By NewsFlashMedia (self meida writer) | 1 months 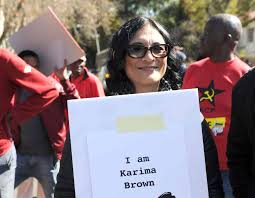 When news broke that Enca journalist and anchor Karima Brown was in ICU with coronavirus, twitter came in support of Brown and her family. Brown has been in hospital for over two weeks now and news broke that her condition seems to have taken a turn for the worst.

Reports this afternoon suggest that Brown has been put on a ventilator to help her breath.

Karima Brown has had a love-hate relationship with the South African social media scene due to her candid reporting and hard-hitting interviews. Her show, The Fix, which airs on Enca has been criticized for being biased and one-sided. 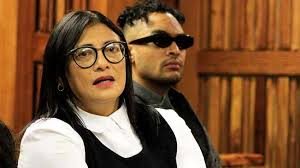 Brown has mostly been accused of being factional to one party and not the others. It was however her latest comments on the passing of the former minister in the Presidency, Jackoson Mthembu, who died of coronavirus about a month ago. Just hours after his passing was announced by President Cyril Ramaphosa, Brown went live suggesting names to take over the job of the late Minister.

Today, upon hearing the news of her worsening condition, twitter took Brown down memory lane, reminding her of all the ill and “vile” comments she had made about other people, saying that this was her time to feel the pain.

Some even went as far as reminding her of what she said about the late talk radio 702 presenter, Xolani Gwala, who died of cancer two years ago. During his illness and him being unable to work, his employers, Primedia continued to pay him his salary and affording him and his family much needed, help., something Brown questioned.

Newsflash Media cannot confirm Brown’s current health situation as her family has not reported on it, we can only wish her a speedy recovery.

Anele's father speak what really killed her, but South Africa disagree and claim he did not know her

Junior Khanye :Samir Nurkovic is a center back.