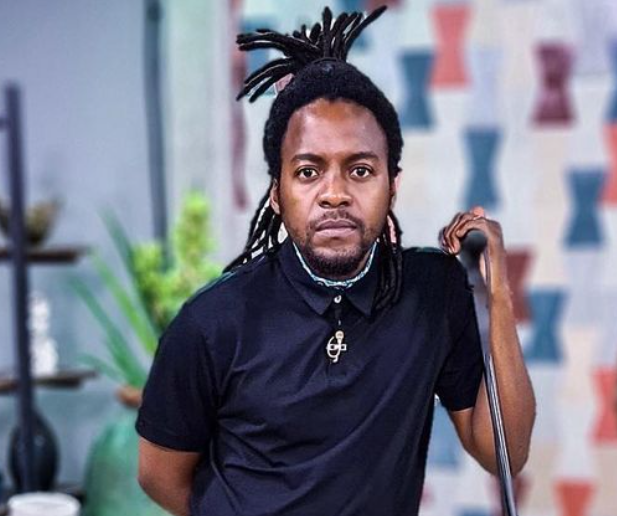 Rapper Ifani has singled out artists he believes should not return to hip-hop if the music industry's dynamics change.

It's no secret that the amapiano genre is dominating the music industry scene in Mzansi right now, and certain hip-hop artists have been chastised for coming on board.

Ifani tweeted on Friday that when the time comes for hip-hop to resurrect and take over amapiano, these artists should not return due to their lack of loyalty.

He picked out three artists who crossed over from their own genres to join the amapiano movement.

Vusi Nova, who recently changed her name to S'Nova, made the list. He has not only changed his name, but also his appearance and genre. 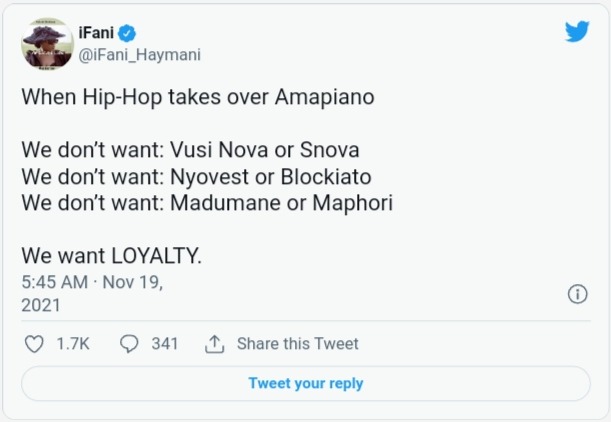 Cassper Nyovest is unsurprising as the number two rapper on the list. They haven't seen eye to eye in a long time. Ifani apologized to Cassper and begged him to unblock him on social media a few days ago, claiming that if the biggest feud in modern hip-hop culture - between Drake and Ye - could be mended, so could theirs.

Maphorisa, an Amapiano DJ and producer, was also referenced in the message. When questioned about it, he stated that the DJ was cool, but he preferred hopping ship.

His admirers were not pleased with his tweet and attacked his rap career in his mentions. "But you're not a rapper either, focus on your corporate job and stop trying to trend using other people's identities," one commenter called him out. 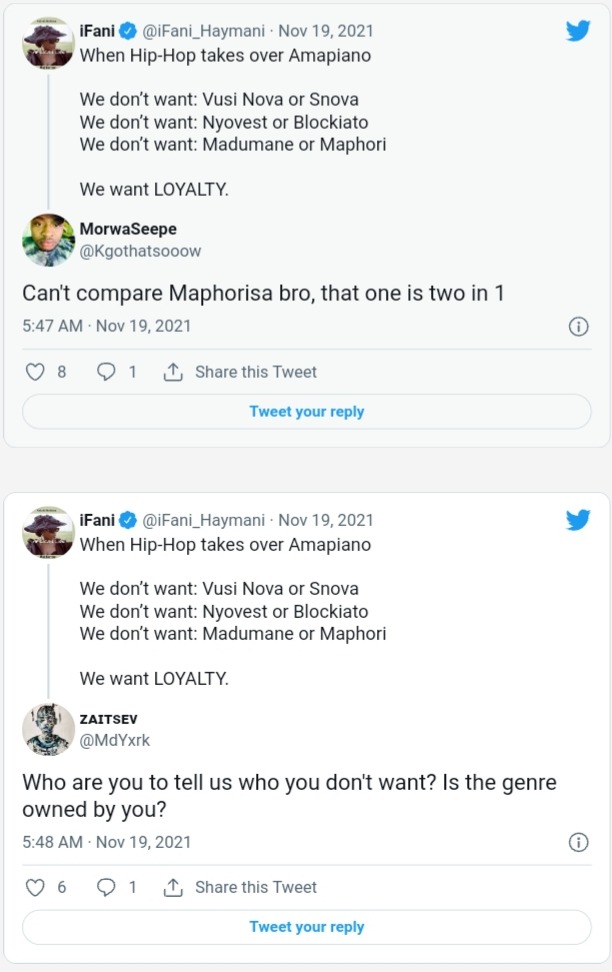 Malema Was Trying To Help Zim To Enter In SA, Instead This Happened

Eight Years After His Death, See How Senzo Meyiwa's Tomb Looks Like