What You Need To Know About The Richest Musician In South Africa 2019, Rebecca Malope

By josethewriter (self media writer) | 7 days ago 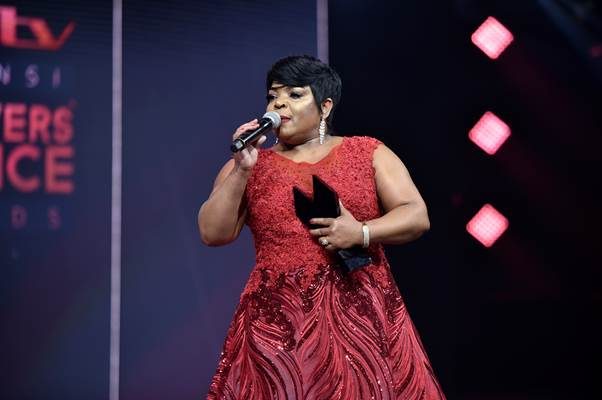 Dr Rebecca Malope, a multi-award-winning South African gospel singer, is known professionally as Dr Rebecca Malope. a gospel singer from Africa "The African Queen of Gospel," as she is known, is her moniker. Her musical career stretches back over three decades. She is one of the best-selling gospel performers of all time, with over 10 million records sold worldwide. The majority of her 35 albums have been certified multi-platinum.

She has been the hostess of the television show It's Gospel Time since 2004, and she never forgets to pronounce "Masimshayeleni'Zandla," which means "let us give him/her a round of applause." She was one of the judges in South Africa's Clash of Choirs in 2013.

Rebecca Malope is a South African gospel singer who was born in 1968 in Lekazi, near Nelspruit. She was confined to a wheelchair at a young age due to sickness, and doctors thought she would never walk again. Rebecca and her sister Cynthia walked 400 kilometers from their home to the Johannesburg township of Evaton in search of jobs in 1986.

She ran into Sizwe Zako at Gallo Studios in 1986, and Sizwe recalled her from their failed auditions. Zako believed that if Malope entered the competition as a solo artist, she could win the Shell Road to Fame with his help. Malope joined the contest as a solo artist in 1987, and with the gospel song Shine On, dedicated to political instability in South Africa during apartheid, she won Shell Road to Fame in the category of Female Vocalist that year.

Despite winning Shell Road to Fame, she had a difficult time finding a record label. MFM finally offered her a recording contract, but she was told that gospel music was prohibited. To compete with Brenda Fassie, Yvonne Chaka Chaka, and Mercy Phakela, who were the biggest female musicians at the time, she was pressured to perform disco tunes in order to sell records.

Rebecca Sings Gospel, Malope's full-length gospel CD, was released in 1992. Malope's celebrity grew as a result of the album, which was favorably welcomed by music reviewers, the media, and fans. She was the first gospel artist whose songs were aired alongside mainstream music such as pop and Afrikaans music. The record has sold over one million copies in South Africa and is considered one of the top gospel albums of all time.

Rebecca has performed at numerous music events across the country, earning the title of 'Queen of Gospel,' and she continues to inspire fans around the world. She has recorded her CDs with a variety of musicians, the most notable of them being Vuyo Mokoena. Her music is usually sung in Zulu, though she sings in a number of languages. Malope launched her own SABC-2 TV discussion show, Gospel Time, in 2004. The majority of her music is now written and produced by 'Ribs,' as she is affectionately known. She currently resides in Johannesburg, South Africa, where she has her own studio.

Rebecca became pregnant in 2004 despite being told she couldn't have children, however the pregnancy ended in a miscarriage. That year, she was able to formally adopt the daughters of her sister Cynthia, who had died of AIDS-related illnesses.

2000 – Christmas With Rebecca and Friends

Thanks for reading, the topics covered here are available for positive progress and critical assessments. Please do well to drop a comment below and share the article with as many as possible as possible.