The Real Cause of Naledi Willers Death Will Make Mzansi Weep

Reality personality Naledi Willers' unexpected death has shocked South Africans. The country was shocked to learn of her demise this morning, and condolences poured in. 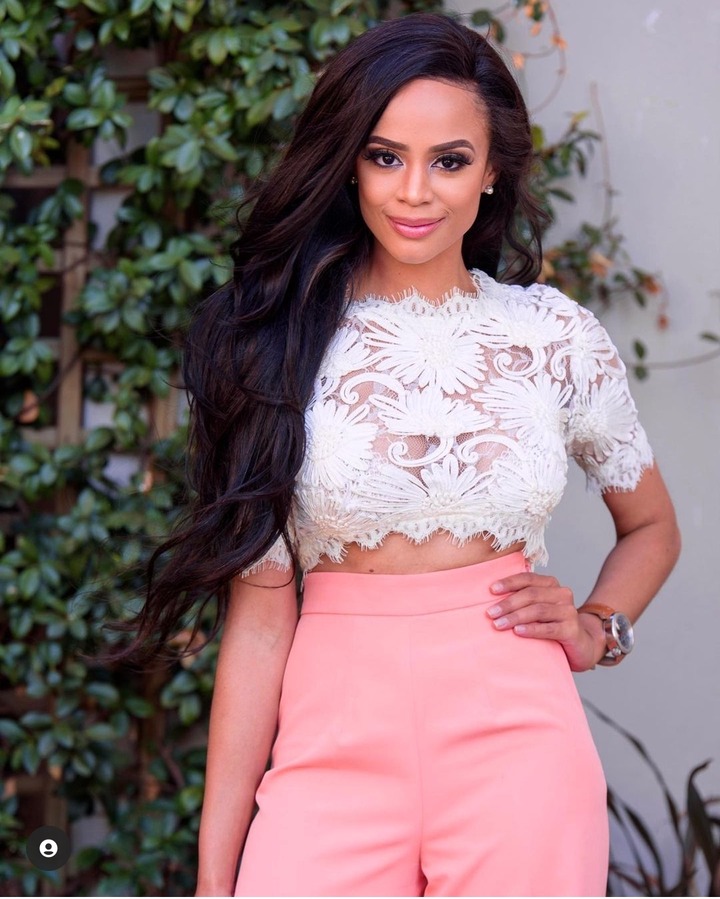 During the first season of Real Housewives of Johannesburg, Naledi became a household name and won many hearts. The reality personality battled cancer for a long period before succumbing.

Ndo Maleho, Somizi's buddy, paid a heartfelt tribute to Naledi on Instagram: “Rest in peace @nana01gp You fought well. Mma and Humile tried their utmost to make you comfortable and well-cared-for. Go tseba Modimo feela gore last week. That you once had me drive to Botswana ka nkane, I told you as I held your hand. Then you mocked my green ZCC outfit. Last words to me. The agony is ended. Now you can rest. I'm devastated, but God help Mama. Goodbye, my friend. Until then. “I adore you!” 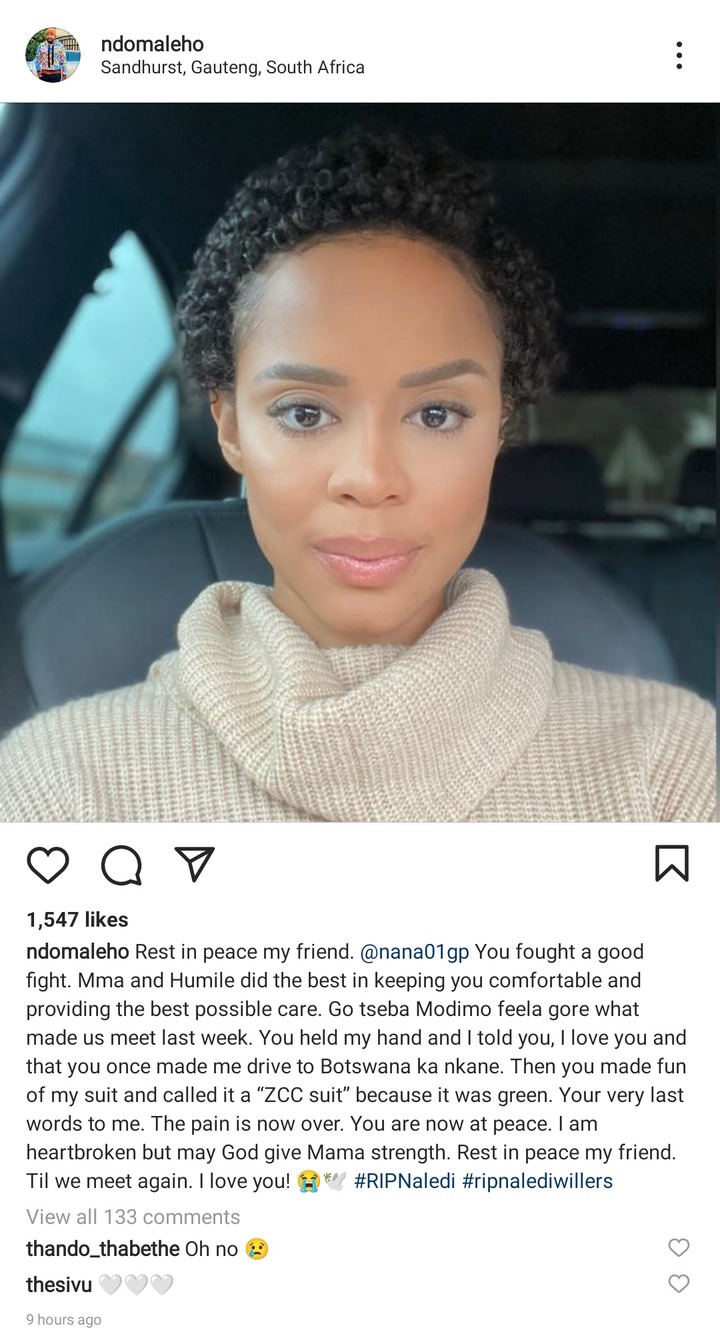 Since her death broke on social media, she has been trending on Twitter. Tweeps pay condolences to her family and remember her.

Naledi recently sent a touching message to her supporters, urging them to send her flowers while she was still alive.

“Don't bother our mothers when they're mourning by trying to buy booze after the burial. Or foolish marquees and bells and whistles for an unknown funeral,” she wrote. 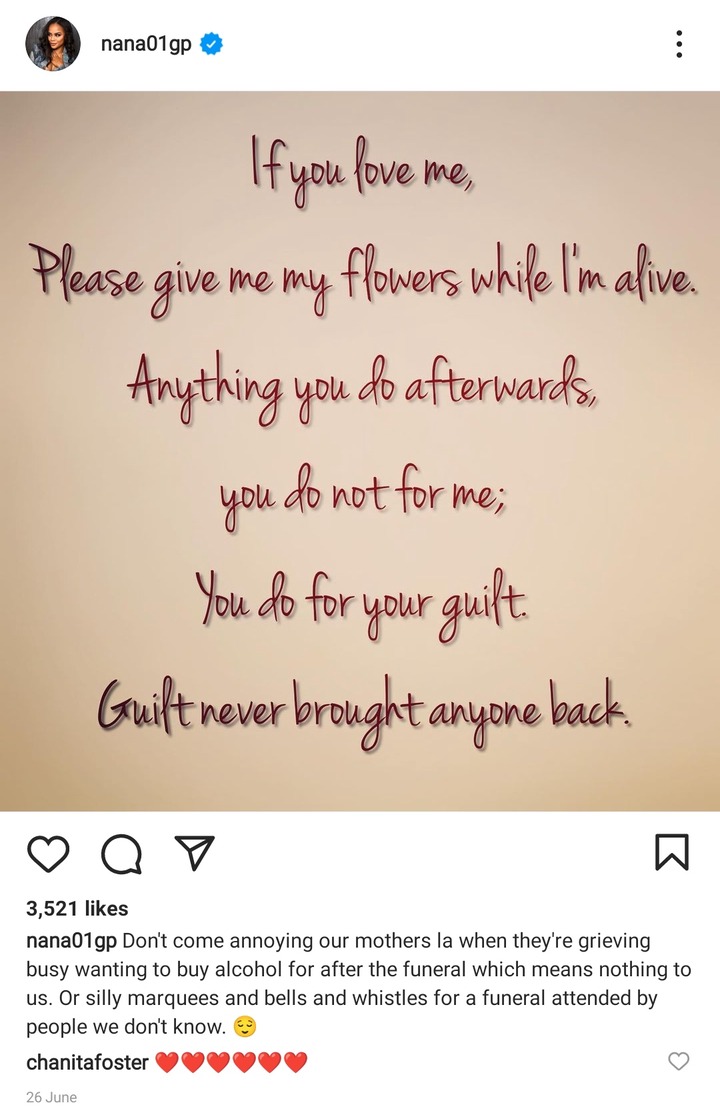 However, the reason of Naledi Willers' death has not yet been determined. When Naledi was diagnosed with stage 2 triple-negative breast cancer earlier this year, she shared the news on Instagram. On Instagram, she posted an image of herself shaving her head and penned a lengthy message in which she talked about her time in the military. According to the model, she was diagnosed with breast cancer near the end of her last law school assignment on November 29, 2019. To discover how much of a change a year can make, she began sharing photos to her Instagram account.

During the world-wide freeze that followed the introduction of the new virus, Naledi continued to hope that she would not contract the virus while undergoing chemotherapy, since this may have been fatal. In 2017, Willers married DJ Quinton "Naked DJ" Masina of Metro FM. Despite the fact that the couple divorced after only two years of marriage. Since the news of Naledi's death broke, social media has been swamped with condolences and RIP posts, as well as messages of sympathy from Naledi's friends. When Thembisa Nxumalo learned of the deaths of two people in the span of one week, she slammed the sickness and rushed to Twitter to express her outrage. Naledi Willers' family and friends are in our thoughts and prayers.