Unathi got dismissed from Kaya 959

By LeeRa (self media writer) | 2 months ago 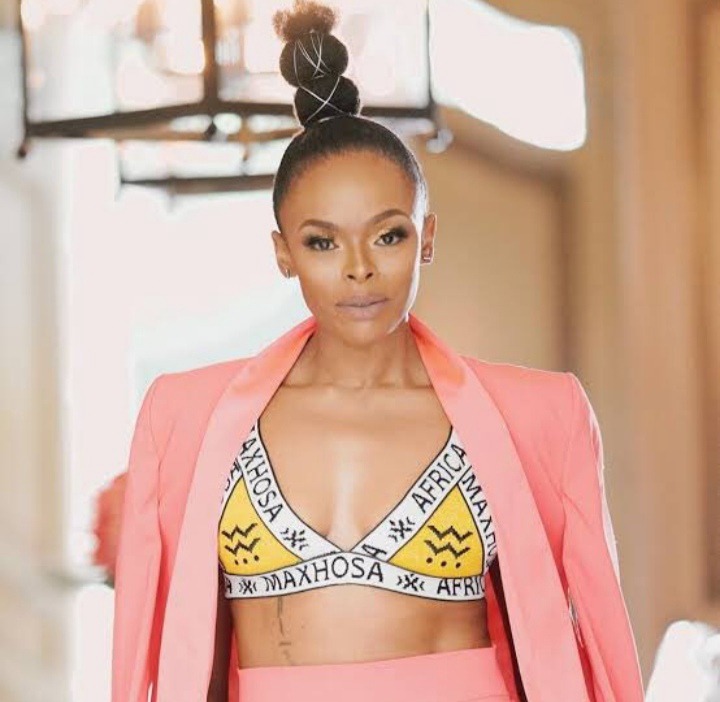 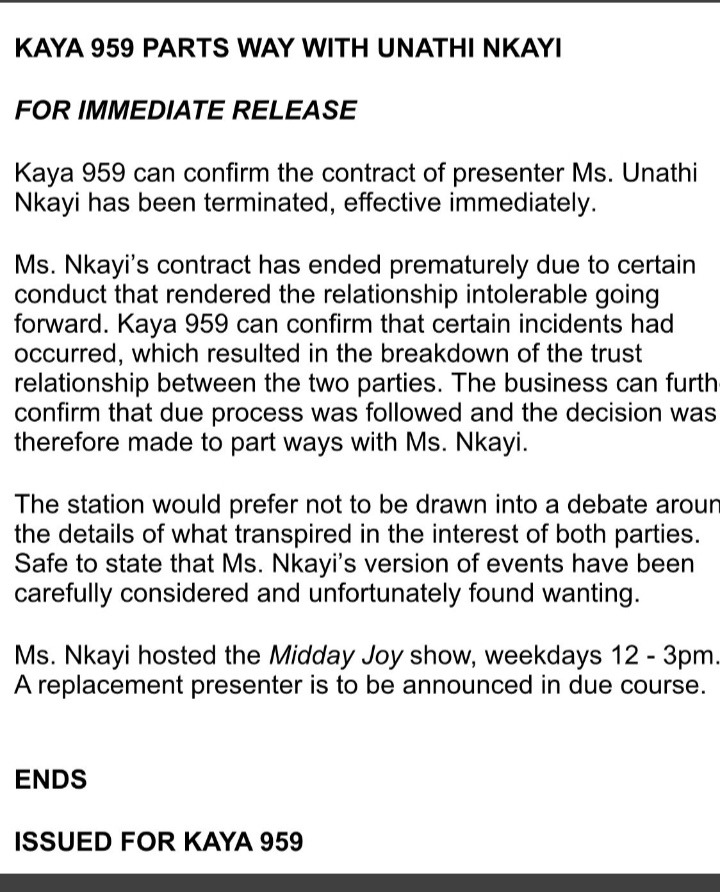 Rumors on social media say that the person behind Unathi's dismissal could Sibongile, apparently there's a beef between the two and Sibongile once said Unathi won't last in the radio industry.

It was almost obvious when Sbongile (the MD) joined Kaya that Unathi's days were numbered.Unathi left Metro in 2017 after "intolerable relations" with the same person.It was coming.

Following news of IdolsSA judge being sacked by the radio station, #KayaFM #Unathi took to Instagram posting a video and said in the caption that she has been at home all week.

“Ms Nkayi’s contract has ended prematurely due to certain conduct that rendered the relationship intolerable going forward. Kaya 959 can confirm that certain incidents had occurred, which resulted in the breakdown of the trust relationship between the two parties. The business can further confirm that due process was followed and the decision was therefore made to part ways with Ms Nkayi,” the station said, before adding that her version of events was carefully considered and found wanting.

Other people are saying it's karma after dropping Somizi and being rude to him. Her loyal fans remain loyal to her by showing her support.

Content created and supplied by: LeeRa (via Opera News )

REVEALED:MacG explains why he removed embarrassing conversation AKA and Dj Zinhle had in podcast

The return of SLIK TALK?