By Rebelwailerwrites (self media writer) | 5 months ago Looking at the ladies we have in our South African music industry and all the good music they gave us, There is one lady in particular who seems to have outdone a lot of ladies and that lady is Nomcebo Zikode, I mean look at how big Jerusalema is/was and do also look at how the Likes Xola Moya wami are among one of the biggest songs we have in Mzansi.

So now here we are, Last night we had the South African music awards and with her songs being that big, A lot of fans seems to have concluded that she was to win something especially the best female artist of the year, but it ended up being won by Sho-Majozi Nomcebo's fans seems unimpressed an has been attacking the SAMA27 through Tweets,For instance have a look at the tweets below 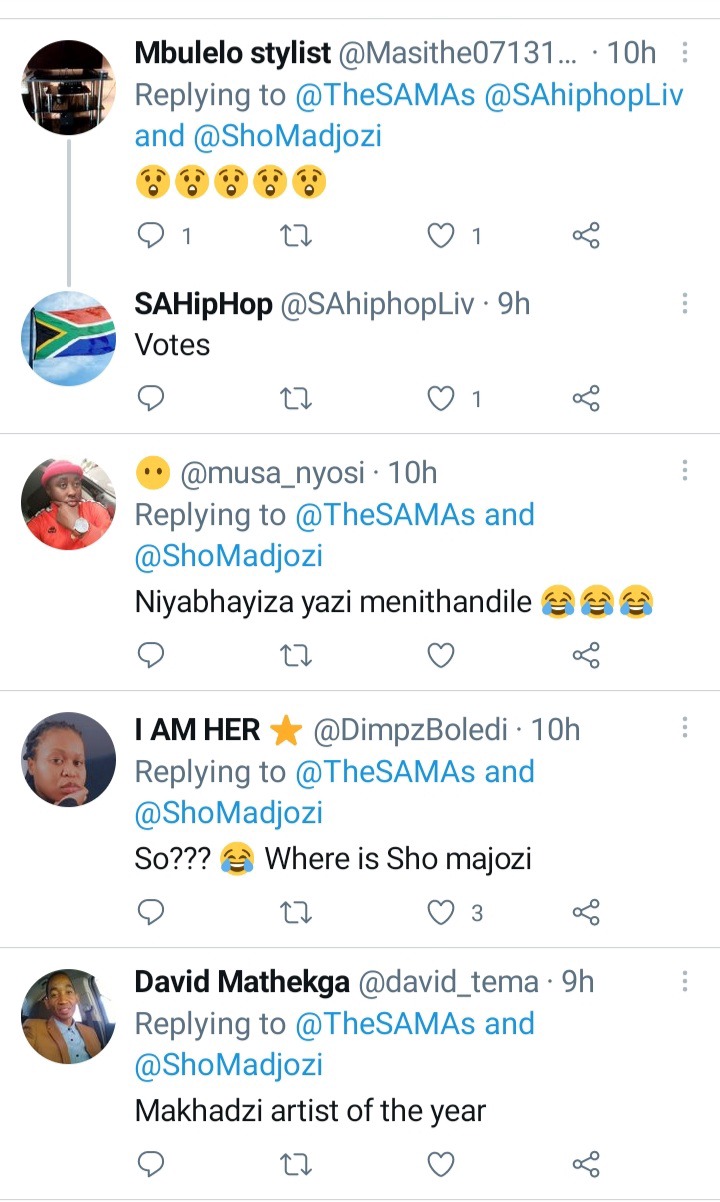 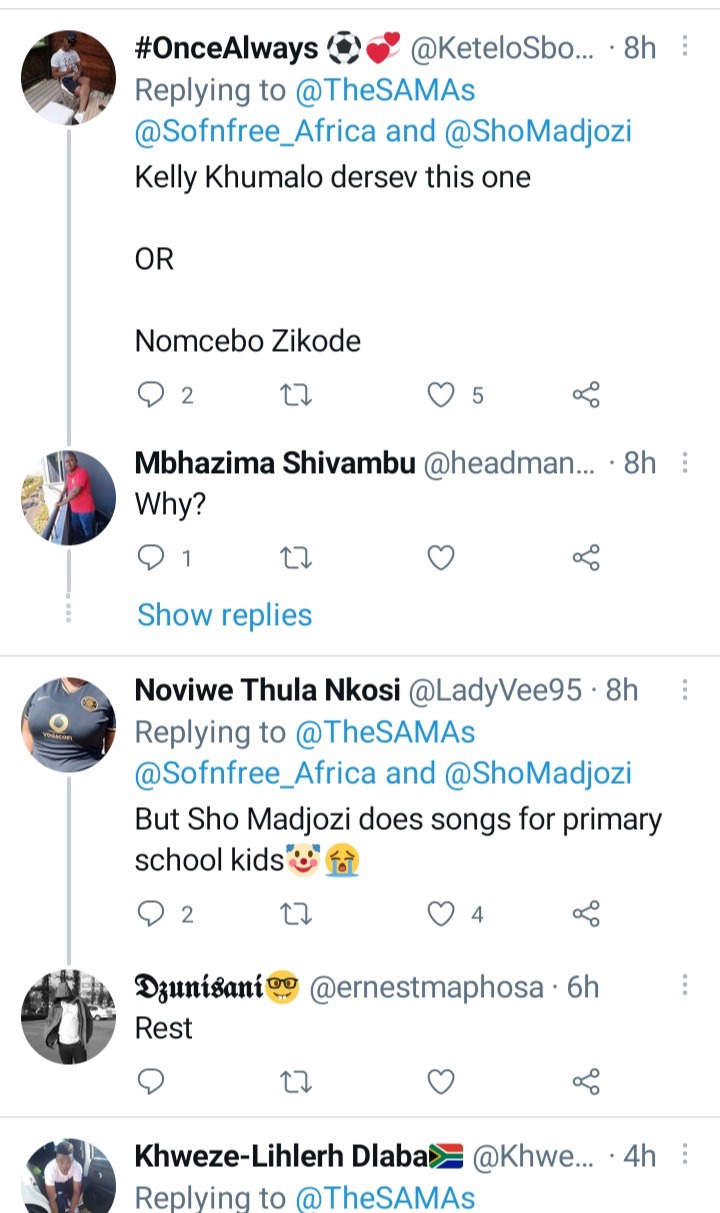 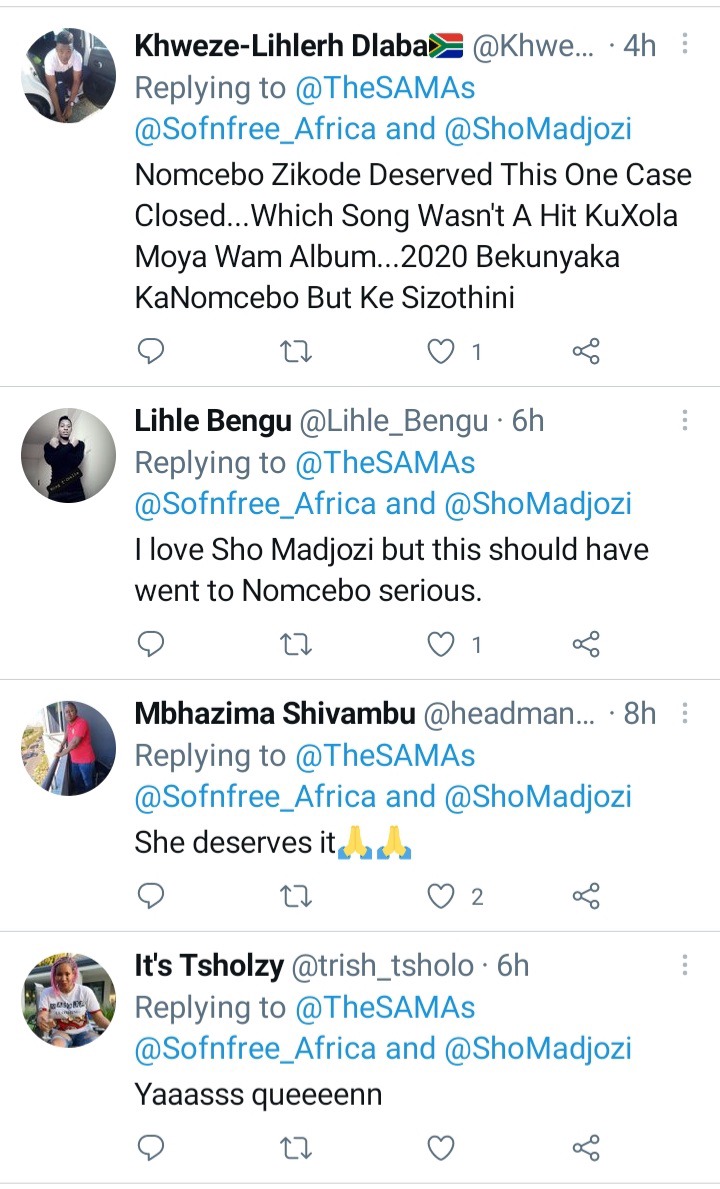 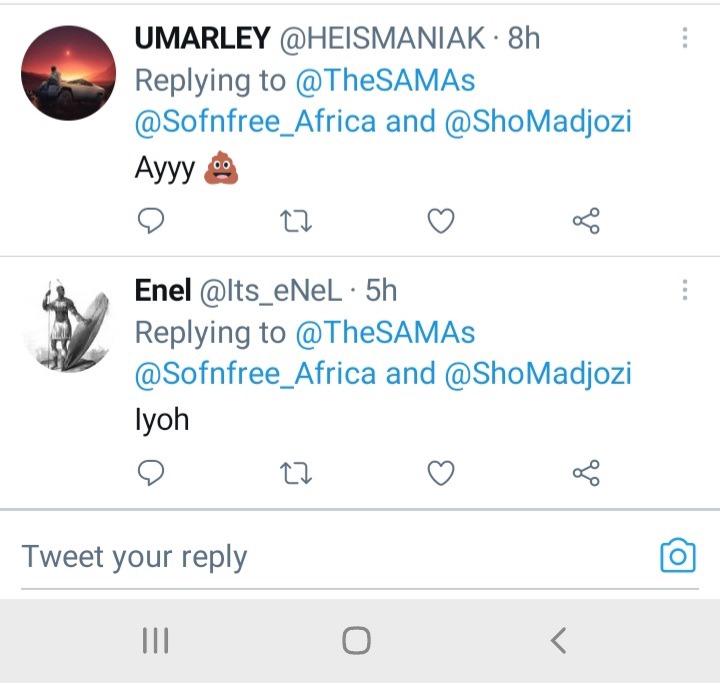 With all that being said let us try to Comapare the performance of Sho-Majozi's album on YouTube with that of Nomcebo an see if the fans could be raising valid points on this one or nah.Have a look at the attached screenshots below.

Now have a look at Nomcebo's album performance in the screenshots attached below.

How could fans vote for an album they did not listen to? I mean does this Sho Majozi win makes any sense to you? Or you also think that people saying it should have been Nomcebo are right? Please leave some comments below