Thabsie's recent outfit leads to a fan asking her if she is carrying guns.

Thabsie is a singer, songwriter and businesswoman. She is an R&B vocalist. She became popular after she was featured by Kwesta on Ngiyaz'fela Ngawe. It has to be one of the biggest songs of her career. The song went on to win awards. 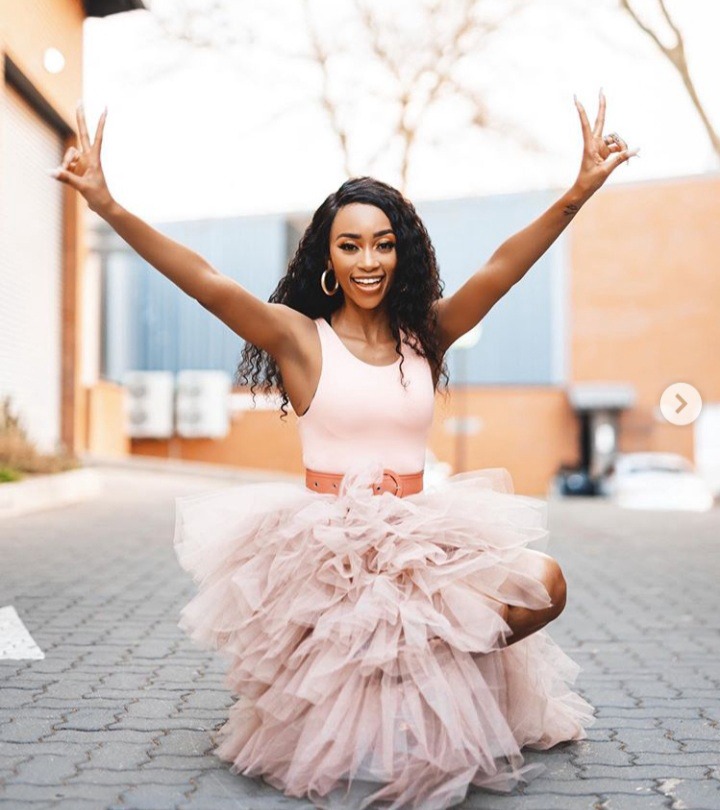 She released some of her own songs one of them being African Queen. She was also featured by Mlindo the vocalist on Macala. It also had a good run when it was released. They even went on to perform it on SA Idols. It is hard to believe she was a back up singer before. 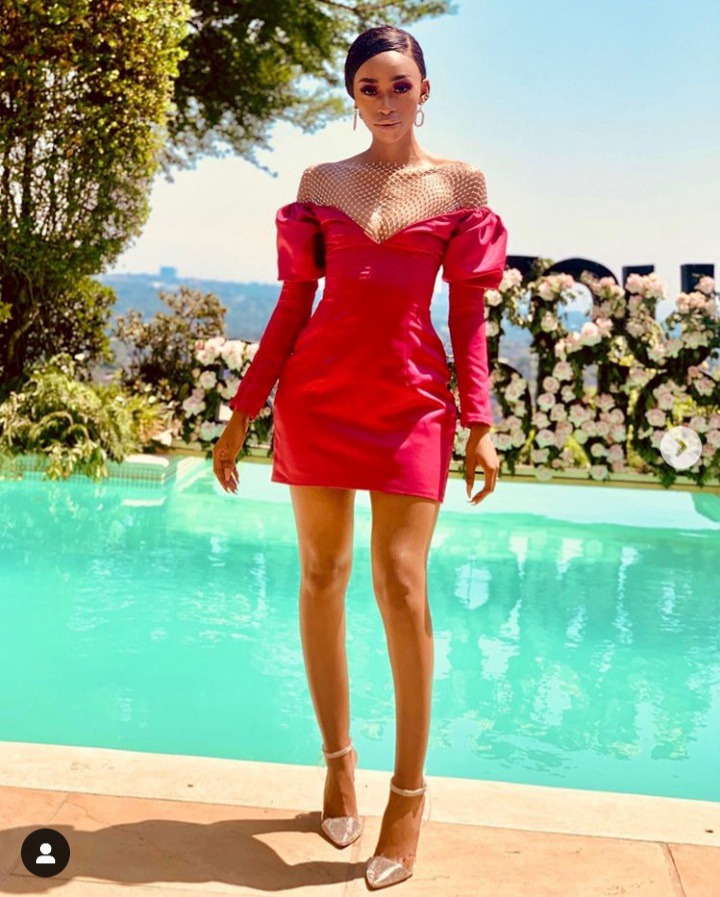 The singer celebrated her birthday yesterday in a beautiful photoshoot by Still by Tom and DJ Zinhle. She was sitting on a Jiyane Alterior sofa serving goals. She posted pictures of herself going to a meeting wearing a shirt with a corset. The corset looks like gun holders. Hence one of her fans asked her if she is carrying guns. 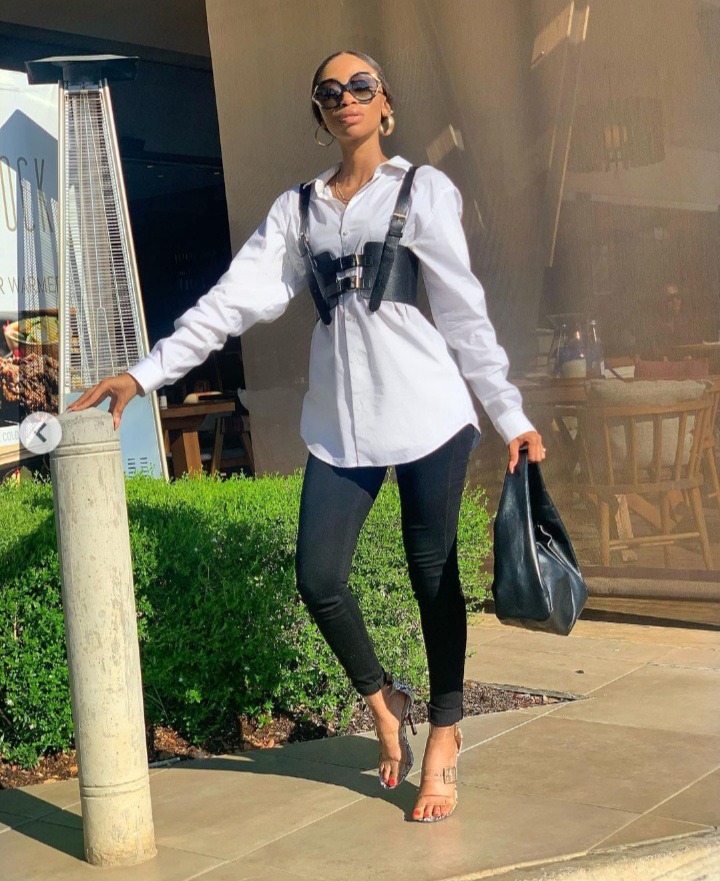 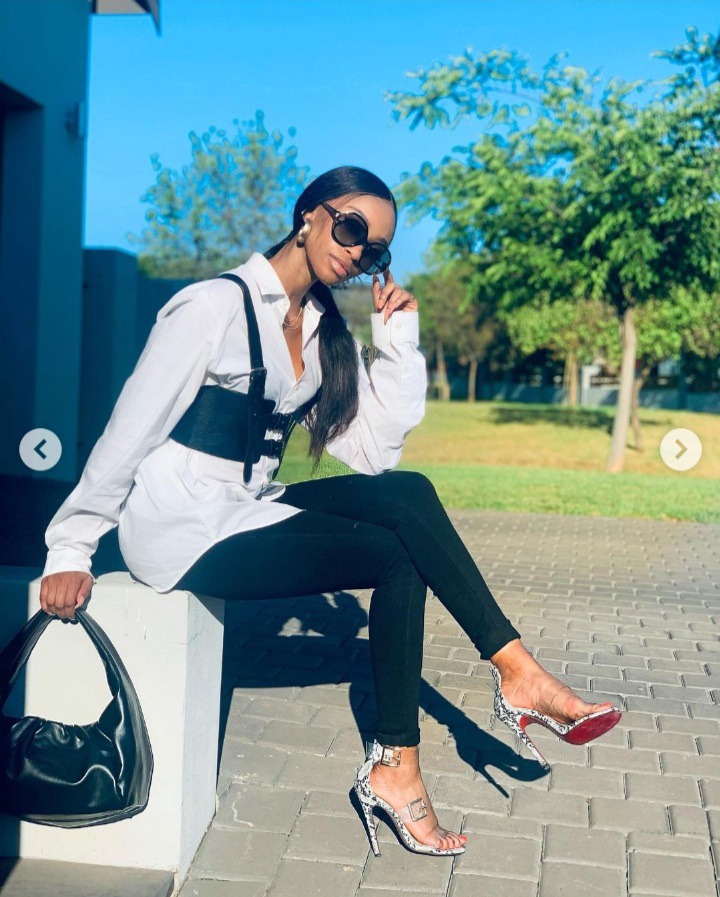 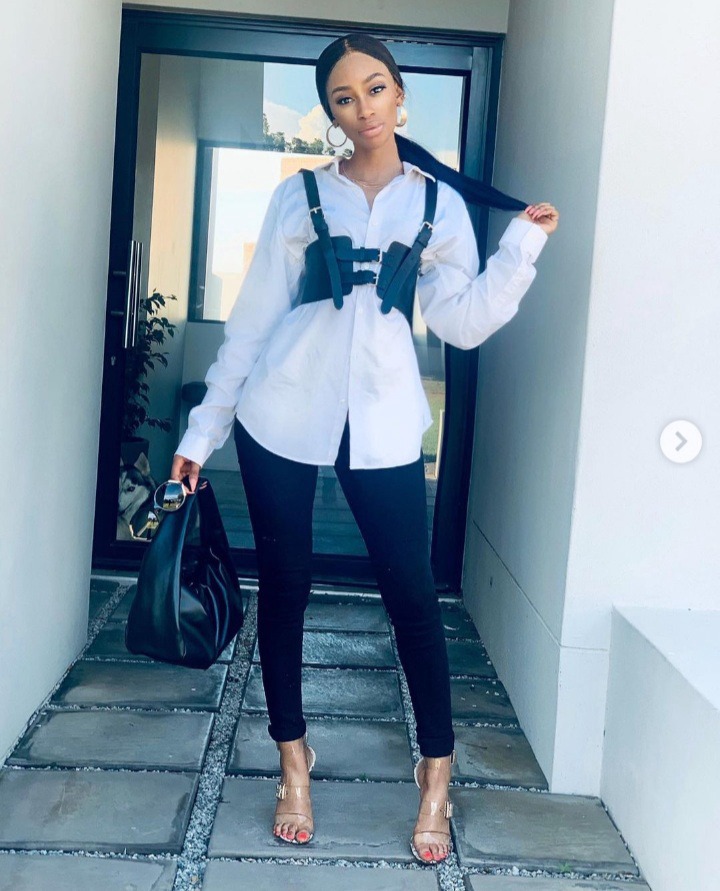 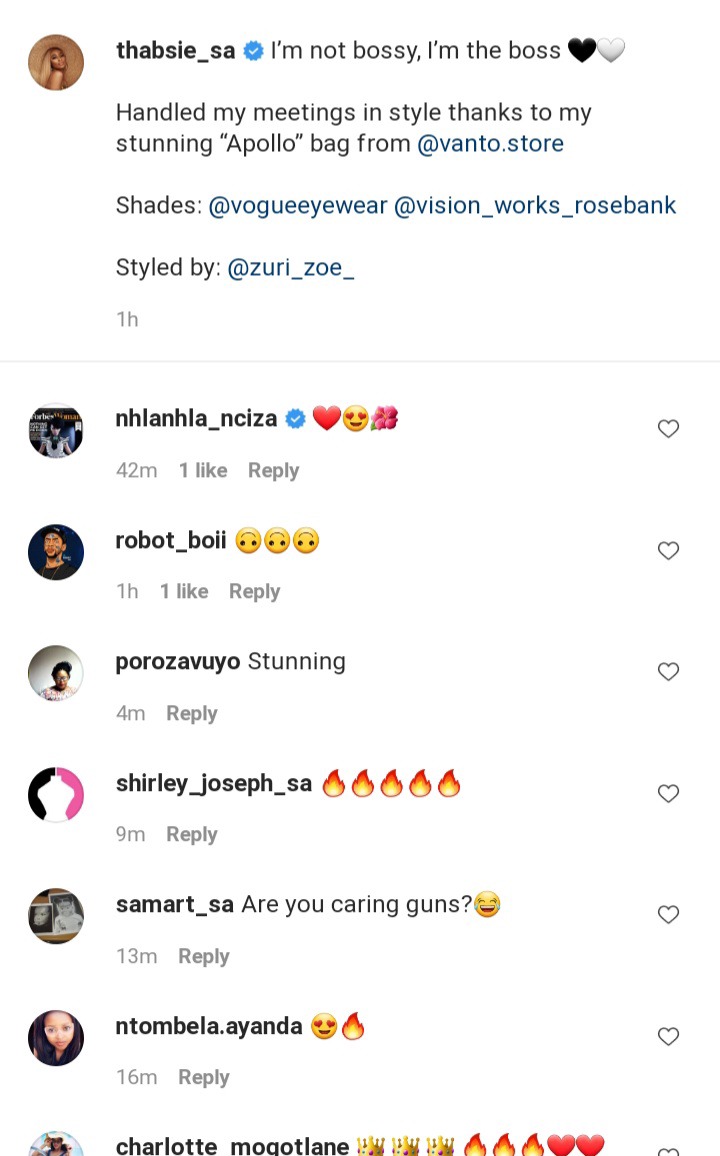 Content created and supplied by: PennyM (via Opera News )

DJ Zinhle Kwesta Mlindo SA Idols Thabsie
Opera News is a free to use platform and the views and opinions expressed herein are solely those of the author and do not represent, reflect or express the views of Opera News. Any/all written content and images displayed are provided by the blogger/author, appear herein as submitted by the blogger/author and are unedited by Opera News. Opera News does not consent to nor does it condone the posting of any content that violates the rights (including the copyrights) of any third party, nor content that may malign, inter alia, any religion, ethnic group, organization, gender, company, or individual. Opera News furthermore does not condone the use of our platform for the purposes encouraging/endorsing hate speech, violation of human rights and/or utterances of a defamatory nature. If the content contained herein violates any of your rights, including those of copyright, and/or violates any the above mentioned factors, you are requested to immediately notify us using via the following email address operanews-external(at)opera.com and/or report the article using the available reporting functionality built into our Platform 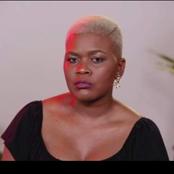 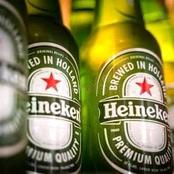 A nurse makes a disturbing confession about the orders they are given that kills people. 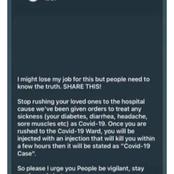 OPINION :When is the Load Shedding Going to End ? 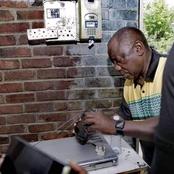 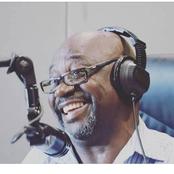 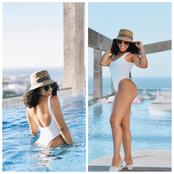 I Stared Into A Mirror For Too Long, A Witch Captured My Soul & Turned Me Into A Tikoloshe- Fiction 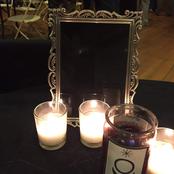 Imbewu| viewers react to the episode 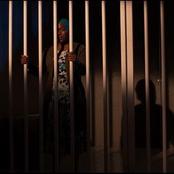 Jacob Zuma is a sports man in bed says the "wives". Opinion 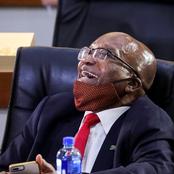 Zuma's ANC Faction Is Allegedly Winning The Battle, Even Ramaphosa Talks Of Resignation 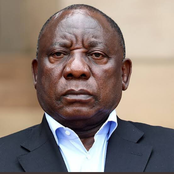