Africa Tsoai: see an in-depth of Maputla personal life in reality and learn all interesting facts 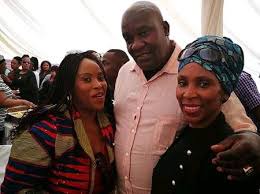 You know Africa Tsoai from his role as Mr John Maputla in the SABC1 soapie Skeem Saam. He was born in Hebron-Graskop in Mpumalanga and he was raised by his extended family, mostly his grandparents, uncles and cousins. He was an aggressive person from day one.

He taught himself fine arts and later graduated with a diploma in 1989. In 2000, he also took a sound engineering course at In-house Records in Randburg.

How old is Africa Tsoai? Not as young as Euphonik age. However, his story is inspiring. He is the typical grass to grace case with a fine twist to it. He made it in life with the beating in his chest, and a belief that one day things will be better for him and indeed things have been better for him. This is his life story.

Best known for his role on Skeem Saam as Ntate Maputla. Mr Tsoai is a thrived South African actor. He is from a humble background, and he worked his way through the ladder until he he became one of the famous South African actors starring in popular television shows.

Tsoai was born in Hebron-Graskop in Mpumalanga - a place that is below one of Mpumalanga tourists destinations Gods Window. He grew up with his extended family and graduated from Rudolph College in Johannesburg, where he studied graphic design. Tsoai taught himself arts and was very enthusiastic about it. He got his diploma in 1989, and later in 2000, he joined In-house Records to do a sound engineering course in Randburg.

Tsoai was popular in the 90s. He led a role in Makgonyana Matswale, an SABC2 Sepedi drama series and he also led another role in Bophelo ke Semphekgo, a Sepedi television drama series.

In 1996, he started his own business. He has worked as a photographer, model and then he has done impressive work in SABC drama series and international movies. He has also participated in transportation, producing, copywriting, and voice-over. His hobbies and interests include watching soccer matches, fishing and reading on nature and conservation. His favourite movie is "Heat" while "Mind Your Language" is his favourite television show.

Africa Tsoai was born on the 4th of July 1967. He will be turning 54 years old this year. The Skeem Saam actor is father to four children and he is a married man. However, information about his wife and their children is not known to the public.

He is a man who likes to keep his life private. He has not declared anything about his wife to the public. Tsoai has been privileged to be a cast in a drama series that has become a favourite in South Africa. 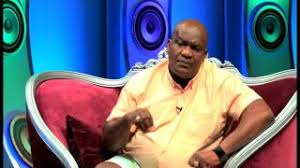