Is Bujy Bikwa Really Apologizing? Look At What He Said, As He Finally Opens Up.

By PulediSA (self media writer) | 17 days ago

Bujy Bikwa has finally issued a statement over his alleged attack on a media personality after days of silence. Boity Thulo Bikwa believes that the rapper agitated him to the point of vengeance, which led to his heinous deeds. Bujy claims that his acts do not reflect his character, and that he has attempted but failed to contact Boity. 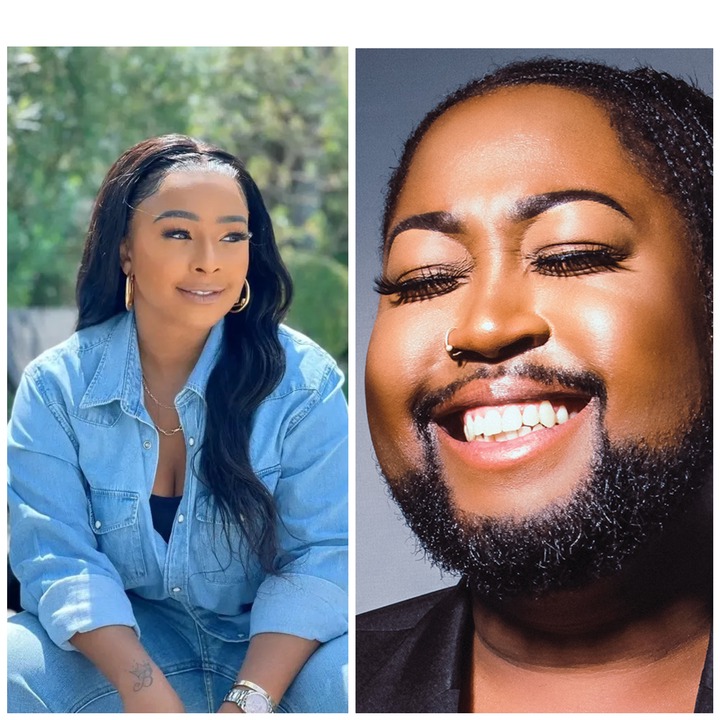 Bujy has spoken out about the bottle-throwing saga, issuing a statement detailing his version of events. Boity is not wholly innocent, according to the former radio host, and the conflict was a two-way street.

More details about the fateful night have surfaced as a result of the release of photographs and voice recordings from the altercation. The newly released Bujy was interviewed by TimesLIVE to get his side of the story. The podcaster alleges that the experience has left him shaken and that he has kept his quiet.

Bikwa publicly apologized for his conduct and attempted to reach out to Boity to apologize for his acts, but his efforts were in vain. He went on to express more about his feelings, saying:

"My intent was to avoid causing any harm to B.Thulo. For instance, why would I do that to Boity? I've been crying for the entire time... I want to relax, but I need to be available for Boity. I need to make sure she's okay... please double-check. Likewise, I'm in such a stress that I can't sleep... I'm not like that; I'm not a violent person."

Bujy said he was profoundly disappointed to be labeled as an abuser in an Instagram statement, despite the fact that he is an ambassador against GBV. As a result, he used the opportunity to share his side of the story of what happened that night.

As Boity was bothering him, Bujy flung the bottle out of fury. Bujy retold the incident as follows:

"I was verbally assaulted and informed that my surname has nothing to do with who I am, and that this is why my career is stagnating in terms of growth; in fact, "what do I do in the media sector because I am actually nothing," she said. 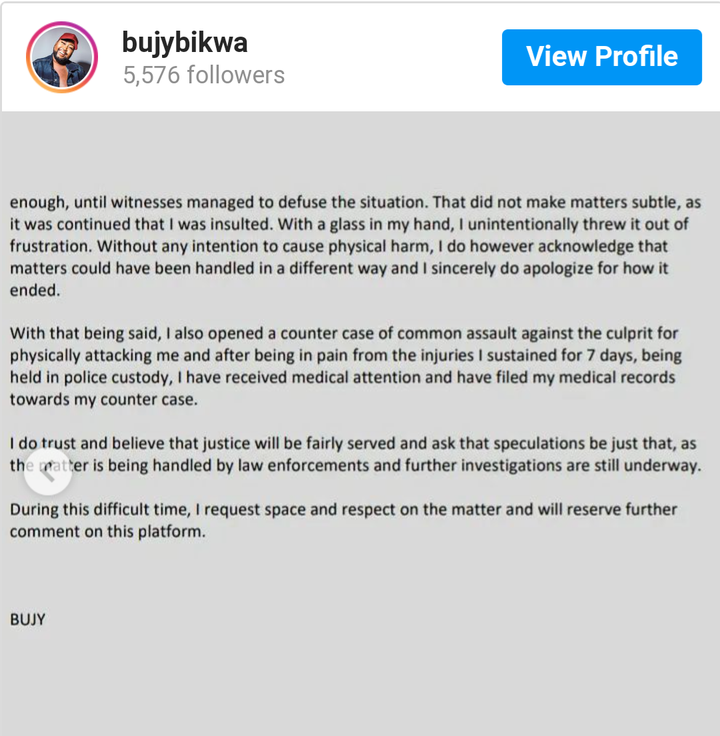 In addition, Bujy told TimesLIVE that alcohol was a crucial part in the fight's escalation. He stated, "

"Everyone was inebriated at the moment. I literally lost my cool because I felt like the things she was saying to me at the table were so unjust to me. But, in all honesty, I shouldn't have done it."