The never-ending saga that is Jacob Zuma has subjected South Africans to more twists and turns than the majority of other countries have been forced to get through in the entirety of their histories. There has been a greater number of "will he or won't he?" moments than there are episodes in a season of The Bold and the Beautiful. 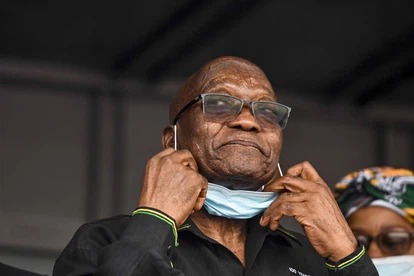 In 2004, a friend and I were discussing Jacob Zuma and whether or not he would ever spend time in jail. One of the topics we covered was whether or not Zuma would ever spend time behind bars. Then, despite allegations of bribery and theft, he evaded prosecution, turning himself into a martyr and defeating the Mbeki at Polokwane, with the trial against him being inadvertently dropped due to the "Spy Tapes," which were, at that point, disallowed from being released. In addition, he defeated the Mbeki at Polokwane.

This week, in spite of a last-ditch effort from his legal team to avoid being arrested, the South African Police Service (SAPS) carried out their "coup de grace" shortly before midnight on Wednesday. It would appear that he is being held in a correctional facility in Estcourt, which is approximately 200 kilometers from Nkandla; however, no photographic evidence has been produced to support this claim.

The question that arises, however, is whether or not this is actually significant. To what extent will this change things? As is the case with the vast majority of issues pertaining to South African politics, the reality is that despite the fact that this matters a great deal and that it will change everything, doing anything about it is completely pointless and fruitless.

The media has frequently used the term "Stalingrad" to refer to Zuma's legal strategy, which is a reference to a battle that took place during World War II that was particularly brutal and destructive. The Red Army was aware that the town that is now known as Volgograd would be the most important juncture as the Nazis made rapid progress into what was then the Soviet Union. They then proceeded to give the battle everything they had, defending street by street until Hitler's Wehrmacht became so entangled and disorganized that they were forced to retreat. What was left of the city was a desolate husk after it had been leveled to the ground. To use yet another historical metaphor, this victory can be described as "Pyrrhic."