By EntertainmentBuzz (self media writer) | 4 months ago 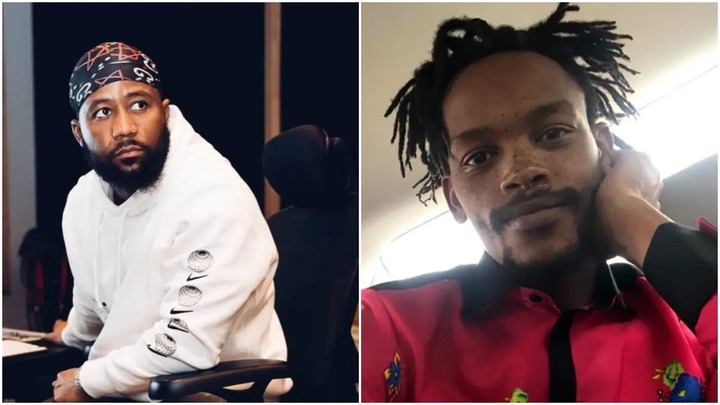 The controversial artist manage has praised cassper for his verse on kwestas hit single Ngud.

Nota admitted that while he may not be too fond of Cassper, "making the decision" for him to feature on Kwesta's hit song “Ngud“ was one of the “best” decisions he ever made in his career.

Talking over Twitter, he said: “In life you get a few opportunities to propel yourself to greatness.

“One of the best decisions I’ve made was insisting on having Cassper Nyovest on this song.

“Even released a day after the anniversary of ’Doc Shebeleza’ out of respect to him. We needed it to shake up. Fill up FNB.”

Now while it might seem like he is also praising himself, which he is, the acknowledgement of Cassper comes as a surprise considering their strained relationship, especially since the year started.

Just last week Nota got tongues wagging when he tweeted his opinions about Cassper's relationship with his partner, Thobeka Majozi.

This was after the paternity of Cassper’s son came into question thanks to claims made by podcaster Macgyver ‘MacG’ Mukwevho.

“I would knock him out. In fact lemme put it like this: Nota, I'll give you R100K to step in the ring with me.

In now deleted tweets, Nota said: “Nah I don’t fight … I challenge you to a rap battle. You go first. Anga is gonna box you on my behalf.

“100K is nothing to me … I’ll rap battle for free. At least I can earn millions in royalties like Composure!” Nota tweeted.

Content created and supplied by: EntertainmentBuzz (via Opera News )

What Is Going On With Samthing Soweto?