By PainkillerBibi (self media writer) | 19 days ago 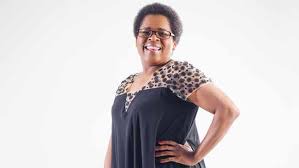 Dieketseng Mnisi is a South African actress who currently plays the role of Nontombi "MaNtuli" Seakamela in SABC1 soapie, Skeem Saam. She is best known for playing the role of pastor's wife Masechaba Moletsane on Stokvel, from 2007 to 2012.

Mnisi is one of the original cast of Skeem Saam together with Harriet Manamela, Africa Tsoai, and Shoki Mmola, to name a few. On-screen, she can depict both villian and heroic roles but what is she like in real life?

Let's find out as we explore the biography of Dieketseng Mnisi.

Where is Dieketseng Mnisi originally from? She was born and raised in Soweto. She grew up in the 70s.

Who is Dieketseng Mnisi's husband? She has been single ever since she divorced her ex-husband Jabu Nkosi (Chirwali). The couple dated till they got married after meeting on the popular SABC1 sitcom, Emzini Wezinsizwa. They were married for 22 years until they went through a painful divorce on the part of Dieketseng in 2005. Together with Jabu Nkosi, Dieketseng has two children who are now grown-ups.

As a result of working hard for almost four decades, Dieketseng has earned a luxurious lifestyle. In 2020, Dieketseng has a net worth of $125 000. Besides acting, Dieketseng is into entrepreneurship, which has consequently increased her income spontaneously.