By Mphiwe | self meida writer
Published 4 days ago - 448 views

Jazz and Afro soul musician, Simphiwe Dana has landed herself in hot water once again for making comments that do not dwell well in people's hearts. 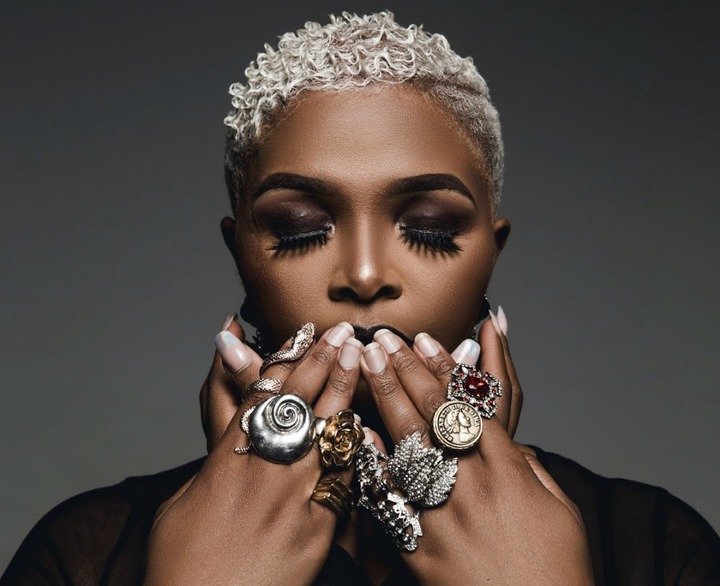 it is not the first time that she finds herself on a wrong side of Twitter. last year she made brutal comments about men and then made it worse for herself when she tried to defend herself.

Today she said something about slim people saying that "the way that skinnies are dying of liver and lung problems that time."

people were disappointed by these comments, saying she is the same person who was screaming "men are trash." 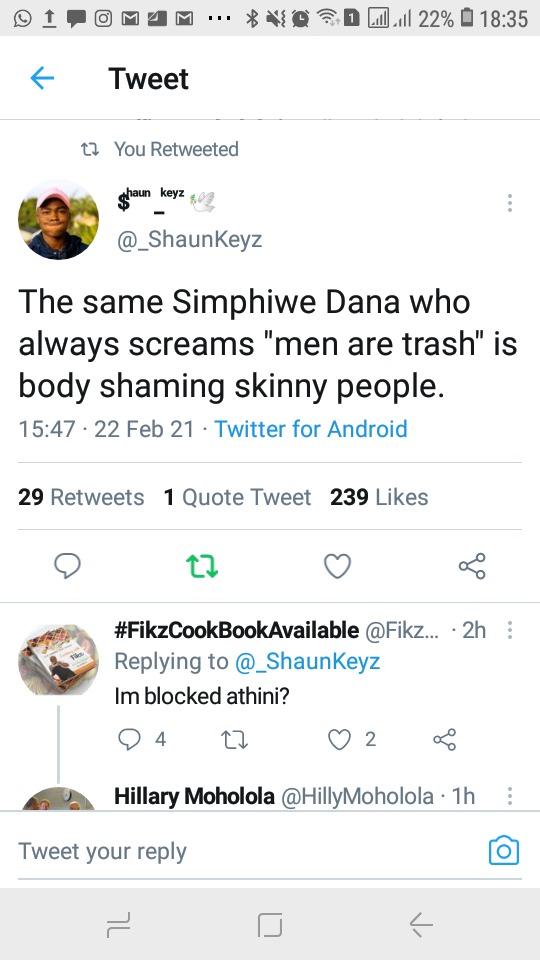 Simphiwe seems to have made a negative mark on her fan base as someone else revealed that she used to like her but this is very disappointing. 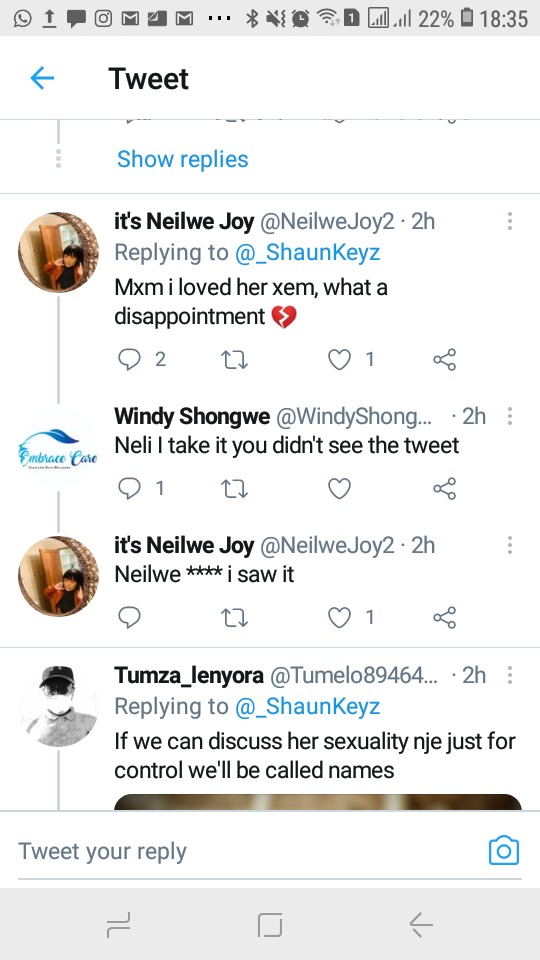 Simphiwe's comments were actually a reply to a thick lady who was complaining about being judged for consuming a lot of chocolates. 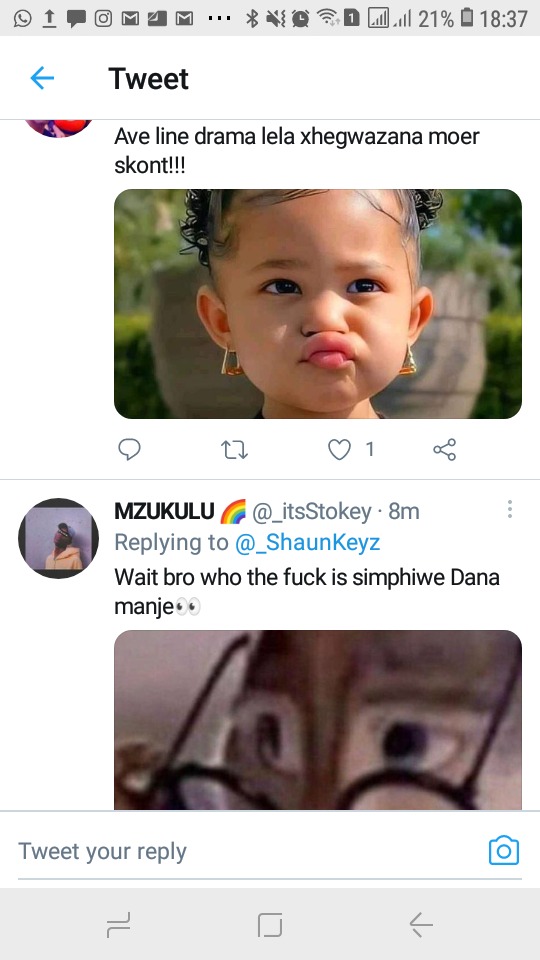 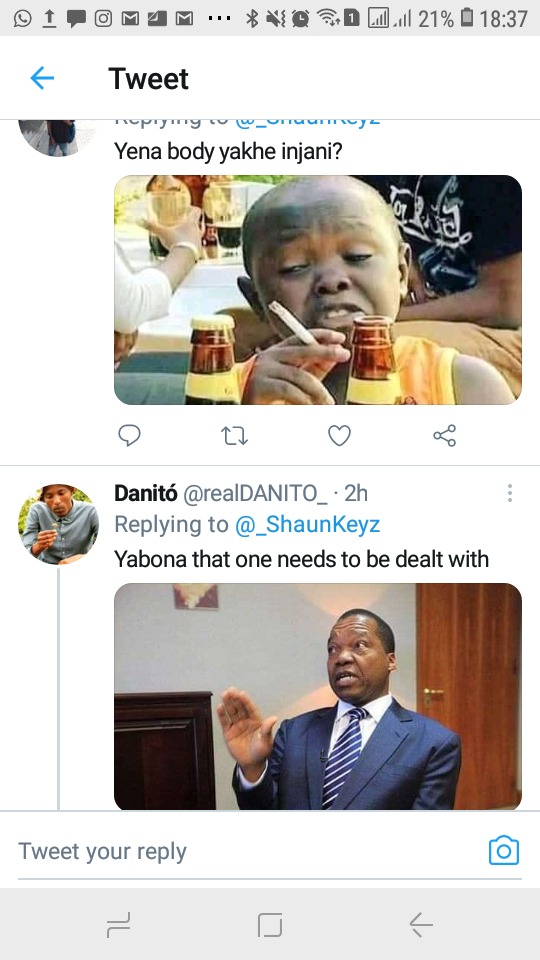 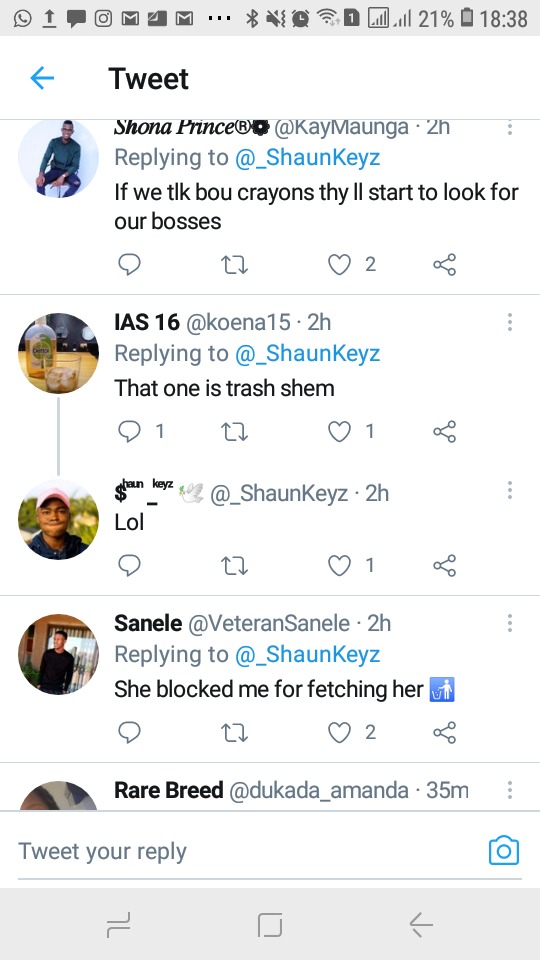 She wrote another tweet saying that her previous comments about skinnies is giving her a rough day. 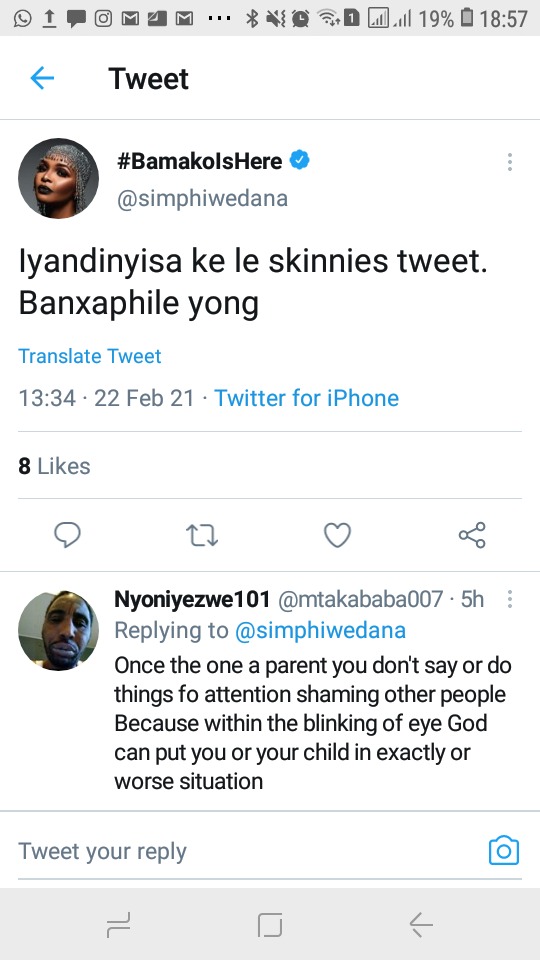 she was told to keep quite sometimes because the comments she made were unnecessary but she responded by saying she will never. 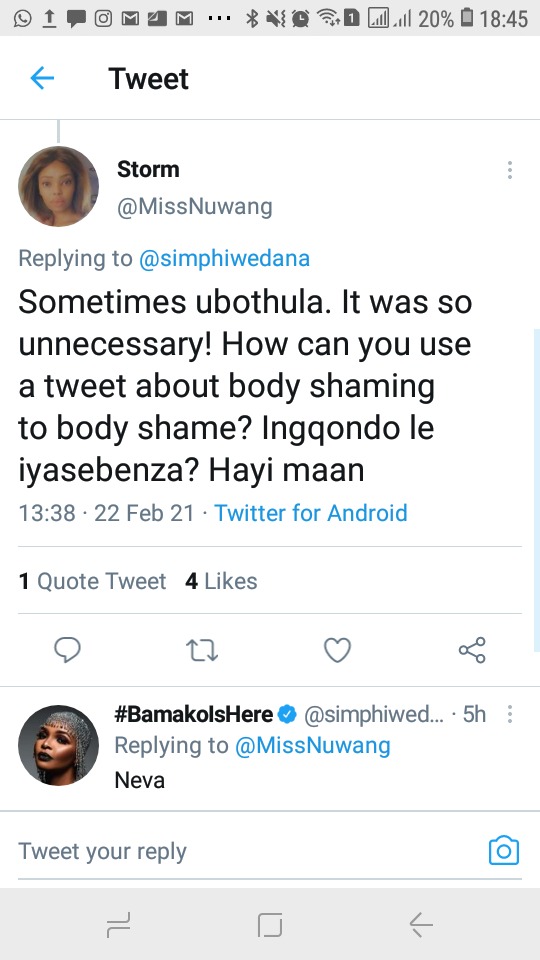 another person told her that one day such comments will be directed to her and she will start screaming "cyber bullying." she responded by saying she tweets on her block because it is fun. 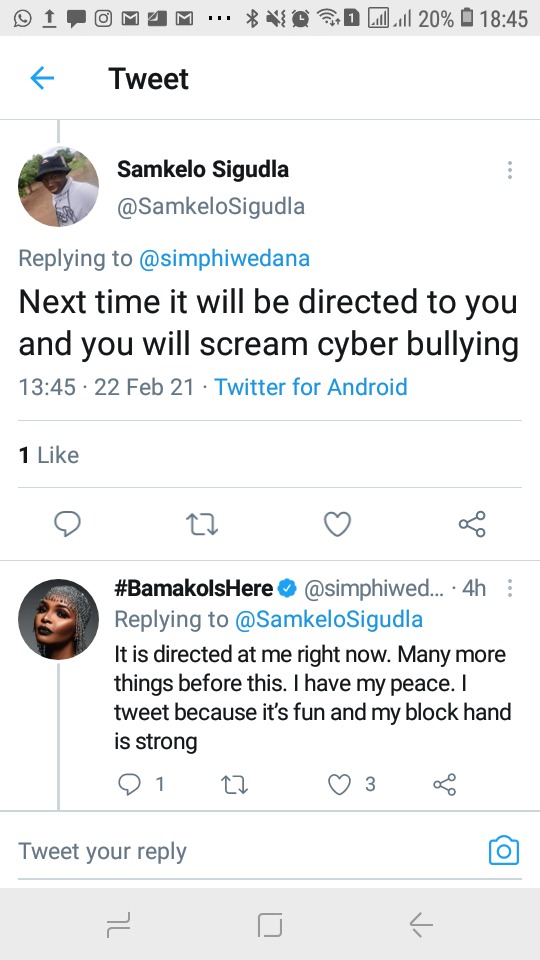 Afro Simphiwe Simphiwe Dana
Opera News is a free to use platform and the views and opinions expressed herein are solely those of the author and do not represent, reflect or express the views of Opera News. Any/all written content and images displayed are provided by the blogger/author, appear herein as submitted by the blogger/author and are unedited by Opera News. Opera News does not consent to nor does it condone the posting of any content that violates the rights (including the copyrights) of any third party, nor content that may malign, inter alia, any religion, ethnic group, organization, gender, company, or individual. Opera News furthermore does not condone the use of our platform for the purposes encouraging/endorsing hate speech, violation of human rights and/or utterances of a defamatory nature. If the content contained herein violates any of your rights, including those of copyright, and/or violates any the above mentioned factors, you are requested to immediately notify us using via the following email address operanews-external(at)opera.com and/or report the article using the available reporting functionality built into our Platform