Who Is Uyanda Mbuli? Interesting Biography of The Model-Turned Actress

By josethewriter (self media writer) | 27 days ago

Uyanda Mbuli, born Uyanda Barbara Sibiya, is a South African on-screen sensation. She isn't your typical celebrity doing ordinary things. She is multi-talented and skilled at what she does. Uyanda is a businesswoman, a marketer, an event manager, a dancer, a fashion designer, an actor, a host of award shows, and a model. With all of this in mind, it's safe to say that Uyanda Mbuli is a successful career lady. 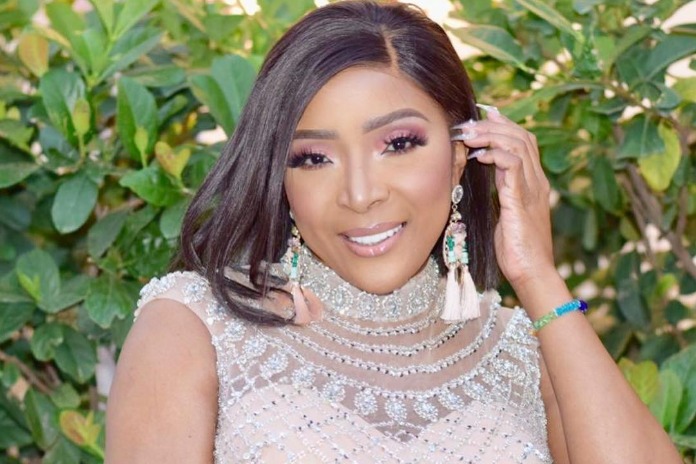 She is well-known for her work as a model, presenter, and actor. She has also managed to balance her many career endeavors with her family life, making it appear like being a career mother is simple. Her celebrity was increased by the public controversy surrounding her relationship with her ex-husband. The beauty queen appears to give it her all in all she does, since she has a solid track record wherever she has worked. So, if you're looking for motivation on how to make a living from many sources of income, go no farther than Uyanda Mbuli, who has demonstrated that it is possible.

Uyanda Mbuli Is A Well-Educated Woman

Uyanda was born in KaNyamazane, Nelspruit, Mpumalanga, on December 29, 1978. She grew up in the provinces of Mpumalanga, Limpopo, and Johannesburg. Despite growing up in many settings, the 42-year-old appears to have been reared in a stable environment. Her family's relocation to numerous locations during her childhood is unknown.

She is the youngest of four siblings and the youngest child of her parents. Rannie and Tamary Sibiya are her parents. Uyanda comes from a loving family, yet little is known about her siblings in the public eye. Pastor Khosi Nyezi, on the other hand, is one of the aforementioned siblings. Nyezi is a pastor at New Light Christian Center Church, where she frequently hosts women's events.

Uyanda Mbuli has a good education. The Guardian Angels Catholic Girls School was a part of her early schooling. She then went on to Damelin College to earn a diploma in sales and marketing management. She has a Commerce degree from the University of the Western Cape and a Project Management degree from the University of Johannesburg. It's no surprise that the all-around lady can have such a daunting professional profile.

She worked as a Publicity & Events Manager at SABC1 from 2005 to 2006, despite her professional credentials. In 1997, she was also the Communications Director for City Power's Media Manager and the Mpumalanga Tourism Ambassador.

She is a Beauty Queen and Actress

When Uyanda Mbuli won the Miss Cape Town contest in 1996, she became famous. This was the turning point in her career as a model. Uyanda had the doors of fame and potential open to her as a beauty queen at the age of 18, and she took advantage of every chance that came her her, proving to the world that she is more than just a pretty face and a pretty body. She won the Miss Mpumalanga Province pageant in 1997 after winning Miss Cape Town. 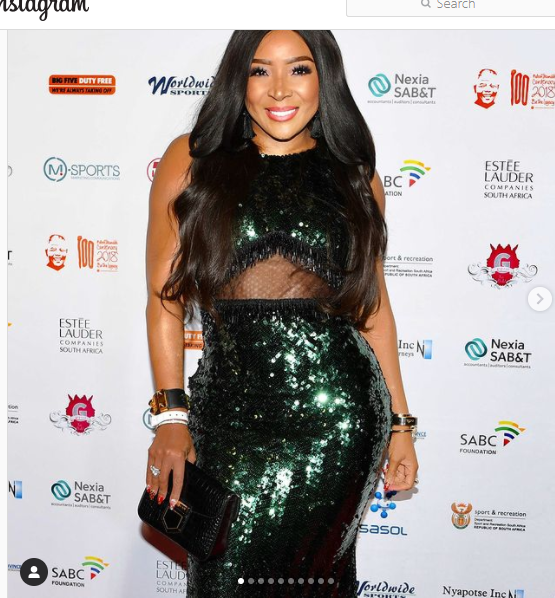 Uyanda went on to do other things in her modeling career, including competing in the Mrs. Globe beauty pageant in 2005, where she placed sixth overall out of roughly 37 participants. Despite the fact that she did not win Mrs. Globe 2005, she did win some great prizes. People's Choice, Contestants' Choice, and Motivator of the Year were all given to her. At some time in her career, the South African socialite worked as a presenter. In 2006, she hosted the Kora All Africa Music Awards and the Daytime Emmys.

Tshisha, a popular SABC1 series, was Mbuli's first acting role. Tshisha tells the narrative of two young people on their quest to realize their ambitions and the decisions they must make along the way. She also starred in Underground Music in the United States, a musical comedy.

In July of 2007, it was released in the United States. Stephanie Hall, a young lady who had just arrived in New York to pursue a career in music but ended up as a backup dancer for a hip hop group, was played by Uyanda. In 2008, she competed in the fourth season of SABC2's reality dance show Strictly Come Dancing with professional dancing partner Ryan Hammond.

Sisa proposed to Uyanda atop a New York building, and the relationship lasted for almost 13 years. Uyanda's marriage was famous and spectacular, as are most celebrity marriages. In 2002, she married Sisa Mbuli, and in 2003, they welcomed a son named Landa Mbuli into their family. Their marriage, however, was short-lived, contrary to popular belief. From the beginning, their home was besieged by marital problems. Around the year 2012, they got divorced.

The Couple Was Involved In a Messy Divorce

The breakup of Uyanda and Sisa was not simple. Given how they continuously trashed each other in public, it's best described as contentious. As their divorce battles heated up, they were constantly in the news. The two were in and out of court, each saying the other was capable of violence and bodily injury. Uyanda claimed her husband was abusing her at one point.

The couple's combined estate was another point of contention. After she demanded an R119,000 monthly maintenance payments as part of their divorce settlement, Sisa accused his wife of being a spendthrift, alleging that she frequently brought a partner to their Kyalami house. She, on the other hand, received half of the value of her matrimonial home.

How Much Debt Is Uyanda Mbuli In and Where is She Now? 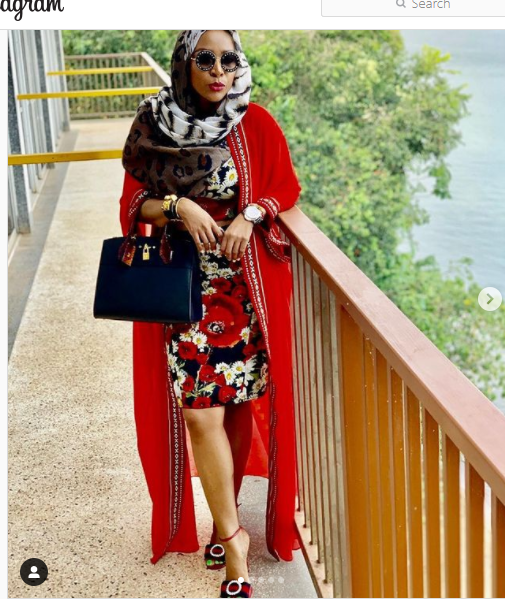 Uyanda Mbuli had a difficult year in 2020, as she is believed to have been on the verge of bankruptcy and was in debt up to her neck at the time. She even ran the risk of being banned. According to the information available at the time, she was R4,279 in arrears on her Foschini account, which she had opened on May 4, 1995 with an R19,408 beginning sum.

She also missed payments on her ABSA credit card for several months, racking up a debt of R46,042 in the process. LGR Attorneys in Pretoria was entrusted with her case. Uyanda Mbuli did not speak to the media about the purported financial crisis. Her alleged return to her ex-residence husband's in Kyalami lends credence to the claimed debt predicament. It's unclear whether her return to her previous marital residence signals a reconciliation with her ex-husband.

7+Photos in paintings by Rasta the artist that will amaze you: OPINION