Some people when they have a dream, they try as hard as possible to make sure that the dream does come true. It's great setting targets and reaching them that's enough motivation for others.

Just like media personality, actress, radio personality and businesswoman Thando Thabethe who posted the car of her dreams on social media back in 2020, here we are in 2020 she's posting the car that she allegedly wanted to buy. 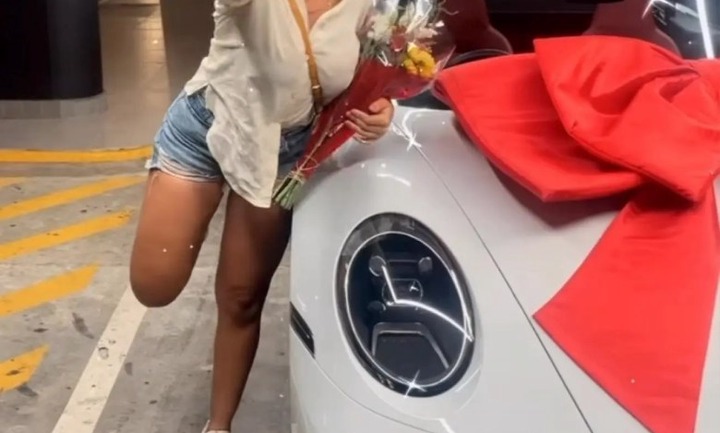 Thando has allegedly decided to spoil yourself with a brand new Porsche which she shared pictures of it on social media. We can all agree that Thando Thabethe is one of the most hardworking media personality in the entertainment industry. There's no doubt that over the years we have seen and noticed hair grow in the hustle and career that she's in.

According to my opinion, she's one of the most influential media personalities who are a great example to the youth of the country. As young as she started in the acting industry and grow up and then ventured into radio, there's no doubt that she can set some high targets and dreams and make them possible, that's motivation enough. 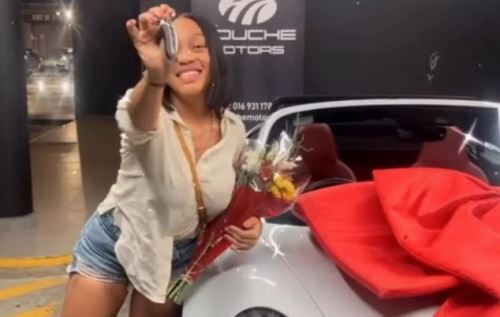 The media personality Thando Thabethe, decided to take to Instagram to show off her beautiful new Porsche that she has just build herself with. According to social media platform Instagram, there are pictures and videos of her posting beside her car and showing off the keys to the car. Many of her fans and followers and fellow celebrities took to the comments section and congratulated her.

According to the screenshot that has been taken from social media platform Twitter last year, the picture below is where she revealed that she wants a Porsche and a 2020 Mercedes-Benz G63. Many people allegedly thought that she was reaching too high in her dreams, but she allegedly prove that no dream is too small or too big as she bought one of her Dream Cars only a year and 3 months later. 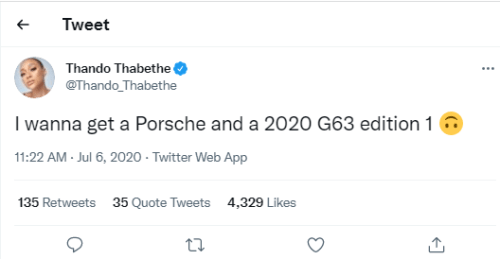 Through her hard work and success, Thando Thabethe was allegedly named one of the Forbes Africa 30 under 30. We can all agree that her hard work is recognised around the globe. Congratulations to her, may she continue to blossom even more.