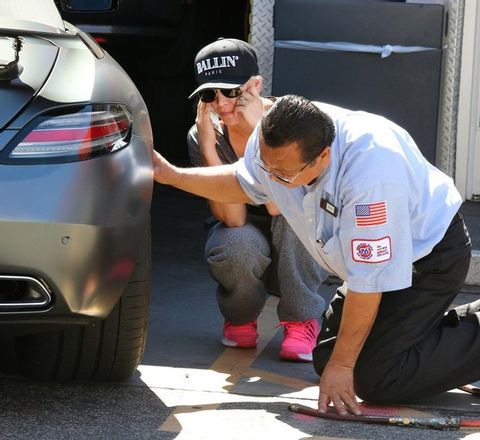 Actress Kaley Cuoco plays Penny on The Big Bang Theory, and she can get Leonard and the guys to do her all kinds of favors just by looking good; and it appears that this is also the case in real life, if this paparazzi photo of the millionaire TV star getting help with a flat tire on her car is any indication!

Though the technician assisting Kaley was probably as as taken aback by the actress's beautiful and sophisticated Mercedes-Benz SLS, which is estimated to be valued at least $200,000, as he was by her celebrity status. 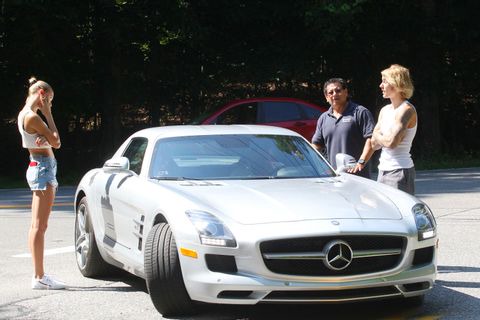 Justin Bieber, like Paris Hilton, is more likely to be photographed by paparazzi crashing one of his fancy supercars or being pulled over by the cops for speeding. Despite the fact that he is still in his early twenties, Bieber has already received a handful of DUIs and has even lost his driver's license after being caught street racing.

Bieber has had a tumultuous relationship with the paparazzi, who have pursued him throughout his career, and he even managed to hit a photographer with his car while leaving a church service! In addition, the singer was photographed having car difficulty when his Mercedes broke down in the midst of the highway. 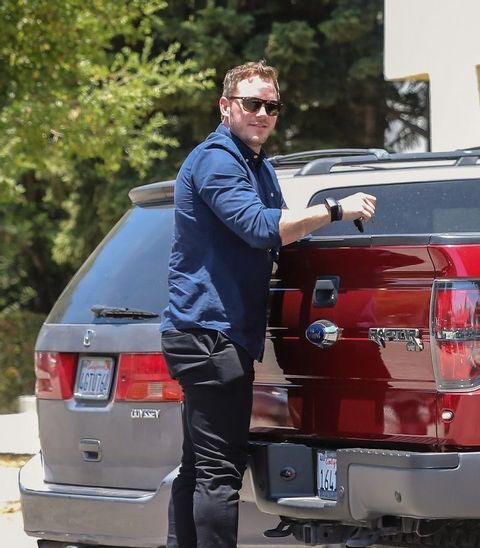 Another Hollywood blockbuster Chris Pratt, Star-Lord himself from The Guardians of the Galaxy films – or to fans of the sitcom Parks and Recreation, just lovable Andy Dwyer! – was caught stranded by the paparazzi.

Pratt is dating Katherine Schwarzenegger, the eldest daughter of movie legend Arnold Schwarzenegger, after his seemingly flawless Hollywood marriage to Anna Faris ended in 2018. He's also a handyman when it comes to maintaining cars, as the paparazzi discovered when he was photographed patching up his truck before driving out to meet buddies. 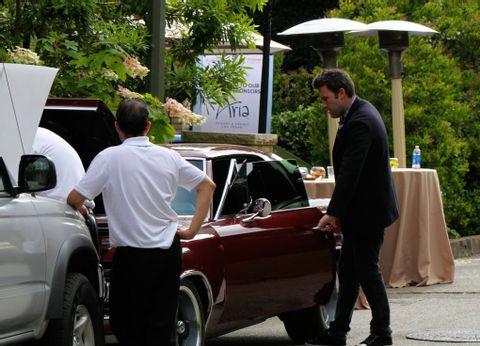 When Ben Affleck was playing Batman, he didn't have to worry about the Batmobile breaking down. Unfortunately for the Good Will Hunting star, real life isn't often like the movies, and after attending a charity fundraising event in the Pacific Palisades neighborhood of Los Angeles, Affleck had to seek assistance from a passing motorist when his car had a dead battery.

After attempting – and failing – to start his vintage Chevy Malibu, Affleck was able to obtain a jump start from another driver, and the photographers were on there to capture the occasion! 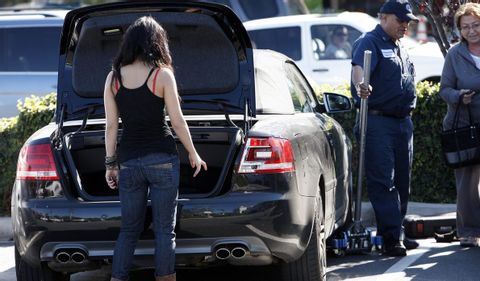 Vanessa Hudgens has spent her entire life in the spotlight, ever since she starred in the High School Musical films as a youngster. She was presumably less than pleased to see the paparazzi in attendance after a shopping excursion with her sister, Stella, at a Beverly Hills mall, when she returned to her car to discover that it had a flat tire.

The couple was forced to wait in the parking lot until a mechanic arrived to address the problem, so they used the opportunity to check out Snapchat; but it might have been a better idea to watch tutorials on how to change a flat tire instead. 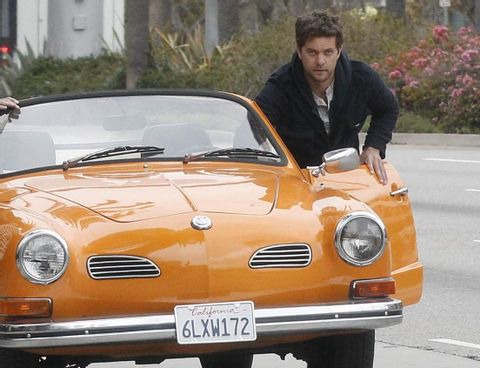 Fixing a flat tire is an inconvenient task, but most drivers can handle it – even if celebrities prefer to hire a mechanic to do the dirty work for them. When Dawson's Creek star Joshua Jackson experienced automotive difficulties in 2012, though, the issue seemed to be a little more severe than a flat tire.

Jackson was driving his then-girlfriend Diane Kruger to the airport when his vintage Karmann Ghia convertible broke down on the side of the road, prompting him to push it out of the line of oncoming traffic – before calling a cab to ensure his beloved made her flight. 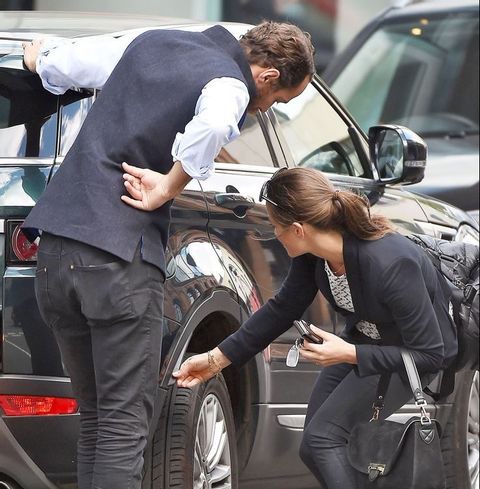 All eyes should have been on Catherine Middleton when she married Prince William in April 2011. However, Kate was overshadowed by her own sister, Pippa, who became the focus of camera attention thanks to her figure-hugging bridesmaid dress!

Pippa Middleton has remained a major success with British gossip magazines since then, so it's no wonder that when her car developed a flat tire in central London in 2015, and she summoned her younger brother James to bail her out, their press photographers noticed her. 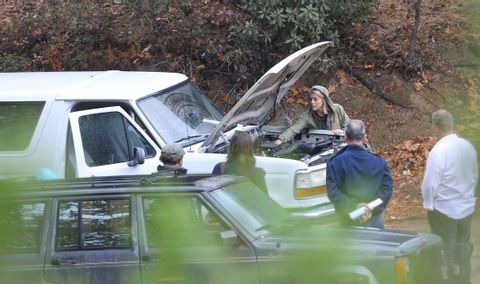 She rose to notoriety as a professional dancer and actor after making her debut on Dancing with the Stars in Season Four, which she went on to win with speed skater Apolo Anton Ohno, and then again in Season Five with motorsport champion Helio Castroneves. She also appeared in the 2011 version of Footloose and the 2016 Fox live production of Grease.

Hough has become a paparazzi favorite, and she was recently photographed having significant car issues in Los Feliz, California. Worst of all, her automobile broke down in the middle of a rare rain storm in California!