By MissMomo (self media writer) | 27 days ago 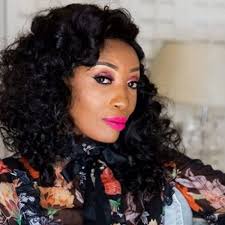 Sophie Lichaba's life in the spotlight has had many twists and turns.

Ndaba is still one of South Africa's brightest stars, more than 26 years after she first appeared on our TV screens. She made her debut as 'Queen' on the classic SABC1 soapie Generations in 1993.

Sophie Ndaba is a 49 year old woman. She was born on the 29th of June 1972, in Soweto. She looks forward to her birthdays - on her birthday, she gives back.

She is passionate about children's charities because she grew up in an orphanage. Her mother sent her to a Zimbabwean orphanage so that she may receive a better education than she would have received in the apartheid South Africa.

Ndaba's amazing weight loss in 2018 astounded her fans. She had been losing weight steadily for a few years, but her thinner form alarmed some, who suspected she was suffering from anorexia.

Ndaba admitted to losing a lot of weight, but she was pleased with her new appearance.

"I don't give a damn if others think it's too much. See, I can say I need one more kilo, but they could say to someone else, "hey, this individual needs ten kilos". No, I've made the decision that when I'm happy, I'm happy. During an interview on 5FM's Thaboothy Drive broadcast, she told Thando Thabethe, "I am delighted and I feel amazing".

Ndaba and her ex-husband Themba Ndaba have two children together. After her sister Tiny Mphasane died over 25 years ago, she adopted her niece Shallon. 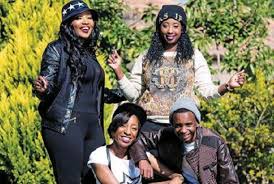 Ndaba is married to Max Lichaba. However, there have been rumours that the couple is headed for divorce following cheating allegations. 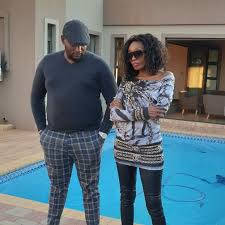 Have you seen Doctor Khumalo's recent adorable look? Percieve how stylish he looks.