Is she now the queen?? 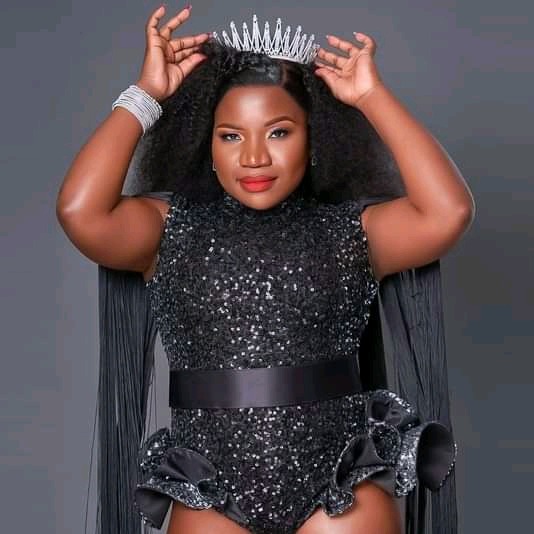 Queen of Limpopo dance music Makhadzi is no newbie - don't get it twisted.

Despite being just 23, the energetic supernova has been around the block for 10 years. It had, however, been a rollercoaster ride until her smash banger Matorokisi changed the game for her.

Makhadzi - born Ndivhudzannyi Ralivhona at Tshianangani village - confirms it all started at the age of 13. She has kicked down every door in her tireless attempt to push her way inside.

But before she can tell me all about it Makhadzi arrives over two hours late for our tête-à-tête.

She is sporting a loose-fit pair of black overalls when she finally decides to grace me with her presence and battling to maintain the two straps in place as they fall off her tiny shoulders.

She's visibly nervous as she emerges from her red Mercedes Benz A-Class, but trying to keep her composure. I'm fuming with rage at this point and rolling my eyes at every turn.

It's true what they say you can't buy charisma because as soon as she curtsies and flashes her bright smile, I'm melting like butter in the sun.

Makhadzi had me at "hello" just like the famous line from romantic film Jerry Maguire.

"I started on the street with five followers and they grew to 10 and 20. So God has always had a bigger plan for me. It has been a long journey," she recounts.

"I remember I would stand in front of retail stores selling my music. People started to come to town knowing that there is this little girl that gives free performances on weekends.

"No one took me seriously, but I kept pushing."

Ever so precocious, Makhadzi figured early in her career that she needed to stand out from the genre's trailblazers Pleasure Maja and the late Thabo Seremi, who both sing in Pedi.

She did her own thing in her Venda language as weddings are extremely popular social events in all of Limpopo.

Before she knew it, Makhadzi was singing at every wedding in every corner of Limpopo and became a local celebrity - while balancing it with her high school work.

"I was rejected by TV and radio for the longest time - but people loved me."

But that never discouraged Makhadzi, whose stage name means "paternal aunt" in Venda and there's a funny story that goes with it.

She says it came when performing in a Pedi-speaking area, and the people struggled with her name. So they called her Makhadzi, a name they had been familiar with through a character on TV soapie Muvhango. It stuck with her.

While she was very popular making wedding songs, Makhadzi always knew she was destined for more.

The first song to get her noticed nationally before Matorokisi was Tashanda Vhuya in 2017. Before long another big collaboration, Riya Venda, with DJ Tira sealed her stardom.

She has since developed a romantic relationship with regular collaborator Master KG. When his name comes up in our dialogue for the first time she begins to stutter and .

"Can we skip that question," she asks with a schoolgirl giggle. However, she continues: "I first approached him back when we were at home and asked to work with him.

"I knew of his beat for Skeleton Move before Zanda Zakuza's vocals were added to the song.

"We worked together really well because he's so humble. Compared to other people that I'd worked with before, I felt more comfortable with him."

Raised by her paternal grandmother, Makhadzi says she grew up very poor. As a result she has always been a person that loves the street.

"I grew in an environment where nobody will come to me to say 'happy birthday'. So I learned to stand up for myself very early in life.

"I'm not a person that spends a lot of time with my family. I love the street and my family doesn't know me very well.

"People who know me very well are my team because I spend a lot of time with them."

Makhadzi feels like she has always been caught in the drama between her parents after they separated. She touches briefly on her estranged relationship with her mother.

"Both my parents are proud of me. It's just that when your parents separate, it affects you.

"They obviously love you and you must make sure they are both happy. That's the challenge, finding that balance of making them equally happy - but you manage.

"I mean my relationship with my mother is fine. If a mother gave birth to you and didn't throw you away it means she loves you - I guess that relationship is fine."

No kidding, Makhadzi is a natural-born performer. On stage Makhadzi becomes a whole new person, it's mind-blowing. She admits that an alter ego takes over her body.

"When I look back at video clips of myself performing I'm even stunned," she confesses.

"I remember in December I had a leg injury and I hid it from everyone because I wanted to continue performing.

"But once I got on that stage I didn't feel any pain."

Content created and supplied by: Nene❤ (via Opera News )