African animations can help change the narrative about the continent

By TheRecreator (self media writer) | 1 year ago 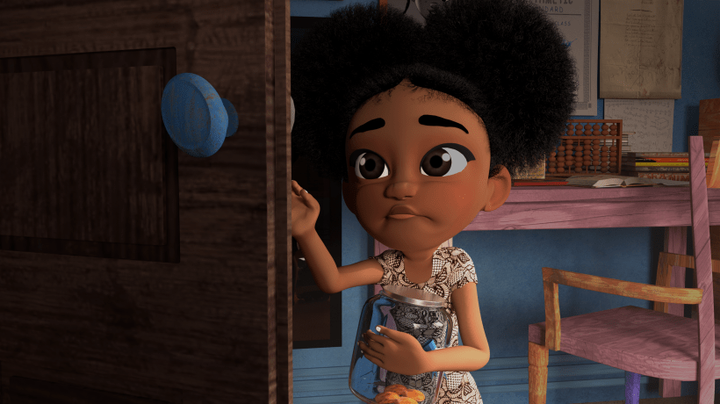 Big budgets, according to Adetayo, are great, but they don't always equate to excellence. He believes that "education is the industry's future." Throwing money at a problem isn't going to solve it.”

With its setting in Nigeria's southeast, Lady Buckit is particularly important to Amidu because of how it is able to influence the narrative in and on the country.

“Every tale that has come out of that place [the Niger Delta] has been one of violence, hardship, pain, and poverty for the people who live there. As a result, coming up with this scenario alters the narrative. We get to see Oloibiri in a new light here. It demonstrates that this girl is capable of overcoming and excelling in the face of adversity,” she said.

She also believes that the animated film has the potential to shift the narrative around Africa's film industry.

When Amidu turns on the television to see Lady Buckit and the Motley Mopsters, it's as if she's watching tiny pieces of her children's "character" on the big screen.

Amidu and her new production firm are only getting started after the success of Lady Buckit, with a sequel already in the works.

Nigeria's animation sector, which is expected to reach $270 billion by 2020, is still in its infancy.

According to the African Report, this was demonstrated in 2010 when Chineze Anyaene's film, Ijé: The Journey, became the second highest-grossing film in Nigerian theatres, trailing only Avatar.

In an earlier version of this story, movie was reported inaccurately that "Lady Buckit and the Motley Mopsters" grossed more in Nigerian theaters than Pixar's soul.

With the consent of bird, a story agency, this article was republished under Africa No Filter.

Find out who DJ Zintle apologised to.

Money is Everything: Qwabe Twins are on another level, Their recent looks will Shake you(PICTURES)