By Maidos (self media writer) | 3 months ago

The death of the legendary actor Patrick Shai comes at the back of a heavy backlash from the public after that video he posted about challenging Cassper Nyovest to a fight. The video did not turn out the way he had hoped but instead, it has led him to his death. 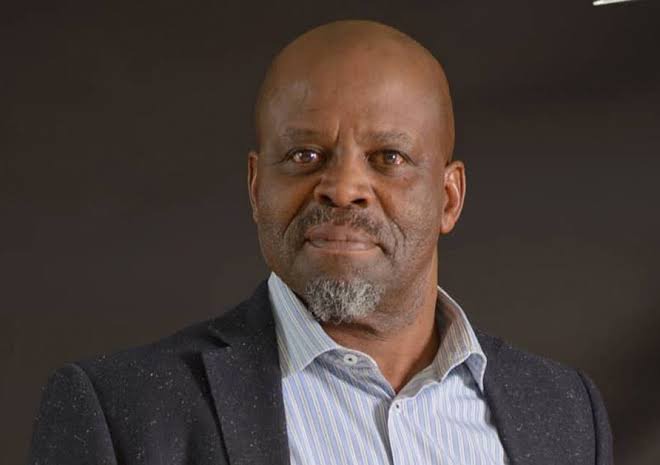 The son of Patrick Shai Kopano Shai has now come out as he talks about his father's actions leading to his death. Kopano is now saying that his father's actions have now put himself and his family in a very compromising state after what he did. He says that the embarrassment they are having is so severe that they might not even come out of it. It is even difficult to express how embarrassed they are. They might be embarrassed at the moment but they do still have their lives intact, unlike his father who is now no more.

With all that has happened, it seems like Kopano is only thinking about opportunities that he might just not get because of what his father did. He does not seem to be concerned about the lives lost. He might have acted carelessly as he says but the man will be remembered for who he was and not the video he posted.

Since the death of Patrick Shai broke out, many people have been saying that those people who were taking that video are partly to blame, because one can see that he was not in the right state of mind when he took that video. They went ahead and even posted it.

As much as it is embarrassing for him, one can only imagine how the man himself must have felt in those days leading to his death. It is not an easy decision to commit suicide but it looked like the only option for Patrick Shai. It might have been that he does do not even get support from the family at the time he was being attacked on social media. And we can all see that the most concern for his son is the doors that he will knock on. 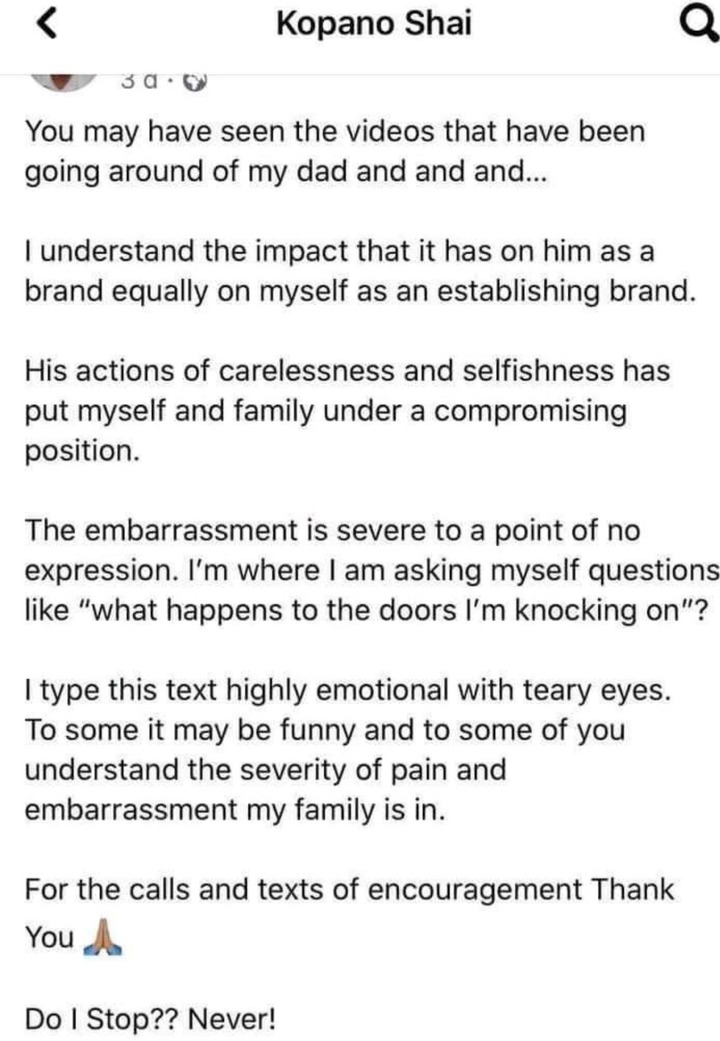