When Channel 702 began broadcasting from the fake independent state of Bophuthatswana on June 28 1980, it was, for the South African government, a humiliating example of being bitten by your own dog. 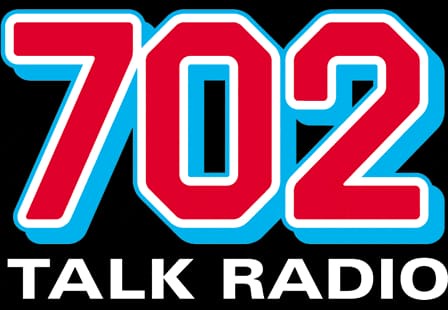 Desperate to prove that its crude “independent homeland” project was legitimate, Pretoria’s securocrats could do nothing to stop brothers Natie and Issie Kirsh from setting up a brash, renegade radio station across the nominal frontier from where it dragged SA into the talk radio age.

It was a clever trick. Broadcasts were piped by cable from the studios in downtown Johannesburg to Bophuthatswana and transmitted back to SA on the AM band.

By giving airtime to ANC and other antiapartheid activists, and with news bulletins that covered protests and township violence, the station also mocked Pretoria with its famous “In touch, in tune and independent” payoff line.

Forty years later, the station — still owned by Primedia Broadcasting which also owns Cape Talk, 947, Kfm and EWN — is still on the air, although broadcasting on FM from transmitters in Johannesburg.

While its listenership has changed along with SA’s democracy to the point that it is almost evenly split between black and white, falling numbers have rung alarmbells in Primedia’s offices.

The station had also seen a fair amount of churn in recent years with the departure of seasoned presenters such as John Robbie, Redi Tlhabi and, this year, stalwart presenter Eusebius McKaiser, whose challenging style seemed to make listeners adore or hate him in equal measure.

The board had been aware for the past three years that the station’s trajectory was not heading where they wanted it to go, said Primedia Broadcasting acting CEO Geraint Crwys-Williams.

“It was not quite what we wanted from a listener point of view,” he said. “We needed to introduce some stability.”

In an effort to get to the bottom of 702’s sagging audience numbers, which in January had dropped to 410,000 daily from an earlier high of 500,000, the station sent out 4,000 detailed surveys to listeners.

“It’s a credit to our audiences that they are so engaged that they were happy to respond,” said CrwysWilliams.

Once the responses had been analysed, the station set up focus groups with listeners, he added.

“Those informed the need to reposition the station. There had been signs that we had to dig deeper but it was from these engagements with audiences that we realised we were a bit off the mark.”

Listeners said there was not enough balance “between light and shade” in the programming, and they were getting overwhelmed with constant hard-hitting stories and wanted some positive human interest stories. Another issue for the station was losing its connection to its community. “Repositioning will take us back to championing the cause for the person in the street and not only take on these massive national issues,” Crwys-Williams said.

The station also needed to engage more constructively with listeners and ensure it would be a safe place for them to air their views.

“We needed to make sure that our audiences felt comfortable phoning in and being on air and even making themselves a little bit vulnerable in the process.”

The result of the survey was the station’s 40th birthday present — a company shakeup and relaunch that among other changes saw Clement Manyathela take over McKaiser’s 9am slot and the return of investigative reporter Mandy Weiner.

The changes come at a time when transformation issues still hamper many media houses and broadcasters.

Writing on Daily Maverick in the wake of the Twitter storm that followed McKaiser’s announcement that he was leaving 702, radio consultant and former Capital Radio station manager David Smith noted that on joining the station McKaiser would have found himself in the difficult position of being “a black man on a radio station that not so long ago was perceived as white”.

The challenge for SA’s commercial radio stations, wrote Smith, was to reflect the listenership inside its broadcast footprint. Crwys-Williams said 702 was proud of its 40-year history of being one of the most transformed radio operators in the country. The station’s success stories include those such as morning drive show anchor Bongani Bingwa, who spent years as an evening slot newsreader, and Manyathela, who at 29 was the youngest presenter appointed to the line-up.

“From a diversity perspective, not only racially and gender, but also in terms of thought and opinion, we have an exemplary record.”

Crwys-Williams acknowledged that some mistakes had been made in the retrenchment process — where the company could have been “kinder” — and these were further exacerbated by the coronavirus pandemic and the subsequent lockdown.

Primedia Broadcasting went through a “substantial” retrenchment process in which 36 of the 335-strong workforce lost their jobs. The company would now focus on building audience numbers and revenues, said Crwys-Williams.

“We haven’t seen the degree of advertising revenue decline that we have in audience decline,” he said. “Because it is such a premium platform with such an affluent audience, advertisers still get a markedly stronger response than they would on other platforms.”