Tshepi Vundla apologizes for being mean on her social media posts.

The influencer Tshepi Vundla had issued an apology for all the tweets where she body-shamed people and on the recent that she made which made about broke girls who rely on men to buy them things. 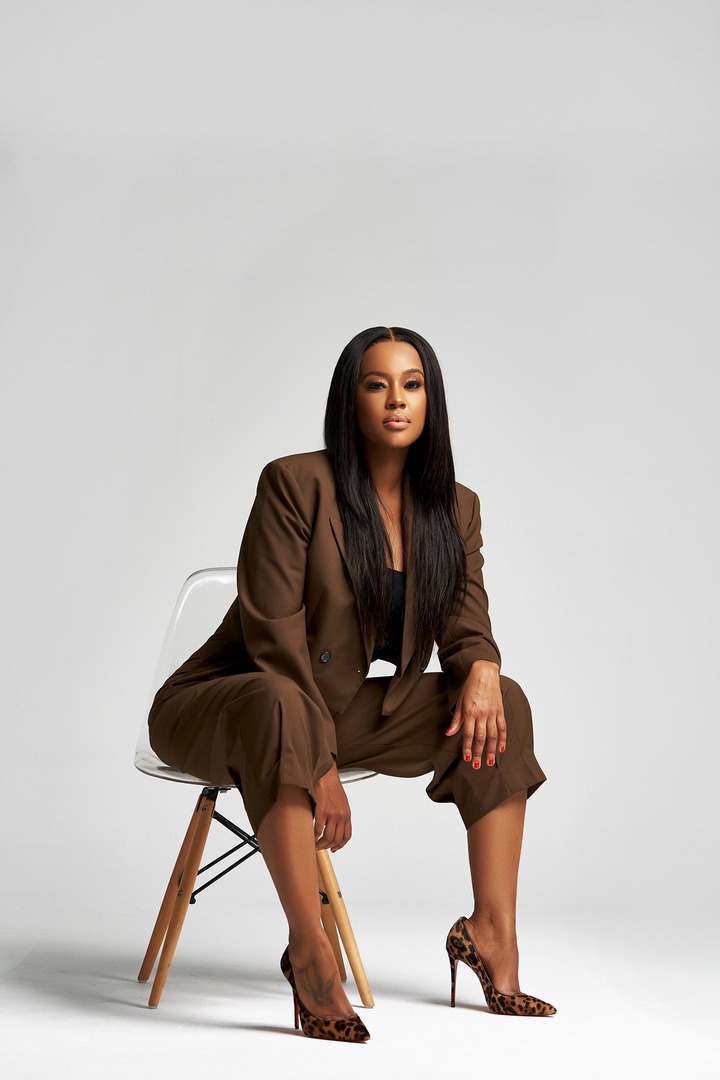 Tshepi Vundla trended earlier this week after the video her video was in the spotlight. In that video, Tsjepi was invited to the on table round conversation with other women. The mother of one criticized women who are financially dependent on men.

"You know what I can't stand about girls on social media? Sbwl(craving) baecation, sbwl iPhone 12...One, where are your parents? Two, can't you buy it yourself but you're expecting men to do these things for you", she said. 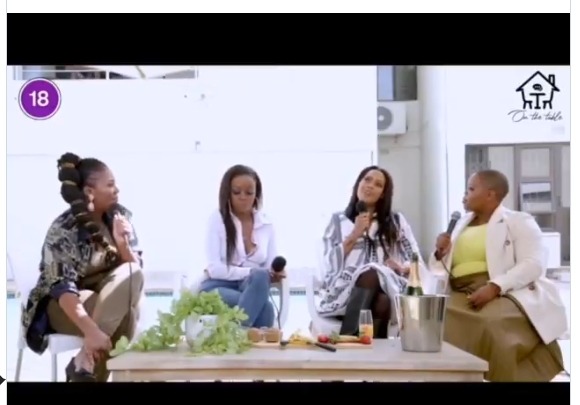 Twitter users made an investigation about Tshepi and discovered some tweets which she at about 10 years ago. It is apparent that Tshepi was mean to chubby people.

"She's always been problematic. honestly, you cannot address such a sensitive issue like this. No one asks for odour. Phone we are erhe oroblem, we allow people like #Tshepi to have a plate-form and trigger us with their vile nature. She need to learn to exist without judging others", a Twitter user added. 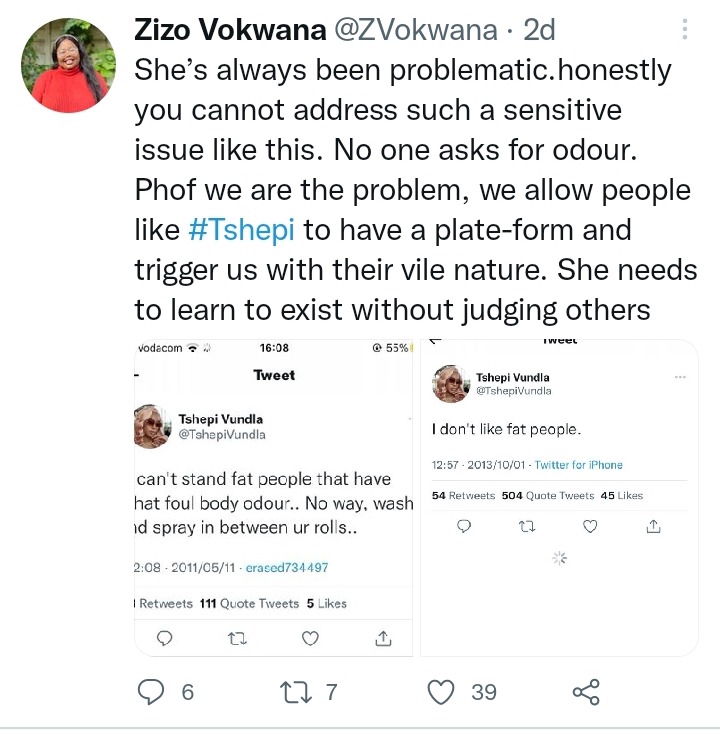 In this tweet the screenshots of tweets where Tshepi body-shamed chubby people were attached.

Upon getting the backlash from Twitter Tshepi but yesterday morning she returned to her timeline and made an apology. The attachment below is the letter where Tshepi apologized. 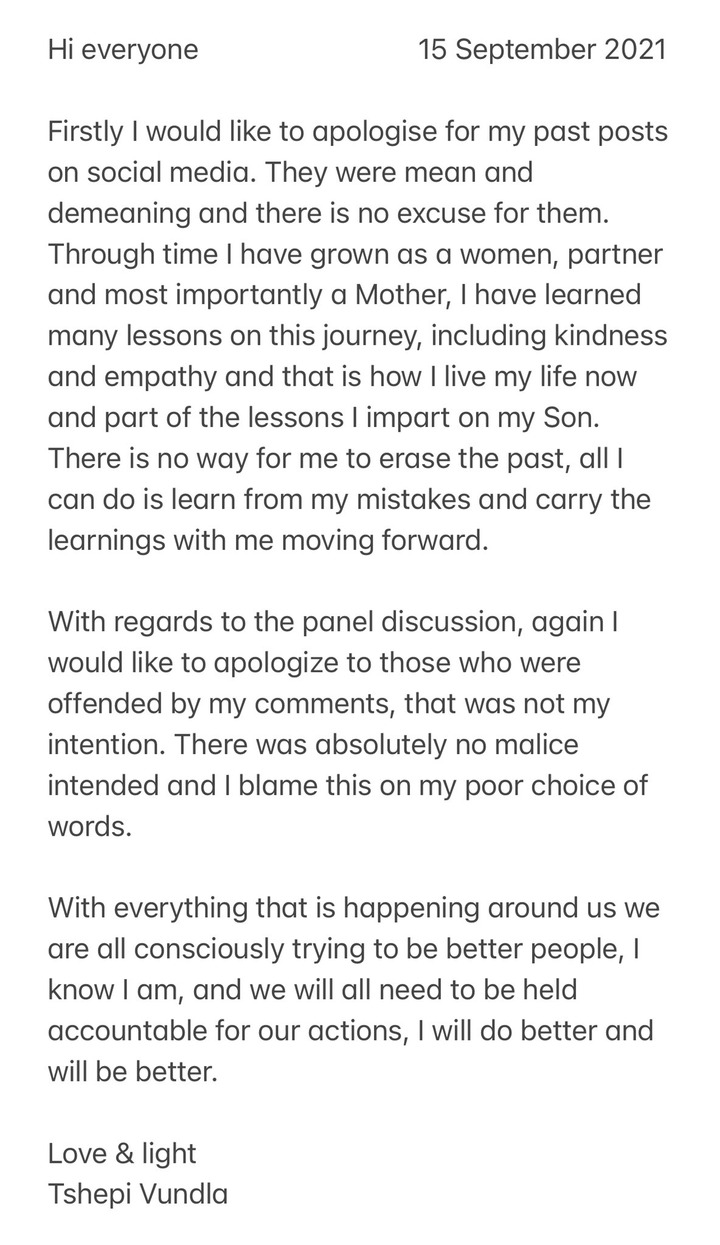 It is clear that Tshepi took full responsibility for her statements which most people found mean. Most of the people do not take their full responsibility and constantly refuses to be put under scrutiny but this shows honesty from Tshepi. The special mention should go to the Twitter users who managed to help hold Tshepi Vundla accountable. At the end of the day, social media is a platform where people should educate one another especially on matters of controversy.

However other social media users do appreciate how honest Tshepi stood for injustice and bailed out men who are constantly paying for girls who do not want to pay themselves.

"They are angry now at Tshepi for telling them to buy their own food, ay this gender", a Twitter user added

"Tshepi appreciation post for speaking the truth what she basically means is you can't have standards and depend on someone else's money. A boyfriend is indeed not a maintenance plan for a girl women must normalize being independent and do it themselves I stan her", another social media user added. 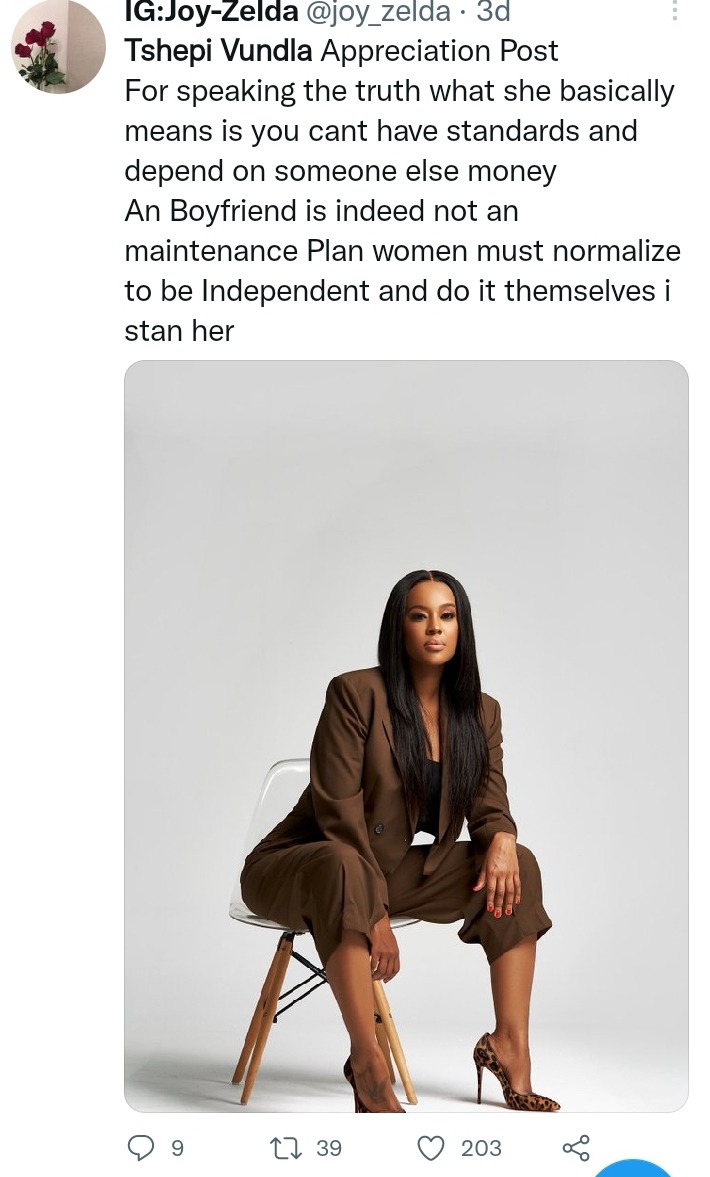