Gomora in hot water: Fans Want Don off The Screens in Replacement With Mam'Sonto.

According to the new report by Mam'Sonto.pAfrican, the fans claim that the new character of Don is not exciting as it was expected to be and further blame Chris. Q Radebe. Chris Q is a writer and an actor, he was a writer on Uzalo and Isibaya which ended last year. 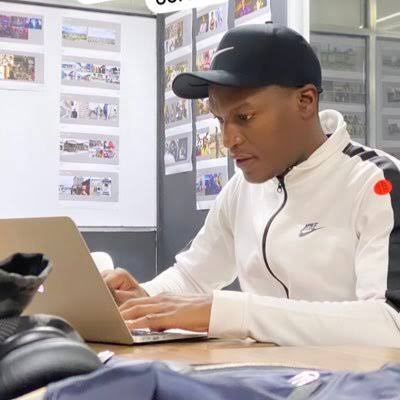 According to the report, the fans are so annoyed at the character that they have resorted to switching to the other shows during the time of Gomora. 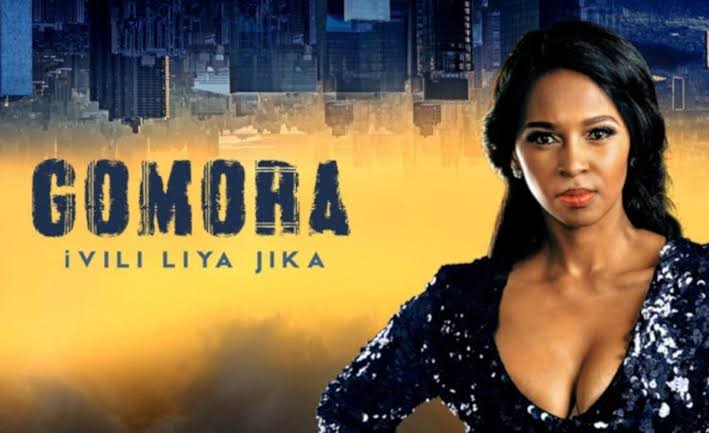 The reason the fans are not excited about the character is that the show seems to be prioritizing Zulu's role to the extent that the other characters are no longer prioritized. Don appears almost in every scene, he is seen with every character. 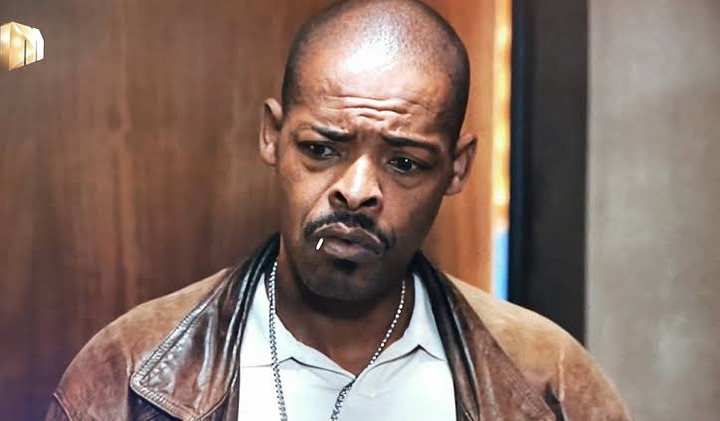 Don is currently living in MamSonto’s house, in addition to that, he is seen in school. Moreover, he is more frequent at MamSonto’s workshop not to mention that he appears at Zodwa’s house, Melusi’s house as well as at Bongani’s restaurant.

The following is the reaction by Twitter users towards the show: 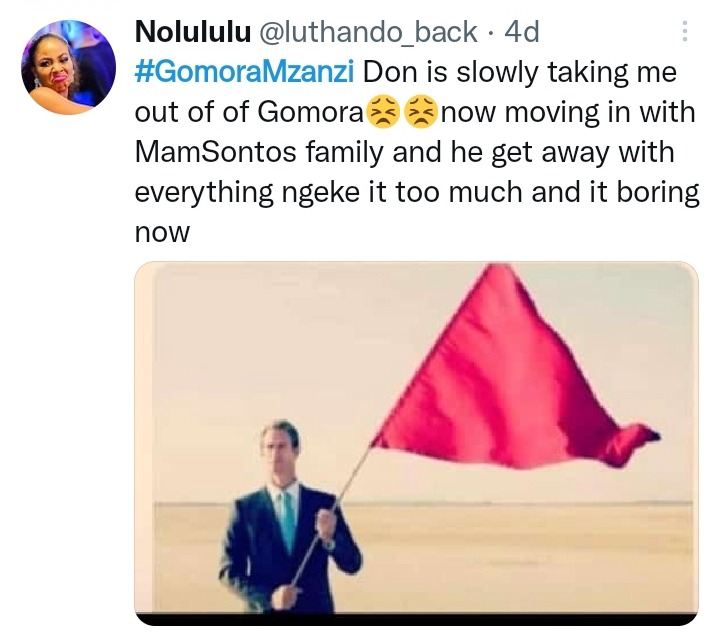 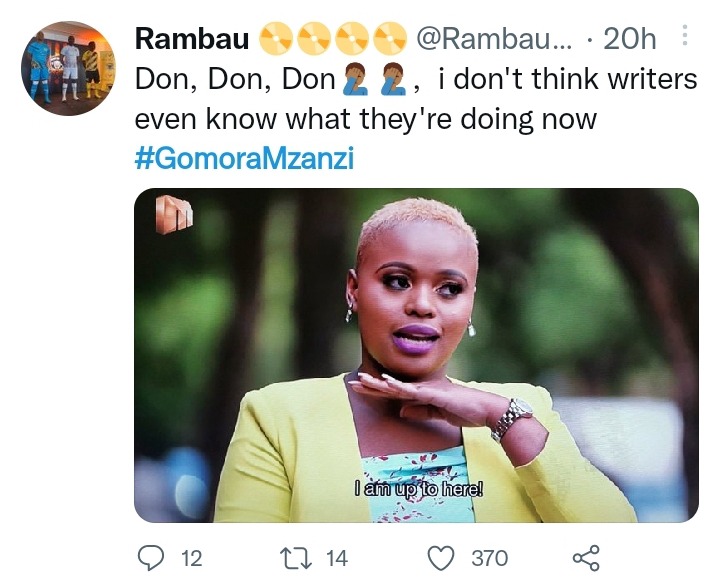 It is not clear why but as once previously explained in another article of The Queen the scriptwriters are mostly responsible for how the cast members portray, what they portray and who they appear with from time to time.

The scriptwriters are the core of the show, if they do mistakes the actor can pretty much do or say nothing as they are mere employees.

The fans demand Mam Sonto back as the character of Don seems to be overworked.

According to the report, Connie Chiume (Mam'sonto) is currently out of the show. She is currently shooting in the United States for Black Panther 2 which no one knows about the date of its release. 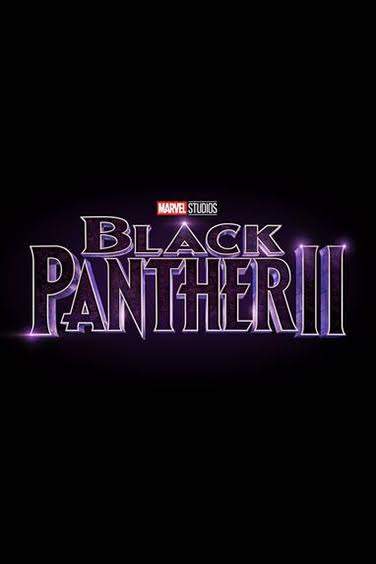