Top 8 Celebs Who Broke Up And Got Back Together Again 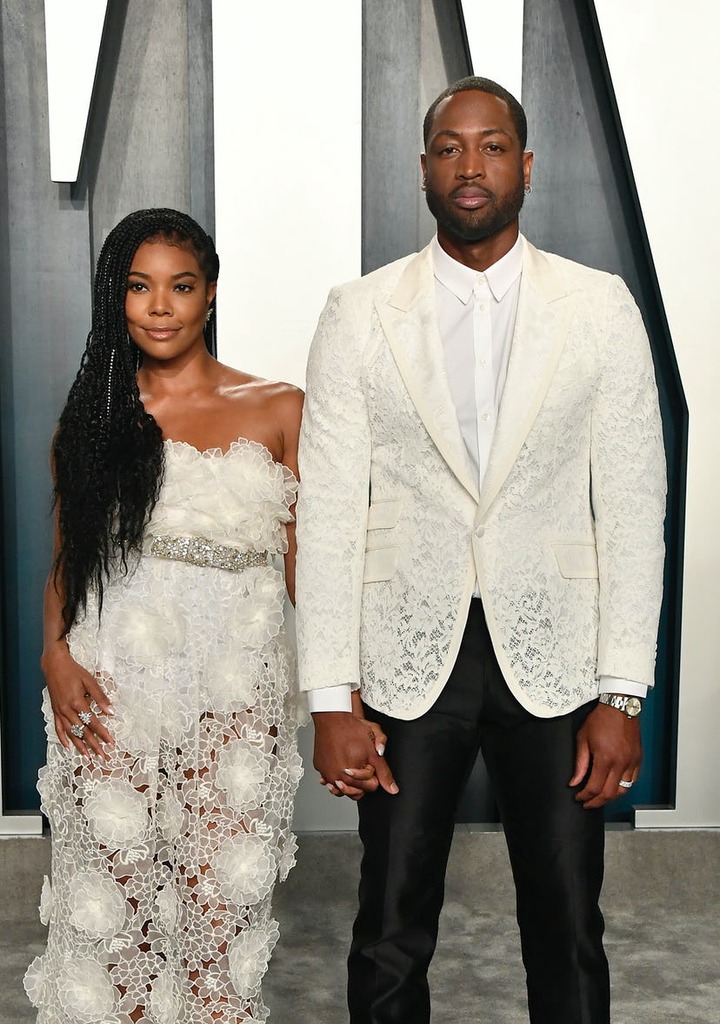 Dwyane Wade and Gabrielle Union met in February 2007 while co-hosting a Super Bowl party, and sparks flew right away. Until the two abruptly ended their romance in 2013, everything looked to be going swimmingly. Union justified the breakup to Glamour in January 2014 as a result of "distance and scheduling," as their lives had gotten too hectic to spend time together, but Union quickly changed her mind. "I reevaluated my priorities during the summer," she continued. "I'd always desired a great job with back-to-back projects, but I realized I couldn't do it without jeopardizing my relationship." In December 2013, the pair reconciled and became engaged. 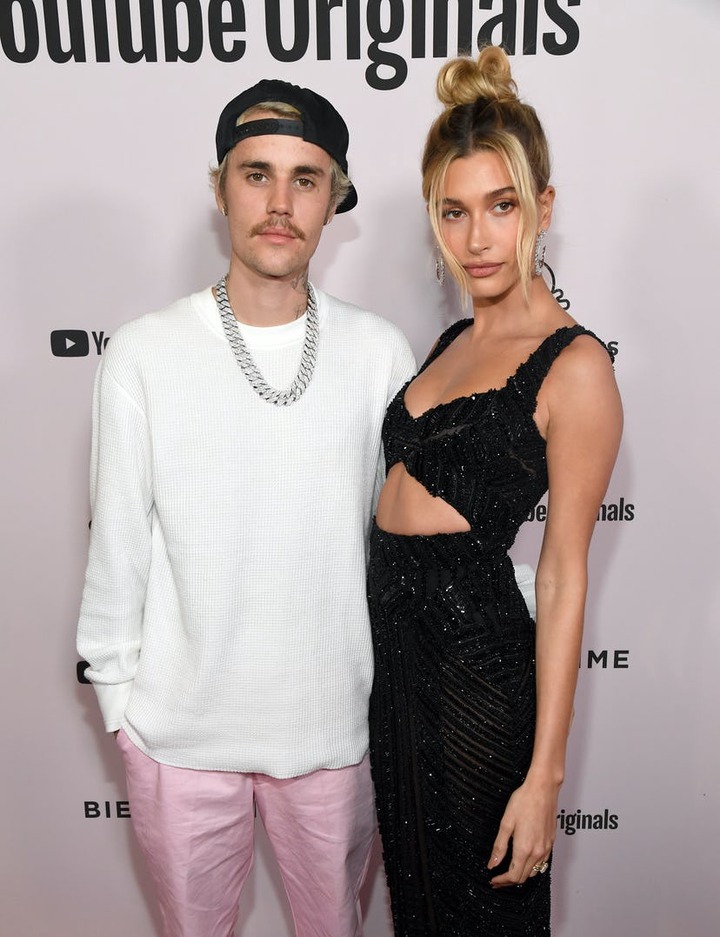 Justin Bieber and Hailey Baldwin sparked dating rumors in 2014, five years after an awkward meet-and-greet encounter, but it wasn't until February 2016 that they officially confirmed their relationship... sort of. Bieber was supposedly dating Sofia Richie by that summer, and the two didn't speak for a year and a half. "We weren't friends for a long time," she told The Times UK in May 2018, shortly after Bieber and Selena Gomez called it quits for good. "We hadn't spoken in a long time, and there had been a lot of strangeness. That's no longer the case." In June 2018, Baldwin and Bieber rekindled their friendship, and the rest is history. 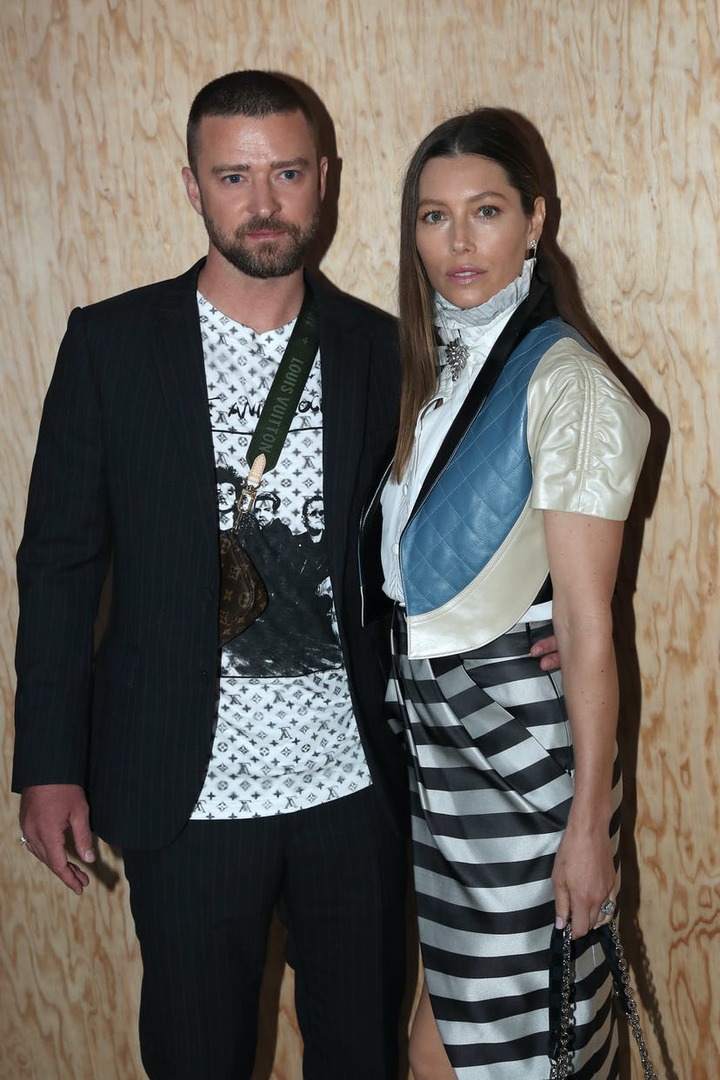 Jessica Biel and Justin Timberlake originally met in 2007 at a birthday party Timberlake was hosting for one of his pals, and it wasn't long before they were dating. However, four years into their relationship, Timberlake and Biel decided to call it quits in March 2011. Their representatives explained the separation to People in a statement "...we're confirming that they've voluntarily agreed to split up. The two are still friends, and they have the utmost love and regard for one another." Fortunately, their breakup was brief, and the couple was engaged by December 2011. 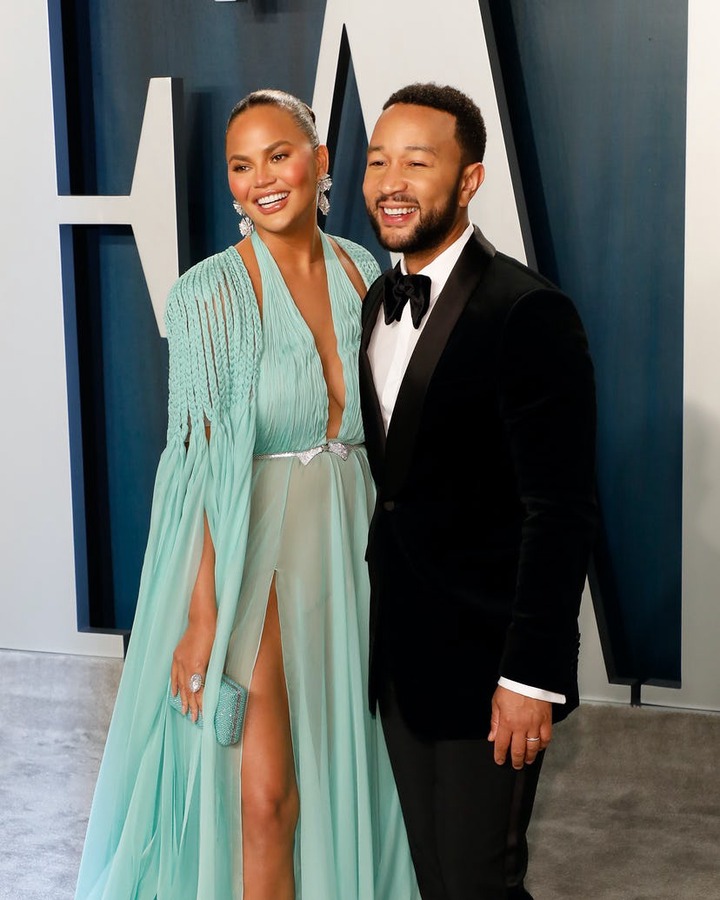 Chrissy Teigen and John Legend met on the set of Legend's music video for "Stereo" in 2006, and she accompanied him on tour not long after they became a couple. Unfortunately, things did not go as to plan. Legend became ill while on tour and attempted to end his relationship with Teigen. In November 2016, she told Cosmopolitan, "He was feeling pretty down and stressed out." "'I can't be in a relationship right now,' he said. That only lasted a day. A day, to be exact." In September 2017, Legend told The Guardian that they "were dating again less than half an hour afterwards." 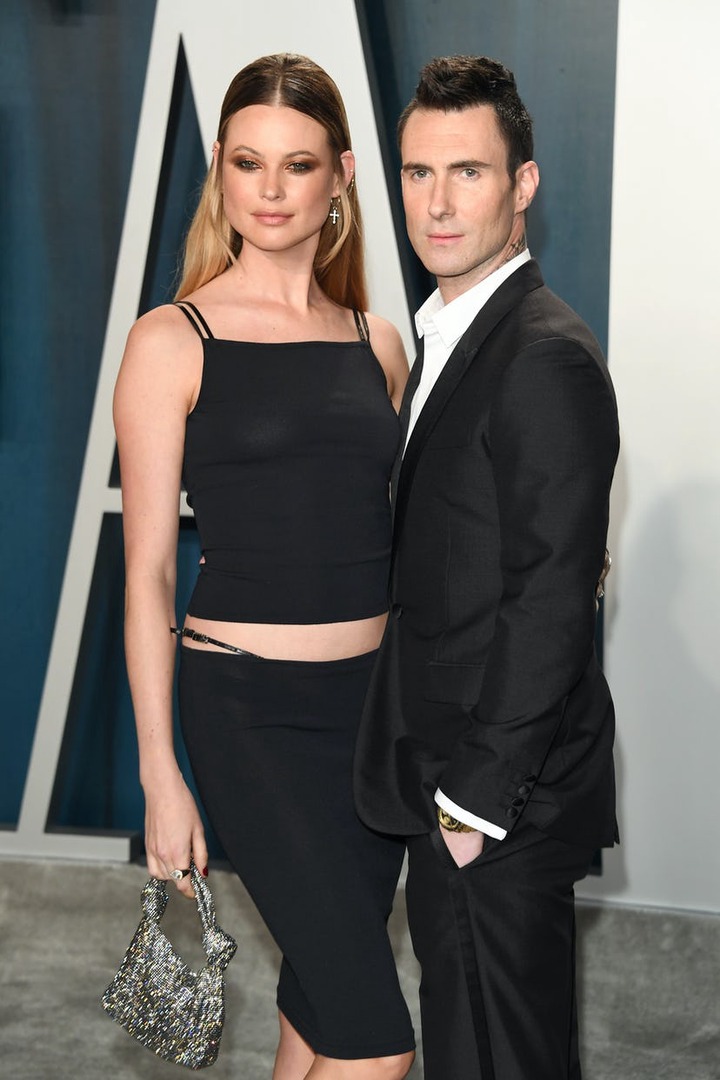 Adam Levine and Behati Prinsloo met through a mutual friend in 2012, when the Maroon 5 frontman was looking for a model prepared to do some stunts in a music video. Despite the fact that Prinsloo didn't wind up performing the video, the two began emailing and eventually dating — until Levine began seeing Nina Agdal in May 2013. During a January 2019 Porter interview, Prinsloo revealed, "We split up for two months, realized it was the worst decision we'd ever made, and then reconnected, got engaged, and married. It had been quite a ride!" 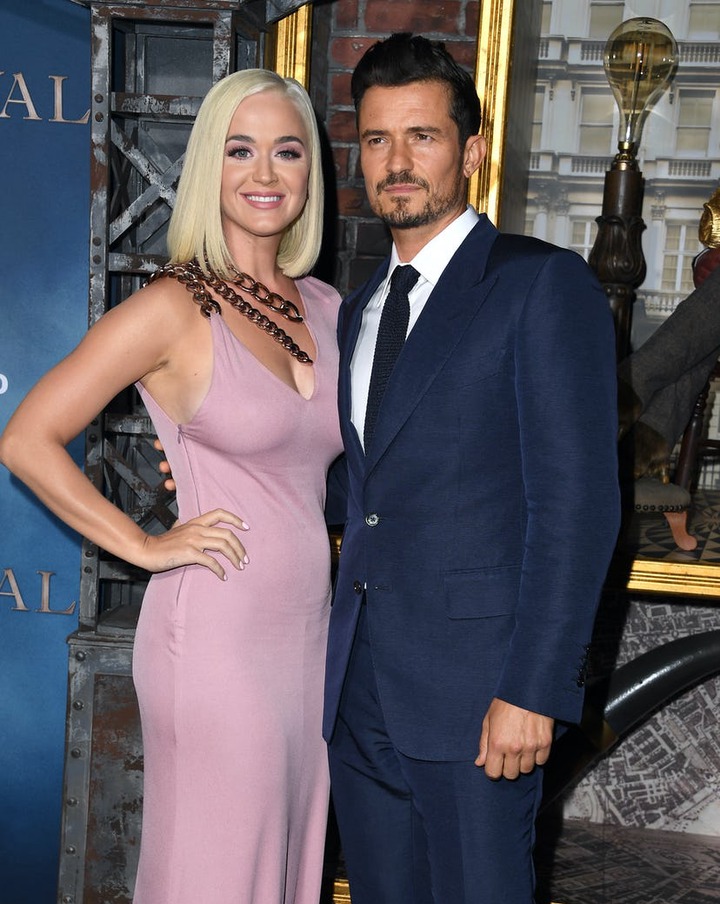 Katy Perry and Orlando Bloom's romance grew after meeting at a Golden Globes after-party in January 2016, but after a year of dating, reps for the couple said they were "taking respectful, loving space" from one other. That breakup lasted until August 2017, when they were spotted together at a concert. Perry talked about how difficult the divorce was during an appearance on Q on CBC in June 2020. "My career was on this upward track, and then I had the tiniest adjustment, which from the outside appeared to be insignificant. But it was a watershed moment for me "She expressed her feelings about the breakup. "It literally broke me in half since I had given so much away." 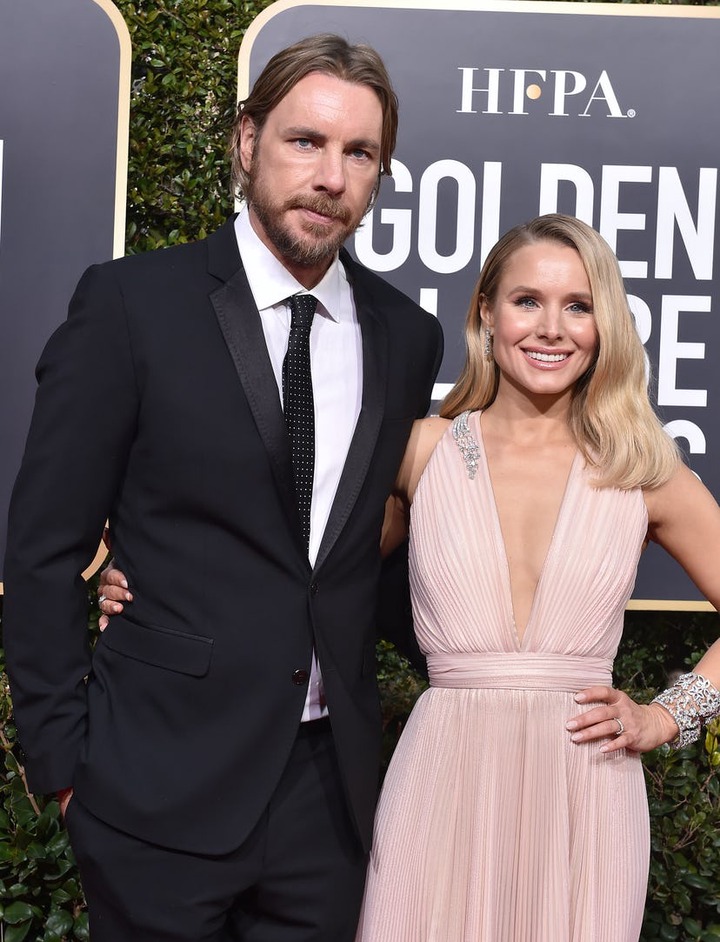 Kristen Bell and Dax Shepard met at a dinner party in 2007 and were engaged two years later, but the couple supposedly had a brief breakup before getting serious. In August 2017, Bell told PopSugar, "We had been dating for about three months, and I already knew I was in love with him, but he was hesitant since he knew he was still dating other people." "'I can't have this just now,' he muttered as he set me down. I think you're great, but I'm still dating someone else.'" Shepard only realized his error four days later, according to Bell.

Cardi B and Offset 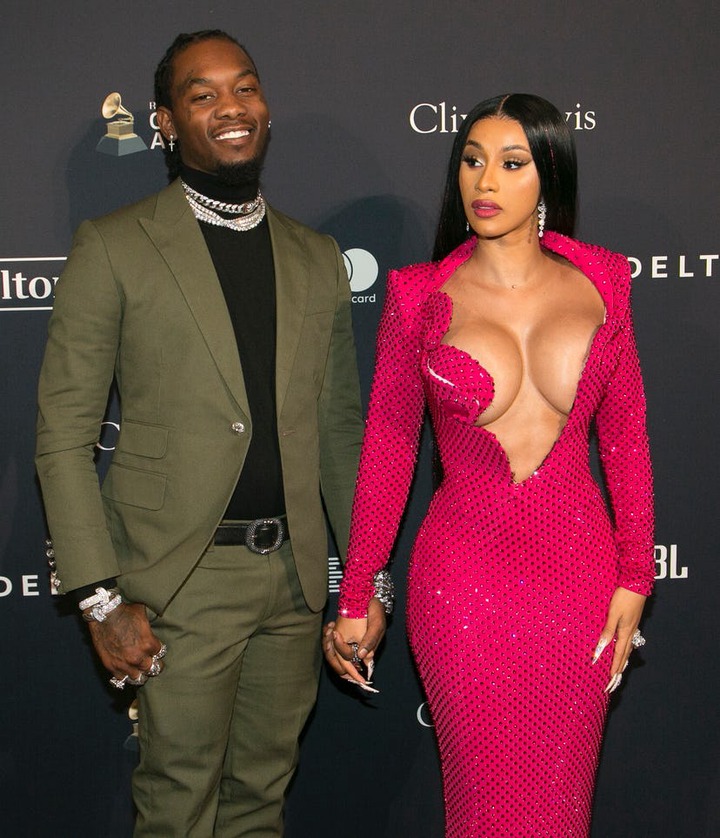 Cardi B and Offset have broken up and gotten back together twice since they first started dating in February 2017. The first time was in December 2018, not long after TMZ revealed that Offset and another lady had exchanged texts. The two had reunited by January 2019, which is why fans were surprised when Cardi filed for divorce in September 2020. But, just like previously, Offset was able to reclaim Cardi, and by October 2020, the rappers were back together. "It's incredibly hard not to talk to your closest buddy," Cardi said during an IG Live. It's also difficult to be devoid of d*ck. 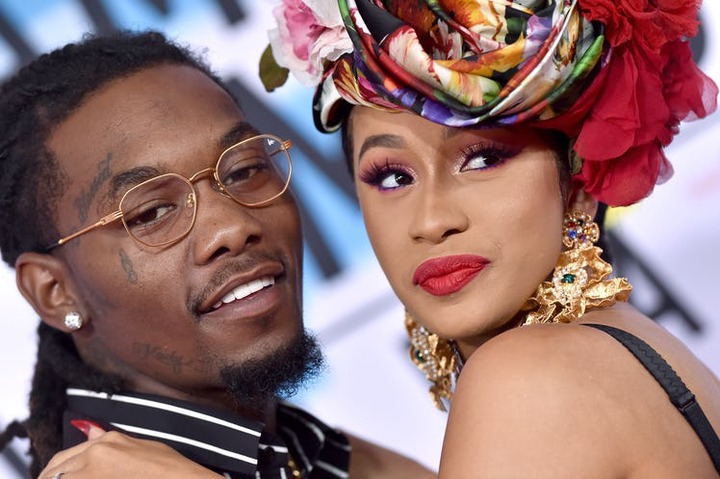