Twins want one hubby or else they won't get married 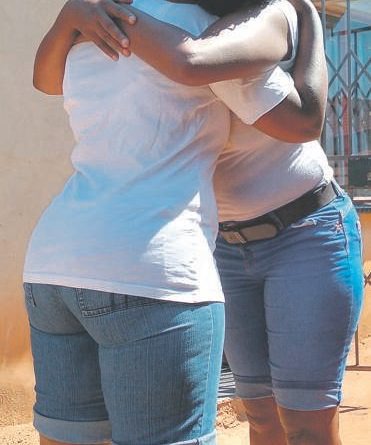 TWINS are two identical children. Thembi and Thembisile do almost everything together, and Thembi intends for it to stay that way. When a man asked for Thembi's hand in marriage, she informed him that her sister would be joining them.

“YOU SHOULD ALSO BE ABLE TO TAKE MY SISTER. MARRY BOTH OF US!” you must say. THEMBI EXPRESSED HIS CONCERN.

Thembi and Thembisile Ndlovu (37) are twins from Edenpark, Ekurhuleni, who lost their parents when they were young and will never be separated.

However, Sipho Njomane (40), the prospective husband, has stated that having two wives is against his religion. Thembi stated that she was unsure of what would occur.

She explained, "I love Sipho, but I can't marry him and leave my sister behind."

They lost their parents when they were very young, according to Thembisile.

“No matter what happened, we knew we had to stick together,” she said.

“We made a pact that if a man only loves one of us, he's not good enough for the other.”

The twins requested that their faces not be included in the newspaper due to their work.

Thembi said she met Sipho when her sister was sick and she went to get food and medicine for them.

Last March, she met Sipho at the pharmacy and the two exchanged phone numbers.

“I told Thembisile about the guy, and whenever he invited me on a date, I brought her along, and we always went out together,” she explained.

“In December, Sipho proposed, but I told him he'd have to marry both of us,” she says.

They explained that they were aware of his religious beliefs, but that they would not violate their vows.

Sipho told the Daily Sun that both twins are good people, but he might be kicked out of church.

“I'm at a loss for what to do. He explained, "I'm getting older, and Thembi is the right person for me."

Mathunjwa Ndima (71), the twins' uncle, said it was fine if they wanted to marry the same man.

“Marrying one and leaving the other behind can lead to complications. It's preferable if they marry the same man to maintain their closeness.”

Mtimande Ngwenya, a cultural expert, told the Daily Sun that twins are treated as one, so Sipho's religion will not be affected if he marries them both.

Sipho should only lobola once and pay for everything, according to him.

“For Sipho, it's a huge win. “Two wives for the price of one,” Ngwenya explained.

“Even when doing umembeso, it has to be for one person, but he has to take both of them so they don't get separated.”