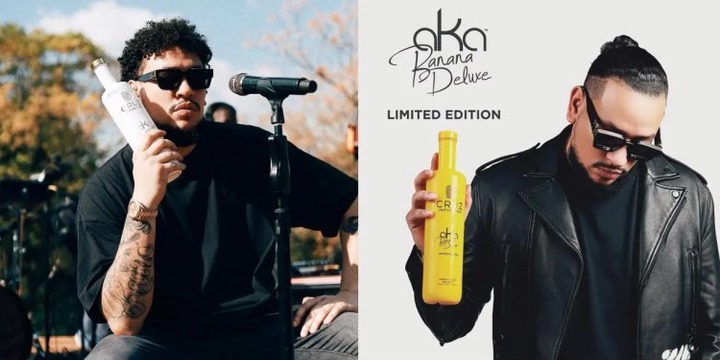 Cruz Vodka"/>Kiernan Forbes, better known by his stage name AKA, is a big deal in the South African entertainment business. As a musician, he has gotten many deals that made him money. Because of his popularity and power, he has also teamed up with big brands. One of these brands is Cruz vodka from New York, with whom he has worked for a long time and with whom he is about to grow his business.

AKA posted on his Instagram that he is ending his role as a brand ambassador for Cruz Vodka. From May to October of this year, his name will be taken off of the Cruz Watermelon bottle. As they start a new contract with the rapper, the Cruz Banana brand will be taken off the market this summer. 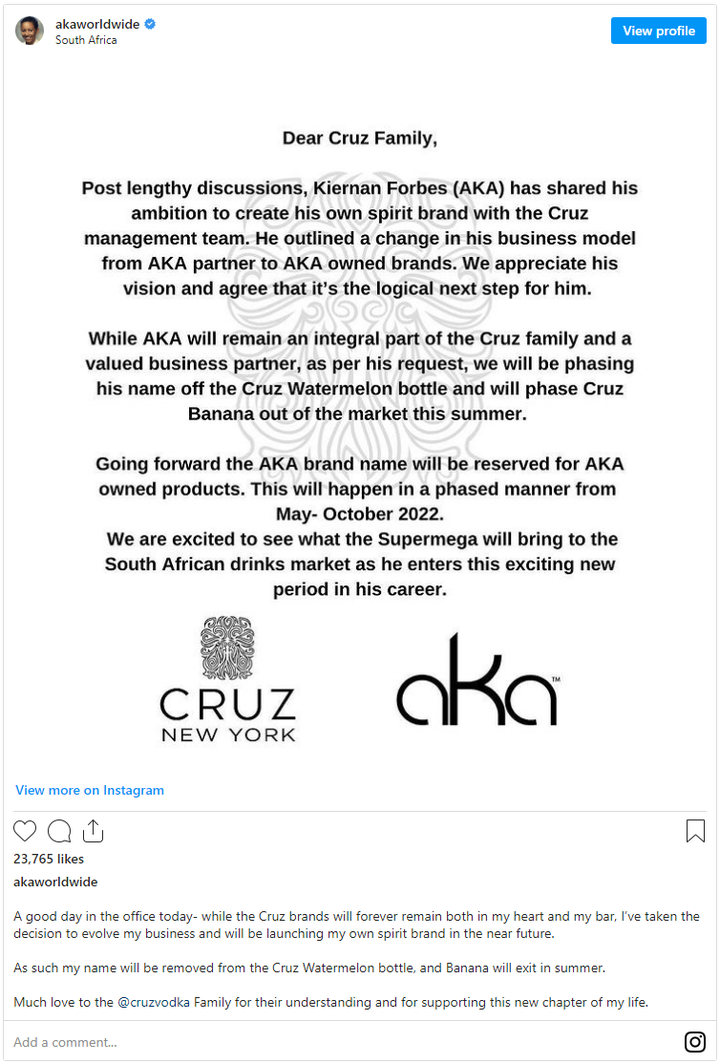 The plan is for AKA to stay in the Cruz Vodka family, but in a different way. He has already said that his business model will change to focus on AKA-owned brands. The rapper is making his own spirits brand with the help of an international alcohol company. The Cruz Vodka company is just as excited as AKA to see what he will bring to the South African alcohol market during this exciting time in his career.

AKA upgrades from partner to brand owner with Cruz Vodka 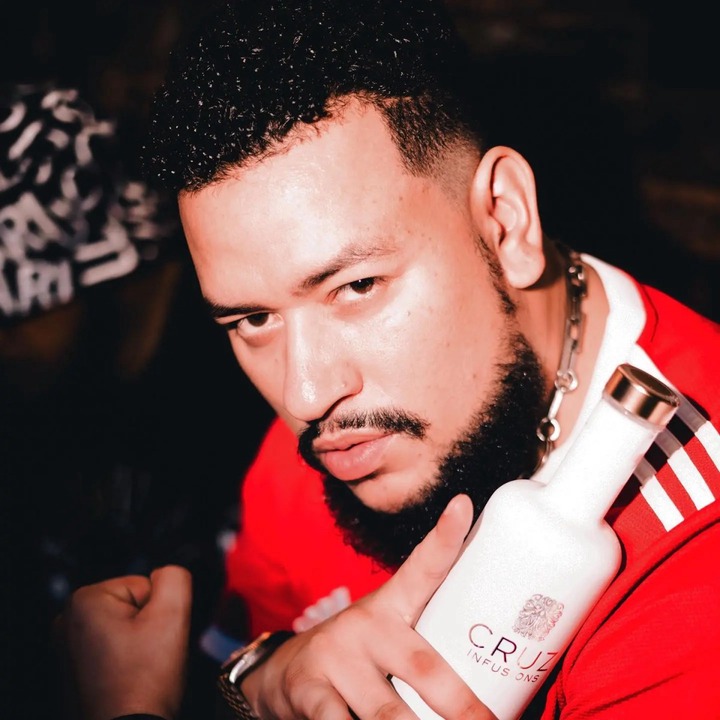 It looks like the rapper isn't the only one who is excited, because the superstar's fans can't wait to see what he brings. Due to his rivalry and competition with Cassper Nyovest, many fans think that AKA wants to do everything that the other rapper does, and owning an alcohol brand is one of them. But some fans see this for what it is and think it's a smart business move on AKA's part because he'll leave a legacy instead of a partnership that could end at any time.