By Mzansilatestnews (self media writer) | 21 days ago

Viewers were left angry with how Siyacela took Thando's bank card, went to Durban for a month without sending Thando money for food and spent the money with the side chick. He spent a whole month in Durban with his side chick eating Thando's money while she was left home waiting for him to come back. His father saw it from a distance that this one "isthuphethu" straight and he's proving him right every chance he gets. He is unemployed yet he has the nerve to take Thando's card to Durban so he could spend all her money on another woman. Both their parents should have discouraged them from getting married. This is a disaster. They're both too young for this and Siyacela is even more immature and Thando doesn't deserve to be with someone like that. 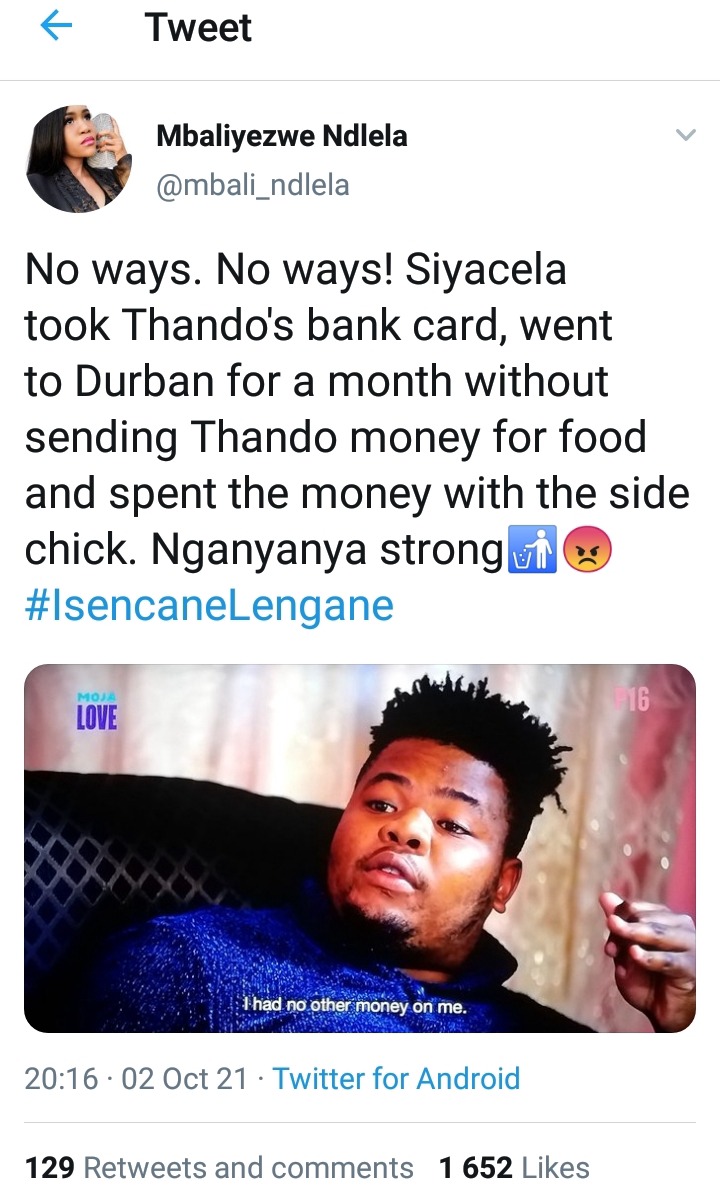 Siyacela's father was hoping Thando will fill the void of him losing his mother, But it was definitely a bad idea. Viewers are even starting to wonder whether their marriage is even legal. The part i hated mostly about this Syacela boy is that he marry these girls and they will work for him and he will stay at home, i wanted to enter on my tv screen and slap him he really doesn't value any woman. And the saddest part is that he really means it. His grandmother did say that he can WhatsApp and drink alcohol but when it comes to school he can’t see. 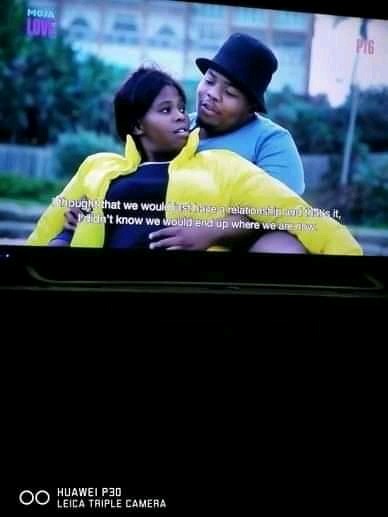 Siyacela got some nerve the way he responded to his wife, he also drove away to Durban with the same car that was meant to help Thando to school and he came back impregnated his side chick. Thando still have a chance rather choice to leave the marriage, focus on herself and achieve watever she always wished for cos I think she has brains. But as for Syacela I don't think he will ever survive in the real world.