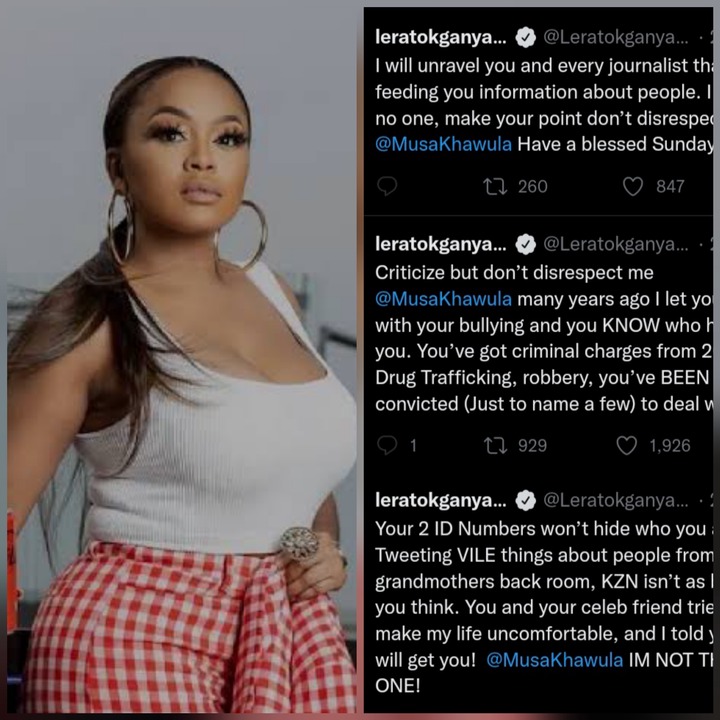 Lerato Kganyago is a South African model, tv presenter, actress and media personality. Her career in the entertainment industry began in 2002 when she won Miss Jam Alley and three years later she was crowned Miss Soweto.

She joined Soweto TV as a television host presenting her own show called The LKG Show. Her big break came in 2013 when she became the presenter for Sabc1's talk show The Link, in 2015 Lerato became one of Sabc1's LIVE amp and was also a radio host on Metro FM. 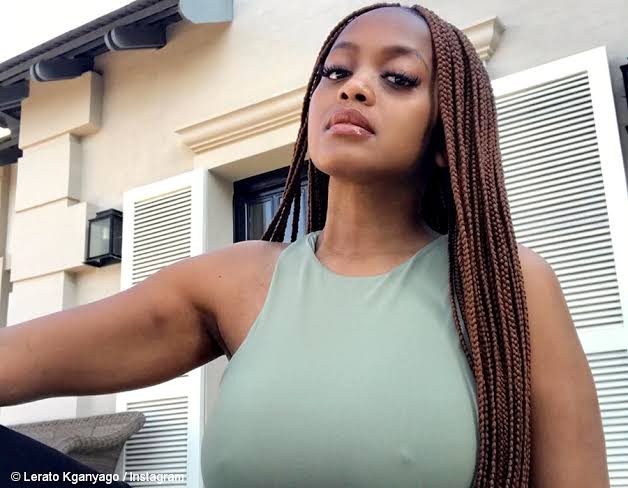 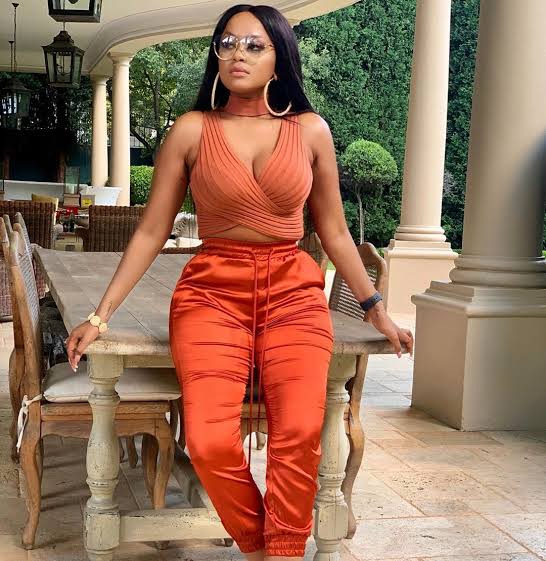 Lerato is also an actress, she starred on a number of local tv shows including Sabc2's soapie Muvhango in 2015, playing the role of Masebotsana and The Wild.

Lerato found herself trending on social media, this came after Twitter user named Musa Khawula, went and called Lerato Kganyago, "Bonang Lite". He even shared a picture of her under the caption.

He wrote: "Bonang Lite at the #DurbanJuly" 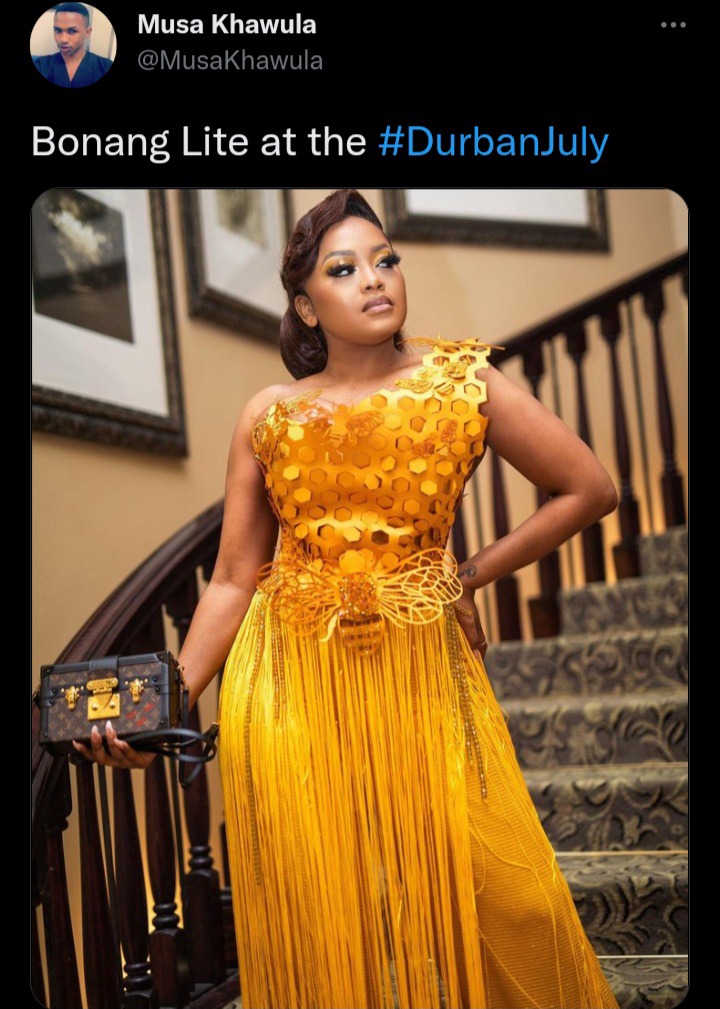 Lerato saw the post and came for Musa, she told Musa to stop disrespecting her and also revealed some dirt about Musa.

Here is what she tweeted below: 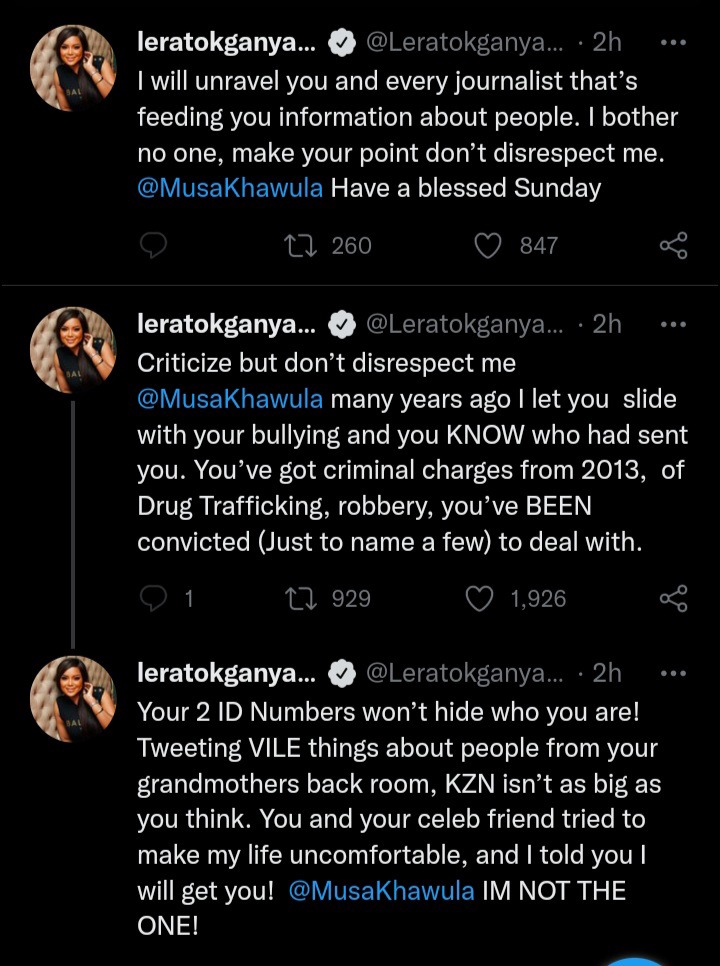 Seems Musa was also not shaken, he did not fold and he came back with another tweet to provoke Lerato and this is what he wrote below:

"i said what i said, bonang lite."

Lerato decided to keep quite and avoid a twitter war with Musa.