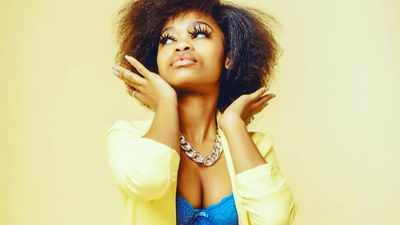 LASANDRA is afraid to leave home to go to school because she was threatened by a stranger after snatching her Instagram page Photo: FACEBOOK

Now the singer does not want to leave the house to pursue her studies at university.

Lasandra says the problem started last week when she received a call from a stranger telling her he had hacked her (Lasandra's Instagram) page and asked her to deposit money to release it.

“He also sent me a WhatsApp message asking me to deposit $ 120 dollars (R1 800.00) for his release. I asked him who he was and he did not tell me but he said he was in Malaysia. I told him I had no money, I was still a student. He didn't care and said he would release my account when I installed it. I actually said that when I tried to get into it I found it inaccessible, ”said Lasandra.

She said he had even decided to file a case at Newlands East police station, but came across a dilemma.

“The police told me they did not know what case they could open in this case. They also told me that it would require a lot of work because the person I was accusing of was in Malaysia, ”said the singer.

After she was helpless, she said she had asked an acquaintance who knew the technology to check how he could catch the person who had hijacked her page because she was still looking for money.

“My assistant found out that the page was hosted by a South African but originally from Malaysia. And the number he uses when sending me WhatsApp messages I am not familiar with. After learning that he was a South African, I was shocked. I'm still scared to go to school because I don't know how much the stranger did this. I also told them at home that I would not be going to school this month because I still wanted to see what was going on, ”said Lasandra