8 Must Know Facts About Maluma 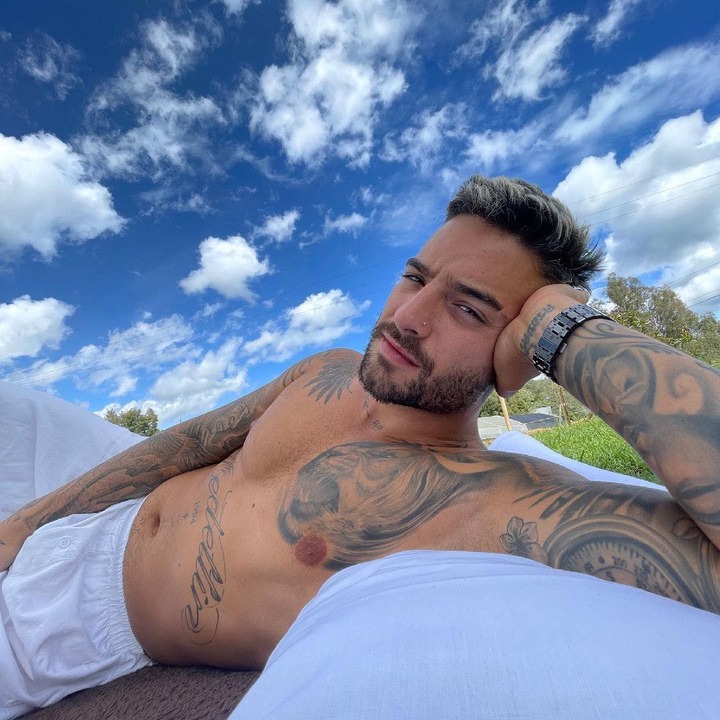 Get to know the Colombian singer-songwriter with these fascinating facts.

Juan Luis Londoño Arias, better known by his stage name Maluma has not only created a name for himself in the modern American music industry, but is recognized as one of the most influential and beloved artists of his time within Latin music.

The stylish and heart-stealing musican was born in Medellín, Colombia in 1994, and began his music career at a very young age. After composing his first song, "No quiero" when he was just 15 years old, Maluma worked towards his creative passion for music until he signed to Sony Music Latin in 2015. Since then, he's skyrocketed to global success, selling out concerts and topping charts with his infectious songs.

Get to know Maluma better with eight must-know facts about the artist taking the music industry, and the world, by storm.

"Maluma" has a very special meaning.

Adopting a stage name from a young age, Juan Luis new he wanted his to be something special. Combining the first letters of his mother's, father's, and sister's first names to create his memorable title, Maluma made sure his family would be with his wherever he went.

He gave up soccer to pursue his music career.

Maluma dreamed of being a professional soccer player and worked towards this dream for eight years as a boy until he decided to fully commit to pursuing a music career. Playing for teams such as Atlético Nacional, Maluma has continued to love and support the sport throughout his life.

He was a judge on Colombia's version of 'The Voice.'

Maluma held a role as a judge on two seasons of the Colombian television show, La Voz Kids. Acting as a judge for the musical competition solidified his role as one of the most talented and widely recognized Latin musicians of his time.

He has been nominated for 11 Latin Grammy Awards.

An 11 time nominee at the Latin Grammy Awards, Maluma earned his first win for Best Contemporary Pop Vocal Album in 2018 for his album, F.A.M.E.

He sold sandwiches and lollipops to help make ends meet.

Family has always been important to Maluma, but when his parents got a divorce when he was just 10 years old, Maluma wanted to help out. To help his mom through a time of financial instability, Maluma purchased lollipops and made sandwiches in his kitchen to sell to other kids at school.

He has his own charitable foundation.

In hopes of helping lower-income kids in Colombia and all over the world to bring their artistic and musical dreams to life, Maluma and his family started the El Arte de los Sueños Foundation in 2016. Maluma told CNN, "I want to send a positive message that dreams do come true with discipline and when you are focused on what you want."

He has a tattoo of a dove that represents peace.

Though Maluma has 24 tattoos in total, the tattoo on his neck of a dove is meant to symbolize peace within his life.

He's dating someone from his hometown.

While the star is a bonafide heartthrob and would even kiss fans on stage during his concerts (pre-COVID, of course), Maluma is reportedly taken. The star has been spotted holding hands and kissing his girlfirend Susana Gómez on multiple occasions since August 2020. Gómez is an architect who is also from Antioquia, the same part of Medellín as Maluma, so it's clear the two have plenty to bond over.