By News_Entertainment (self media writer) | 2 months ago

Many people have first seen Gogo Maweni on her reality show that focuses on the lives of traditional healers in their day-to-day activities. When the show was first broadcast, many people did not receive it well because they thought they were actually fake traditional healers and they were showing the public things some believed were meant to be private about the work that healers do. 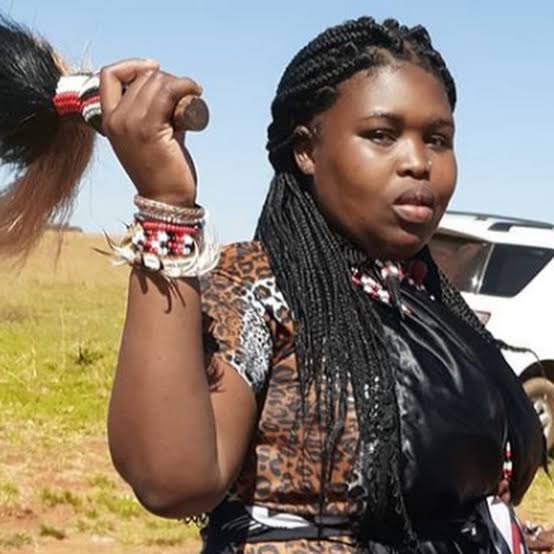 But others know Gogo Maweni from the drama that happened with his baby daddy, actor SK Khoza. Gogo Maweni was accused of having a hand in how SK was seen behaving in public. He was seen walking around as someone who had lost his mind and wanted to start fights with security cards and some of the shops he went to, and was also seen walking barefoot. Some people were convinced it was Gogo Maweni who had done that to make him behave that way.

Now she is on the trending lists again after a video of her was shared in which she said something that many people found to be weird and upsetting about how she deals with women who might take her husband from her or have an affair with them. Gogo Maweni said there is no longer time to physically fight another woman over a man. All she can do is take a picture of the woman who might be a threat to her marriage or even find her name on social media. 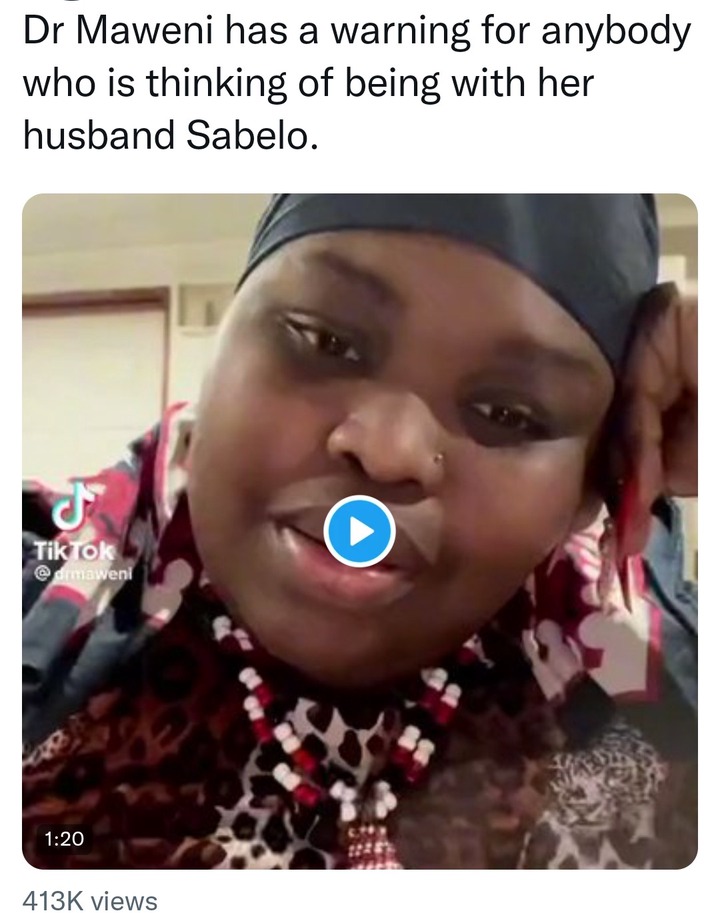 And as a gifted healer, she will just work on the image at twelve midnight and put a curse on the woman. Many people were left conflicted by what she said, and they asked why she does not just focus her energy on making sure her husband stays loyal instead of threatening to bewitch other women. 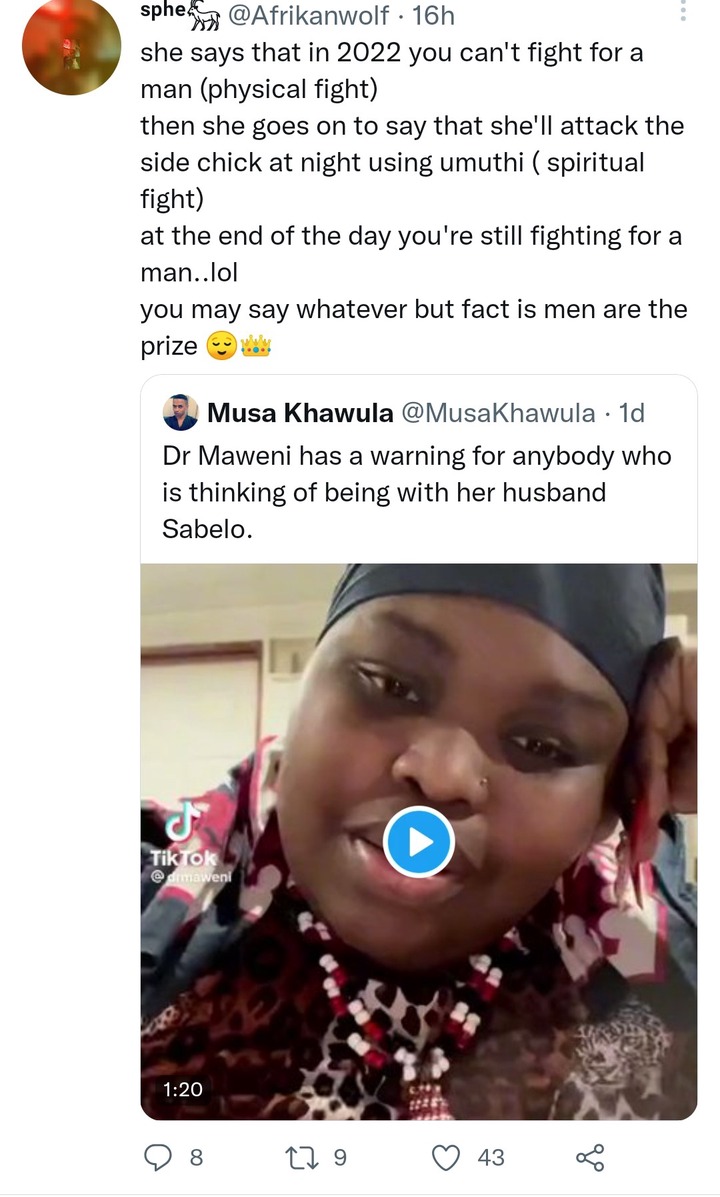 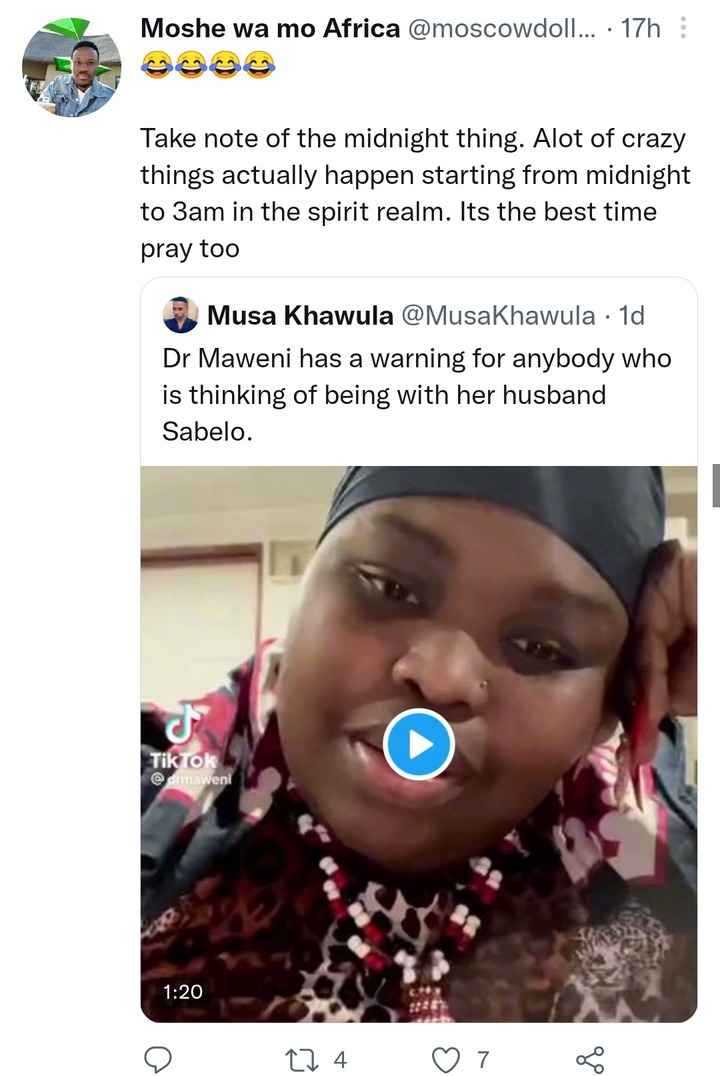 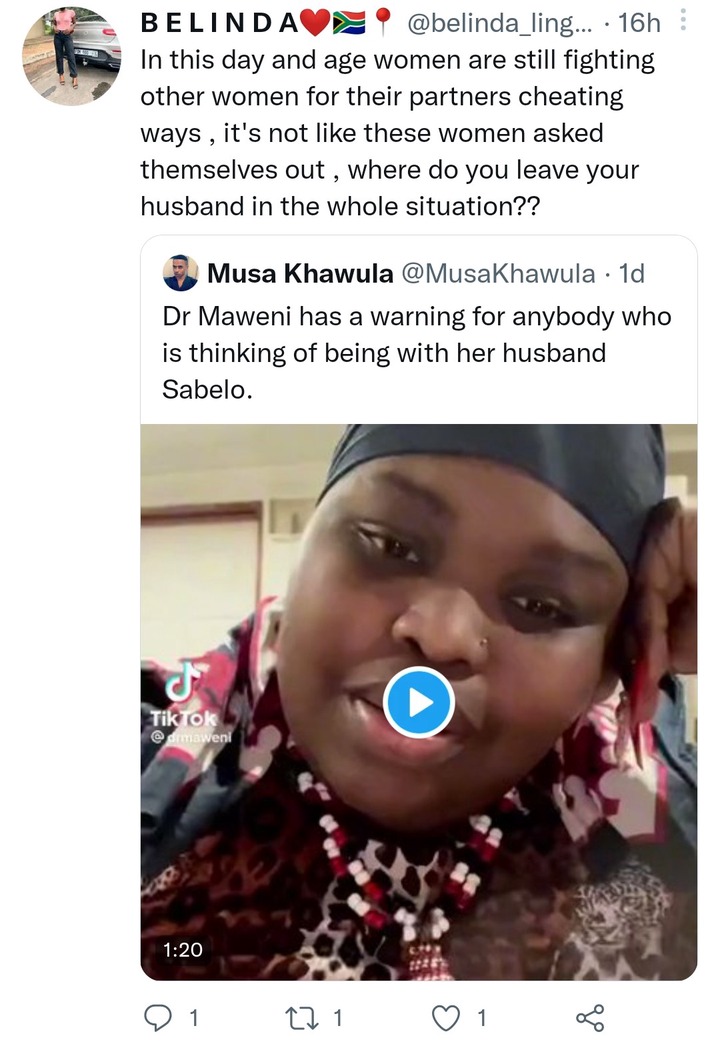 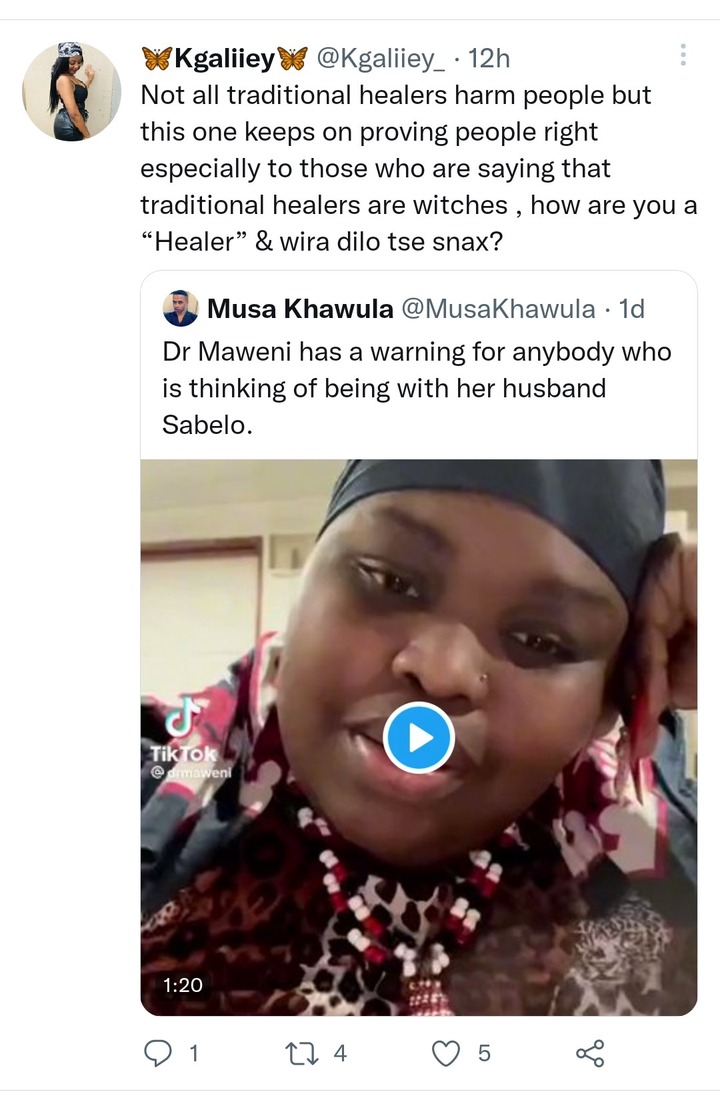