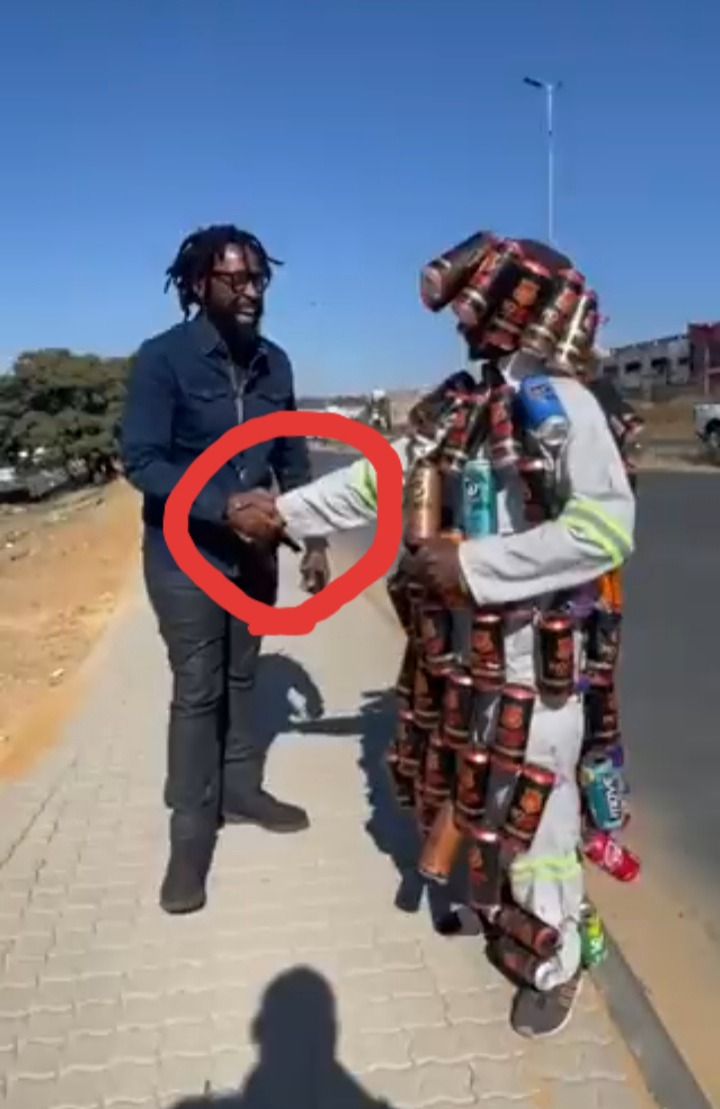 Mzansi can't stop wondering if Dj Sbu is fine or not well this happened after his video was shared on social media. On the video DJ Sbu was seen giving a man R50. This man said that he dances with cans on the street to earn a leaving. People could stop laughing after realizing thay he just gave the poor man 50 rand.

On the video people got a chance to see his full body picture. People realized that he is looking very health than there imagined. But there are unable to say the same thing about him financially. The funny part is that the man on the street didn't even know who was DJ Sbu.

People were actually comparing him to B Phakathi who is famous by helping the poor. He always record videos giving people money or buying the groceries. And people were saying that DJ sbu was not supposed to show the world that he gave that poor man 50 rand.

I actually believe that the money was actually enough for this young man. We are always told that a person need to appreciate what there are given instead of complaining. That man didn't have 50 rand but because of DJ Sbu he was able to make in a minute.