By AM_report (self media writer) | 9 months ago 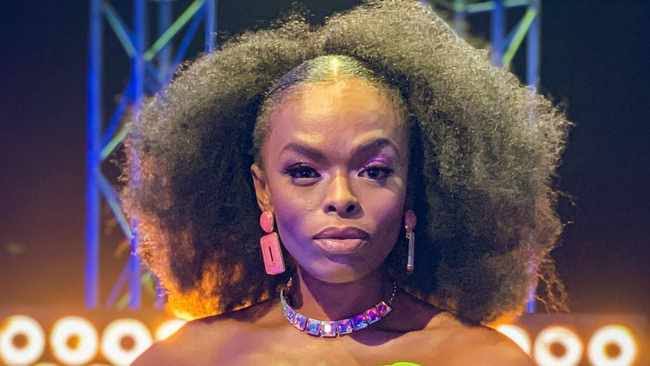 Popular radio host and idols South Africa judge, Unathi was fired from her job as a presenter on Kaya FM. The station states that she was fired for misconduct that rendered the relationship between her and the station intolerable moving forward.

"Kaya 959 can confirm that the contract of Ms Nkayi has been terminated, effectively immediately.

Kaya FM can confirm that incidents occurred, which led to the breakdown of the trust relationship between the two parties. The business can also confirm that due process was also followed and the decision was made to part ways with Unathi.

The station would prefer not to be drawn into the debate around the details of what transpired in the interests of both parties. Safe to say that Ms Nkayi's version if events have been carefully considered and unfortunately found wanting." 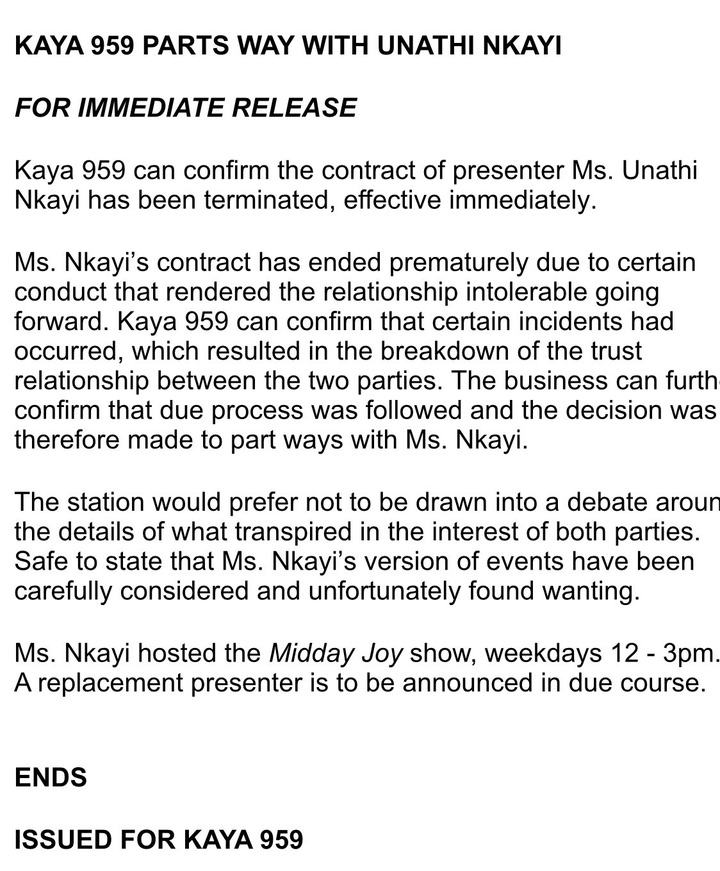 Ironically, Unathi got her job at SA idols after previous judge Mara Louw was fired for unacceptable behavior. Mara was drunk during a show and was slurring in her speech. She even used the f word.Her employer, M net tried to defend her conduct by claiming that her behavior was due to the pain medication she was taking. 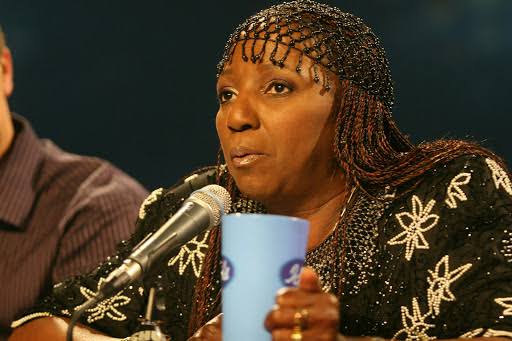 Mara then went to a radio station to apologize profusely for her behavior and also claimed on the station that her colleague, who she did not name had been the one to spike her drink. M net then released a statement saying they were disappointed by her conduct and later did not renew her contract. 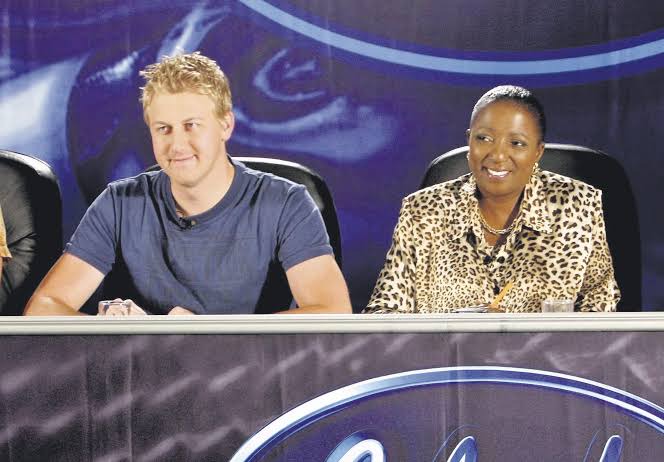 Mara then turned around and accused her fellow judge, Gareth Cliff who stated that Mara should refrain from being the victim in the situation. He said Mara should be an adult and take responsibility for her actions. She is like Paula Abdul( American Idol judge). Gareth would later confess to being the culprit in his book after leaving the show for his own misconduct.

Unathi was then brought in to replace Mara Louw as the new judge on idols. Though not much is known about what her current misconduct is, it It appears she will be the one replaced for misconduct next.

Thieves who tried to break in, had their plan ruined after the family 's dog chased them out