Lasizwe Rocked SAFTAs over the weekend on different look

By BIG_Story (self media writer) | 8 months ago

Lasizwe shock so many people at the South African Film and Television Awards ( SAFTA) over the weekend . Lasizwe is one of the best socialite in the country , but over the weekend everyone was shock the way he was dressed .

SAFTAs are happening each and every year , where South African acting industry get recognition by awards . The SAFTAs started 15 years ago and it's been successfully for all the years . This year we have seen celebrity likes Lusanda Mbene from Scandal , Bathobile Mashego from Scandal , Letoya Makhene from Generations The Legacy , Vusi Kunene from Generations The Legacy , Nthati Moshesh , Grace Mahlaba , Clint Brink , Skeem Saam actors and other local entertainers .

Everyone is talking about the way Lasizwe was dressed , though no one was shock , because on social media Lasizwe is always posting confusing pictures , some of his fans are saying they also confused by Lasizwe because sometimes he wears mens clothes and sometimes women's clothes . 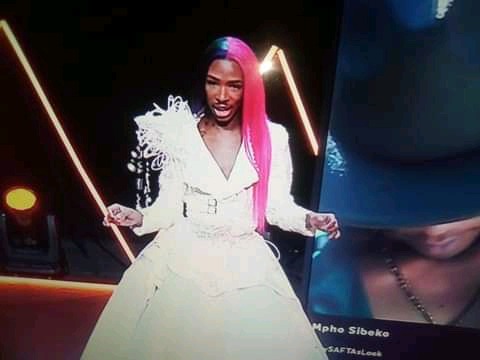 Lasizwe is found on Social media as Lasizwe , the picture below was captured at the South African Film and Television Awards over the weekend .

Content created and supplied by: BIG_Story (via Opera News )