This is a position she was unaware she required. Lusanda Mbane has been cast as Makhosazana on Imbewu, and after months away from the screen, this is the ideal role for her. Lusanda's fans initially fell in love with her as Boniswa Langa on e.tv's Scandal. After five years, she departed the program. She worked on her company, Zazi Zithande Zithembe, for little more than three months. 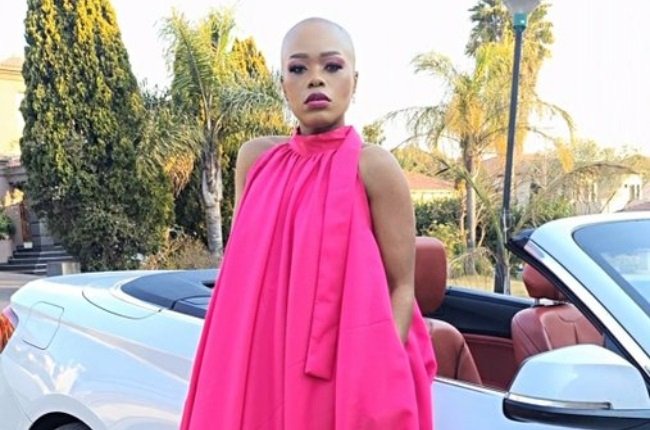 "Being a part of Makhosazana is the unexpected reward. She has compelled me to take immediate action. I played Boniswa for years and when I had to let her go, I had to grieve her, and Makhosazana has been a wonderful way for me to reintroduce myself to the film character.

"After five weeks of portraying her, I can say that I have fallen in love with her. She knows no bounds, and I am forced to go places I never imagined I would be forced to go for a character. She instills fear in me and causes me to consider what my children and family will say while they watch this. It's very remarkable. I believe one of the most significant distinctions between her and Boniswa is that, although Boniswa had children who often anchored her, Makhosazana akana nja akana kati (she has no cat, dog, or family) and so will do everything she has to do without hesitation."

She has missed being on set during her absence. "From July through September, and maybe into October, I was able to see tremendous development in the company. I used my time well, and we are now reaping the benefits of my efforts. However, I am a person who does better when I am overworked.

"I believe that if I had put it completely away from the camera for months or longer, I would have begun to lose it." Makhosazana is a flashback for Muzi Mthabela's Menzi Vilakazi. "This period has been magnificently overwhelming, and I never saw myself working in KZN, yet here I am. I can't simply up and go since I have a spouse and children in Joburg, but the people of Imbewu have been wonderfully welcoming to a Joburg-based artist."

She was in KZN filming and required weekend travel between the two cities. "When I arrived on the set of Imbewu, I was greeted with an abundance of warmth. I had a sense of respect and acknowledgement. Although this is a recast, I have never been made to feel inferior. "I have no idea who was originally cast in the part or how or why she has withdrawn from consideration. I made a deliberate choice to concentrate on understanding her in the manner in which she came to life for me." She is now in Johannesburg filming another project for another channel. "I am fortunate to be able to pursue my aspirations and do what I like."