‘In the song I said 100 B’s but it was really 65 000’: Grammy-nominated rapper Big Sean teamed up with star producer Hit-Boy on a new single titled ‘What A Life’. Watch the music video here! 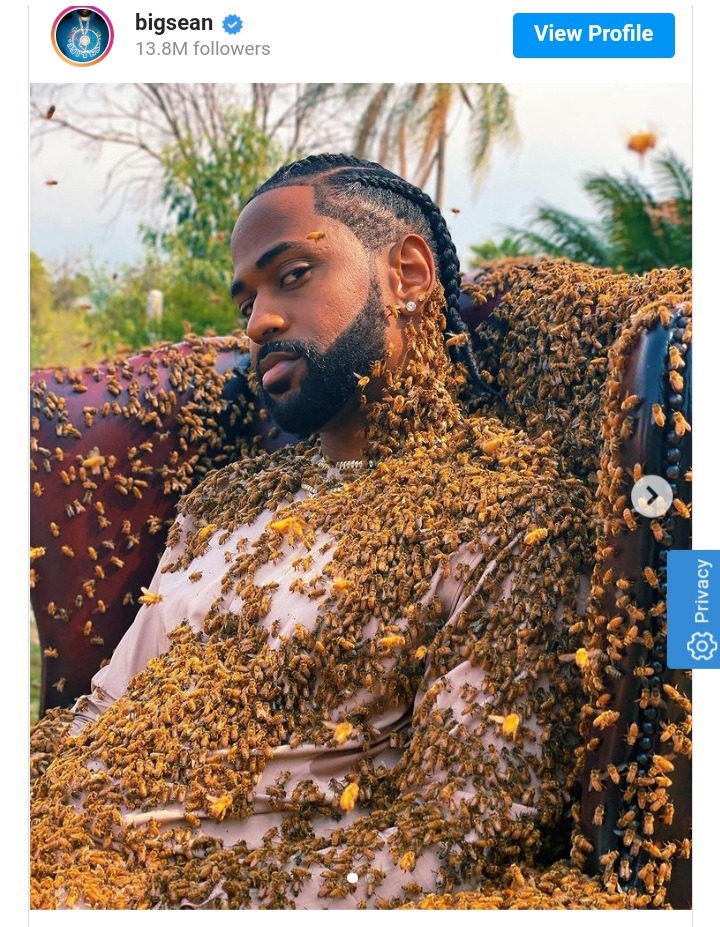 Some rappers go above and beyond for their music videos but no one has done it like Big Sean. The California-born rapper released his new single What A Life on Friday 22 October and in the music video for the track, he is covered in 65 000 bees!

Hit-Boy has worked with several top acts including the likes of Jennifer Lopez, Gucci Mane, Snoop Dogg, Kendrick Lamar and Beyoncé. He worked with the Grammy award-winning songstress on her sixth studio album Lemonade.

BIG SEAN’S ‘WHAT A LIFE’

The 33-year-old rapper’s single What A Life is his first solo single for 2021. The music video directed by Joel Weil sees Big Sean rapping over a fast-paced beat and he reminisces over his music career and personal life. He reminds his fans that he isn’t married yet so it’s “rocky on his right hand”.

Besides running from a group of bachelorettes and levitating in the sky, the rapper is covered in a swarm of 65 000 bees.

Taking to Instagram Big Sean wrote: “In the song, I said 100 B’s but it was really 65 000 bees on me, this is not photoshopped neither.

The Bounce Back rapper’s comments section was full of fans and rappers who praised his bravery.

IS BIG SEAN THE CANDYMAN?

After seeing Big Sean covered in 65 000 bees, a few of his colleagues and fans pointed out that the image is reminiscent of the 1992 horror film Candyman starring Tony Todd and Virginia Madsen.