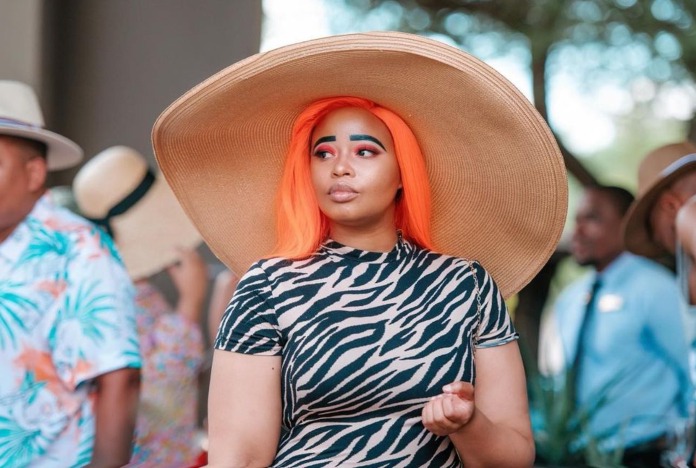 Tango Ncetezo is a 37-year-old South African movie star best known for her role as Lindiwe in the second season of the SABC1 drama series, A Place Called Home.

Tango is an anti-social media figure who is calm and soft-spoken. Because of her personality, it's difficult to think she become a media figure.

How Old Is Tango Ncetezo and Where is She From?

Tango Ncetezo is a 37-year-old South African television personality who was born on December 21, 1984. Pinky and Mbulelo Ncetezo nurtured her till she was two years old in the East Rand neighborhood of Johannesburg. Her parents were given the opportunity to study psychology in the United States of America when she was two years old. 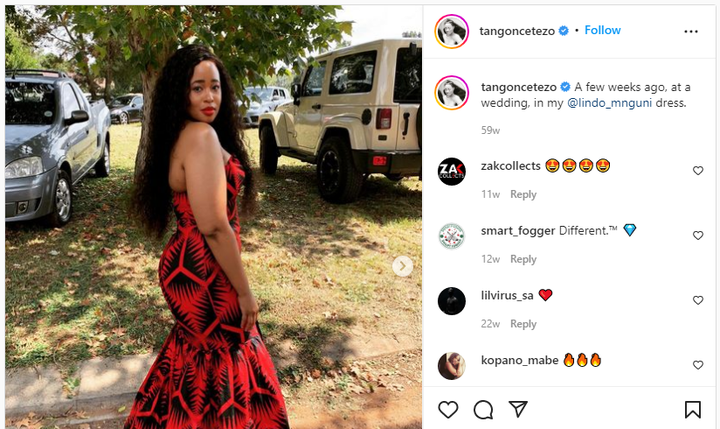 Her parents were forced to leave her and her younger brother, Kgositsile, in the care of her grandparents, Josephine and Jacob Masegome, when they left the country. Tango, on the other hand, didn't have to miss her parents as much because her grandparents' home was filled with love and pleasure.

Her relatives were her only pals, and they were the only ones she had. She and her cousins rarely played with the neighboring kids outside their house, but they had a lot of fun inside. Her grandparents' house housed so many people that some of them had to sleep on the floor.

But that was not a problem because her grandmother cooked great meals and there was so much love in the house. Tango Ncetezo and her brother moved back to South Africa with her parents after returning to the country. There is no additional information about her parents or brother accessible.

Tango Ncetezo did not have an easy high school experience. Her classmates had already decided what they wanted to be before the matriculation tests. They had a sense of direction, but Tango did not, as she had not been a particularly good student in the past.

She didn't know what she wanted to do after high school. She was uninterested in school activities in high school and preferred to be alone. Many people would describe her as having a "anti-social personality."

Her high school attitude made her matriculation examination a difficult chore. She was self-conscious and worried that she might fail the exams. Fortunately, she outperformed her expectations by passing the exam.

Young Tango was still unsure about the next phase of her life after passing her matriculation exams, so she took a gap year. She did nothing during her gap year until a friend told her about AFDA, a performing arts institution where she could do a course in directing and live performance. 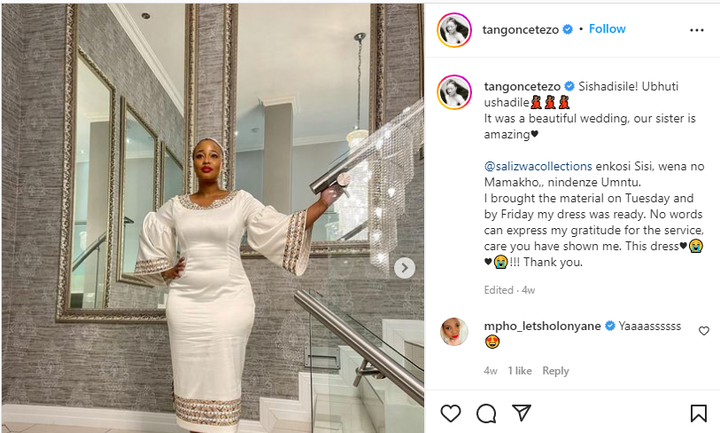 Tango acquired an interest in studying art because she was a reserved person who didn't always have an interest in acting or working with a large group of people. After all, she was doing nothing and didn't have any other plans at the time. Her parents, on the other hand, were not convinced. Her father thought she was insane for wanting to study film.

Her parents most likely anticipated her to get a professional degree and attend a traditional university. Tango had to persuade her father to let her attend Performing Arts School AFDA for three months. Thankfully, her parents agreed on the condition that she would turn it into a career.

She Faced Some Level Of Rejection At The Beginning Of Her Career.

Tango Ncetezo found it difficult to get into the entertainment sector after graduating from AFDA. She stayed at home for up to a year before applying for my position. She went to a few auditions, but the competition was too fierce, and she struggled to get a part.

Being an introvert made things even more difficult for her. To make matters worse, she did not believe in her own ability, as she had done with her matriculation exam. She had to finally bring herself to order since she knew that remaining silent would not help her fulfill her dream. During the auditions, she had to establish that she was self-assured.

Tango Ncetezo Had Her Career Breakthrough At The Age Of 24

After a while, Tango Ncetezo began to gain favor with filmmakers. She was fortunate enough to land a role in Jozi-H, a SABC3 medical drama. Tango was so taken aback when she received the part that she couldn't comprehend what the director saw in her to cast her in it. 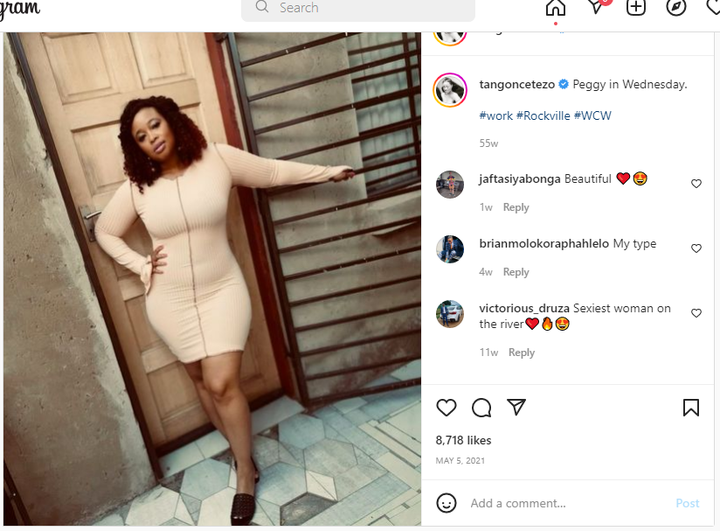 She portrayed a woman who mistook herself for pregnant when she had a growth in her stomach in the series. Her first appearance in front of the camera was eye-opening, revealing that she belonged in the entertainment industry and as a movie star.

She continued on this route until she landed her first major role in the SABC1 drama A Place Called Home, in which she played Lindiwe, a street youngster who is the main character.

After ‘A Place Called Home,’ She Has Featured In Other Productions

Between 2012 and 2013, Tango Ncetezo had the opportunity to appear in another important part, this time as young Sindile in the television series Inkaba. She continued her acting career in 2014, starring in the SABC1 drama series Sticks and Stones.

Tango has been in a number of well-known films and has established himself as a household figure in South Africa. Single Guyz, Mina Nawe, End Game, Rockville, and Zabalaga Z'bondiwe are just a few of the soap operas in which she has appeared.

She starred in the SABC1 sitcom Thuli no Thulani in 2017, in which she played a single mother with a 10-year-old child who moved in with her twin brother following a series of misfortunes.

Tango Ncetezo as Paulina, a horrible, loud, and rowdy tavern owner in the film The River. The soap opera continues to air on Mzansi Magic, and she has portrayed this part since the show's beginning until the present season (Season Four). 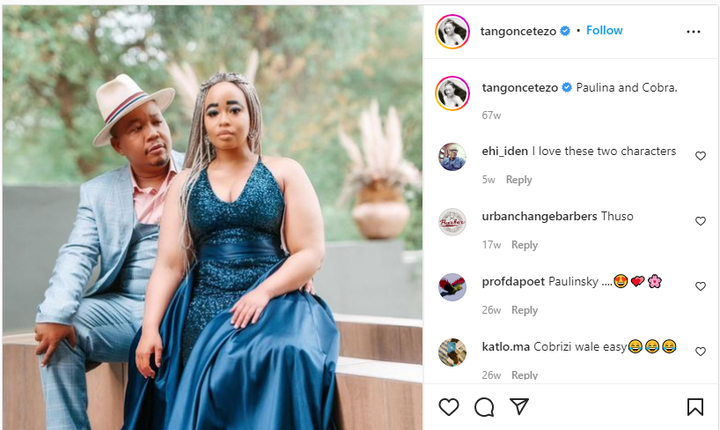 Despite the fact that her character in this series is the polar opposite of herself in real life (Paulina is gregarious, whereas Tango is anti-social), she has continued to do an outstanding job in her part. Tango has established herself in the entertainment industry today.

She is now more self-assured, and she is pleased that she did not lose touch with her actual self. She also appreciates all of the love and support she received when she wasn't sure what she wanted out of life.

Who is Tango Ncetezo Dating Now?

Tango Ncetezo is not one of those superstars who prefers to share facts about their personal lives. The actress appears to be a completely different person, since she has kept her personal life as discreet as possible.

She told News24 that she had a partner and that they were in a nice relationship. Regardless of this, the identity of her so-called partner has remained a mystery, and there has been no word on whether they are still together or have split up.