By Emmysticks (self media writer) | 4 months ago

Ntombeningi Sithole (on the right) says that Deborah Fraser's funeral turned out to be a third memorial service. 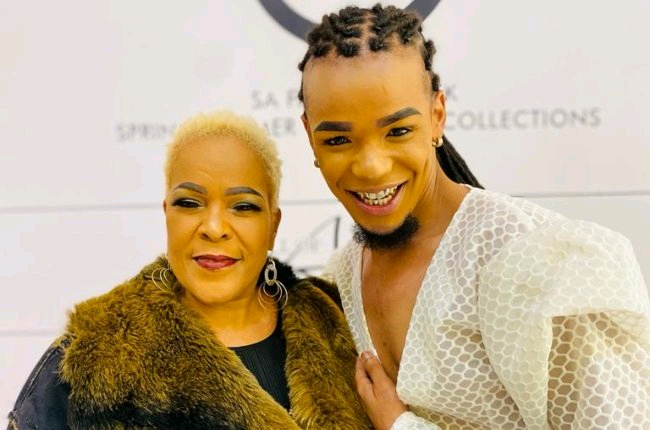 It was raining so hard that floods threatened to wash away the last memory of where the dead gospel singer would have been laid to rest.

Deborah Fraser was supposed to be buried in KwaZulu-Natal this past weekend, with friends and family from the business world in attendance.

But when the family went to where she was buried, they found that the spot where her tombstone was supposed to be had been washed away.

Ntombeningi Sithole, her brand manager at Universal Music, says that the family is going through so much pain that it's almost too much for them to handle.

Ntombeningi tells Drum that this is very painful for the family because they spent money on a funeral for the gospel star that turned out to be the third one.

"The weather wasn't good, but we never thought it would get so bad that the grave would flood. Everything went well at the ceremony. When we got to Hillcrest Cemetery, it was a mess, and the family had to decide to take the body back to the funeral home. "I didn't know that the funeral would be on a different day before I left for Johannesburg," she says.

She says that the family will wait until the weather is better before setting a date for a small, private ceremony that only close family and friends will attend.

"I felt bad for the family because nobody should be able to send the body back on the day of the funeral. A funeral is part of the grieving process, and they aren't close yet because they still have to worry about setting up another funeral.

"It broke my heart because I was close to Mam' Deborah and managed her brand on her last album for Universal Music as part of my A&R job. When you've already told yourself you're going to bury someone and then something like this happens, it breaks your heart."

She says that she was there when Deborah's health got worse and that she knows how hard it was for the gospel star financially, especially with Covid and recording the last album.

"I don't want to lie, but the department of arts and culture has let Deborah down. I even said this at Deborah's memorial service, when I said that I had asked for help from different departments, but no one came to the party. "This makes me sad because I don't know if I'll be able to go to the funeral. This whole thing is a mess, so I hope everything will work out," she says.

Ntombeningi says that fans can still look forward to hearing the music that Deborah was working on before she died, even though the release date has not yet been set.

"Things were rough when this album was being made, so she had to ask other artists to work with her because she needed a good comeback.

"I can't wait for this project to come out. It's a beautiful collection of work that makes you remember the first time you heard Deborah. She left us with a melodic album, and I hope people will love it and listen to it well."