By Greatyone (self media writer) | 25 days ago 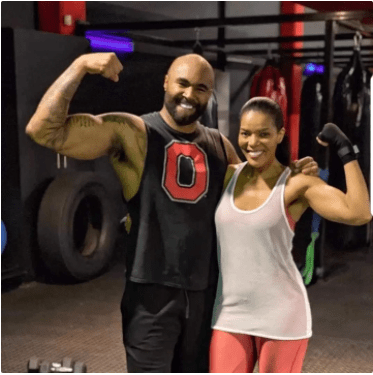 Connie is pictured with Samad Davis, an American actor and producer who was a member of the cast of the television series Kings of Joburg. This follows a tweet by one of the social media users, in which Connie Ferguson was pictured standing exactly next to Samad Davis.

Samis featured as a vicious mobster from the United States in the television series The Kings of Joburg. He makes an appearance in the most recent episode, 'The Sacrifice,' and he also serves as the show's executive producer.

Despite the fact that the user did not provide any other information, the picture of these two elicited a variety of reactions from Mzansi, many of which were negative.

The following is the tweet sent out by the user who shared the photo of Connie and Samad with the world.

Soon after the other users became aware of the existence of this photograph, they addressed the underlying assumption that Connie had gone on.

Despite the fact that it is unclear when the photograph was shot, the majority of people assume it was taken prior to Shona's murder while they were working on The Kings of Joburg. Due to Davis's involvement in the film production sector, several users believe they would make an excellent couple. He may also be put to work in the family's commercial enterprise. In the case of Connie, life has not come to an abrupt end. She has to move forward from this situation.

Do you think these two would make a fantastic couple, or do you have other ideas?

Online Bookstore For Your Convenience

How to take care of your natural hair in summer