Top 7 Rappers Who Produce Their Own Beats

By RefilweSylvester (self media writer) | 4 days ago 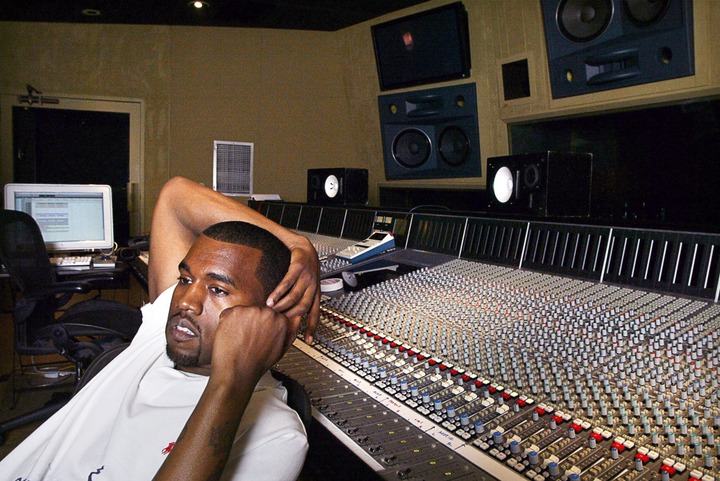 Ye began his career as a producer for Roc-A-Fella Records in the early 2000s, working on tracks for artists such as Jay Z, Ludacris, Alicia Keys, and Janet Jackson before embarking on a solo career as a rapper. His critical and commercial success has garnered him 21 Grammy Awards, giving him the 12th most decorated artist of all time and the second most honored rapper, trailing only long-time partner Jay Z. He's also the 30th best-selling music artist of all time, and the 3rd best-selling rapper, behind Drake and Eminem.

'Ye is, without a doubt, the most successful producer-turned-rapper in history.

His production approach is defined by sped-up or otherwise changed voice samples from old soul albums, and he is credited with revitalizing Jay Z's career by creating four of the thirteen tracks on The Blueprint in 2001. Kanye recalls stepping off the train in Chicago with only $10 in his pocket and being offered the chance to play beats for Jay Z.

Kanye released his debut album, The College Dropout, the following year, and the rest is history. Many of Kanye's tracks, as well as those on which he appears, are produced by him. In his rap career, he has remained a famous producer.

Let's move on to another musician whose work has been affected by Kanye West's legacy. 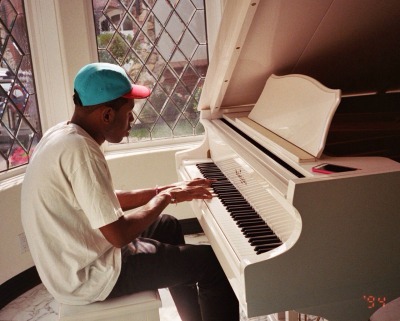 Tyler has named Kanye West, Pharrell Williams, and Eminem as three of his main influences, which makes sense given that all three are rappers who also produce music.

Tyler has been a rapper and producer since the beginning of his career. In 2007, he co-founded Odd Future, a now-defunct alternative hip-hop collaborative. He produced the majority of the songs on their debut mixtape, The Odd Future Tape, as well as all of the songs on his first solo mixtape, Bastard. Tyler was heavily involved in the production of each project from Odd Future's inception to their final disbandment. Tyler has produced the most, if not all, of the songs on each of his solo albums, including Goblin, Wolf, Cherry Bomb, Flower Boy, and Igor.

Tyler, the Creator's early production style has been compared to horrorcore, which contrasts sharply with his current jazz-inspired, melody-focused sound. This represents Tyler's growth and development as an artist over time.

Tyler created history with his most recent album, Igor, by becoming the first solo rapper to have an entirely self-produced and self-arranged #1 album on the Billboard charts. That's fantastic.

The next person on our list is..., who has self-produced numerous of his own tracks during his career. 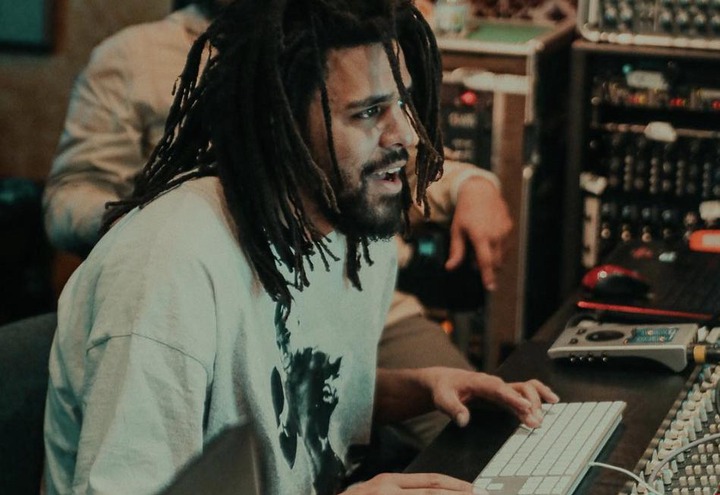 J. Cole is a producer as well as one of his generation's most well-known rappers. He produces the majority of his own projects and has also worked with artists like Kendrick Lamar and Janet Jackson.

Cole couldn't do much more than sample when he first started making beats at the age of 14. J. Cole began acquiring a broader understanding of music production as a whole after his mother gave him his first drum machine, and he began releasing instrumentals online under the monikers Blaza and Therapist.The latter of the two didn’t last long, because this was during the MySpace era, so his URL read www.myspace.com/therapist. Yeah, that needed to change. Thus, J. Cole was born.

J. Cole once went to Jay Z's recording studio as a teenager to show him his beats. He waited three hours for Jay Z, the president and CEO of Def Jam Records at the time, to dismiss him. J. Cole was the first artist to be signed to Jay Z's Roc Nation label a few years later. What does this imply?

Don't let one rejection or failure deter you from pursuing your dreams. Rejection Is A Normal Part Of The Job Search. 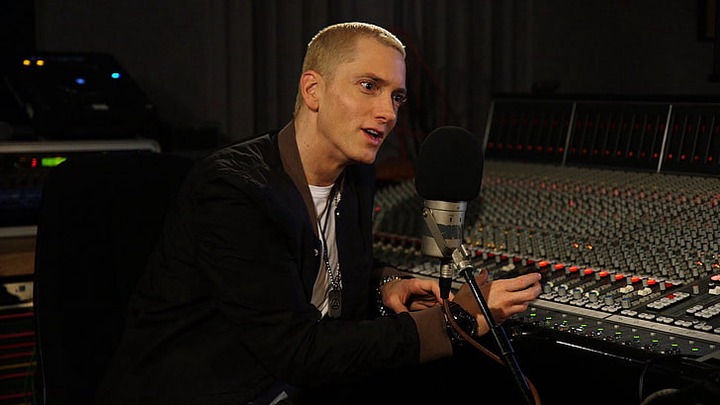 Over the course of his career, Eminem has earned hundreds of producer and co-producer credentials. He seems to be quite involved in the entire music-making process.

Many people are surprised to learn that Eminem is a superb beat maker and producer in addition to being a rapper. He's been the sole producer for several of the songs he's featured on, including Akon's Smack That and Obie Trice's Rap Name, in addition to co-producing nearly all of his own major hits. Eminem was also the sole producer of 2Pac and Biggie's postmortem collaboration Runnin' (Dying To Live).

The list of Eminem's co-producing credits is too long to list here, but it's understandable that he's a fantastic producer after being overshadowed by one of the greatest producers of all time, his mentor Dr. Dre.

Many hip-hop fans consider Eminem to be a Mount Rushmore of rappers, but they don't realize how valuable he is on the boards as well. 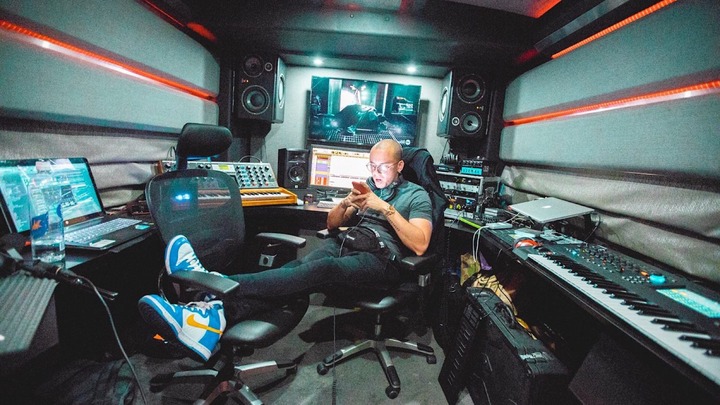 For a few of his tracks, Logic has shown off his abilities on the piano and drum machine, although he mainly collaborates with other producers. I'm adding him on this list to demonstrate that, even if you're a rapper who doesn't want to be a full-fledged producer, it's still beneficial to take up an instrument and study it, as well as collaborate with producers to assist in the beat-making process and establish your own distinct sound.

This next rapper/producer informs his audience that he produces, mixes, masters, engineers, and writes all of his songs. 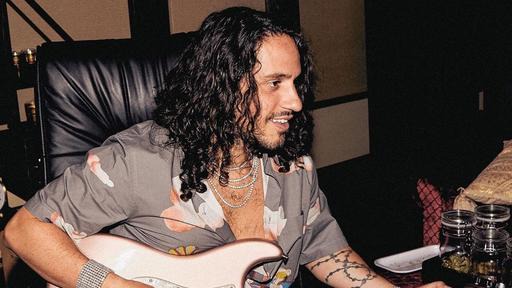 Russ has no qualms about taking credit for writing, producing, engineering, mixing, and mastering his 11 albums before becoming famous, including his certified platinum debut album, There's Really A Wolf.

Russ was first recognized as an in-house producer for Dimeon, the collective and label he co-founded in 2011. He then went on to seek his own profession, boasting time and time again about being his own producer from start to finish.

His accomplishments are outstanding, but I'd like to use Russ as an example for this lesson. Be self-aware of your musical ability. If you try too hard to show that you are involved in every step of the music-making process, and you force it down people's throats like Russ does, your listeners will lose interest and grow weary of hearing about it. Give yourself credit, but don't go overboard.

Now for number one, and despite the fact that this list is not in any specific sequence, I wanted to keep this man for last. He is... 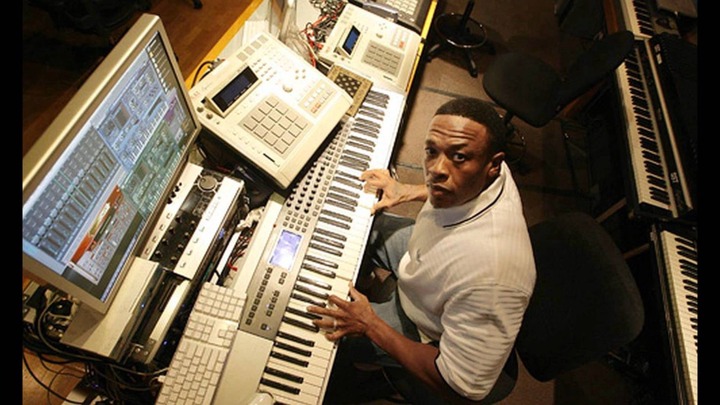 Dr. Dre has been in the music industry for over 30 years, beginning as a DJ for the electro-funk group World Class Wreckin' Cru in the 1980s.

Dr. Dre and fellow Wreckin' Cru member DJ Yella teamed forces with Eazy-E, then Ice Cube and MC Ren to form N.W.A. and popularize gangsta rap in the 1980s. Dr. Dre was a rapper as well as a DJ and producer for N.W.A. He went on to have a solo career, going platinum three times with The Chronic and six times with 2001.

He formed Aftermath Entertainment and Beats Electronics, and is now hip-second hop's richest man, after only Jay-Z.

Dr. Dre is one of the most well-known producers and businessmen in the music industry today, and while he is also a very successful rapper, we all know him first and foremost for his work behind the boards.