Sometimes posting a video of social media can be interpreted in a the wrong that than that you really intended. That's the case with Thando Thabethe. 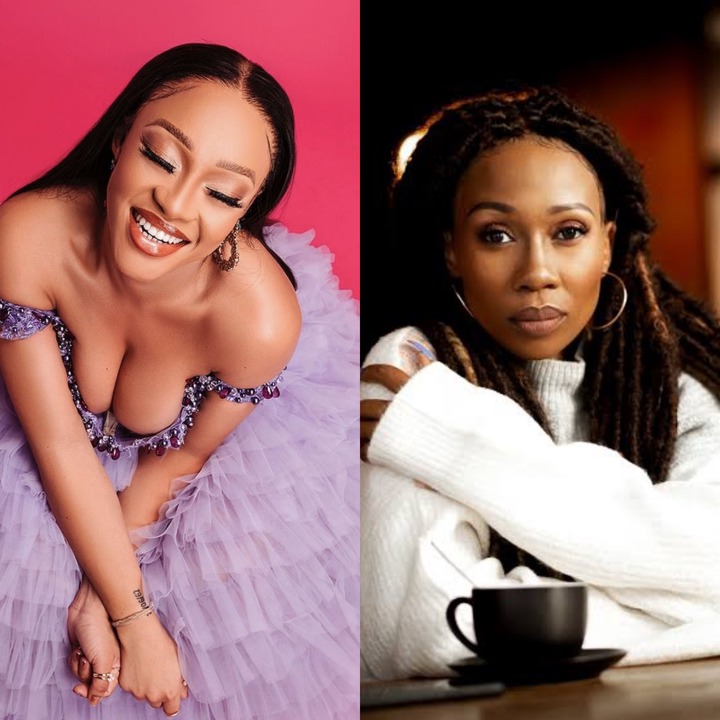 She recently posted a video of her and a few of her colleagues doinv the Umlando dance challenges in the studio. This was the same thing Dineo Ranaka got suspended for yesterday. Here's the link to the video https://www.instagram.com/thando_thabethe/reel/CY60ABjLALT/?utm_medium=copy_link

The video was entertaining but people couldn't help but wonder if she posted the video just to shade Dineo Ranaka. On Twitter people are already starting to ask questions like this tweep who said "Looks staged to shade someone or some radio station." 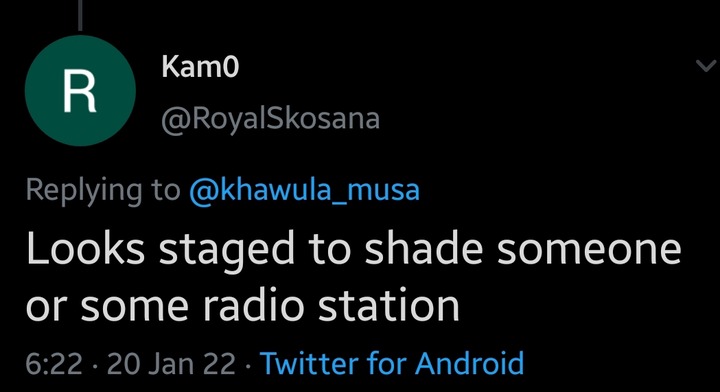 The two video have somethings in common like being the radio studio and dancing on top of official furniture which were the main reason Dineo got suspended. People are also warning Thando that she might end up getting suspended to. People like Somizi, Cassper and other social media personnels have commented on Instagram warning her. 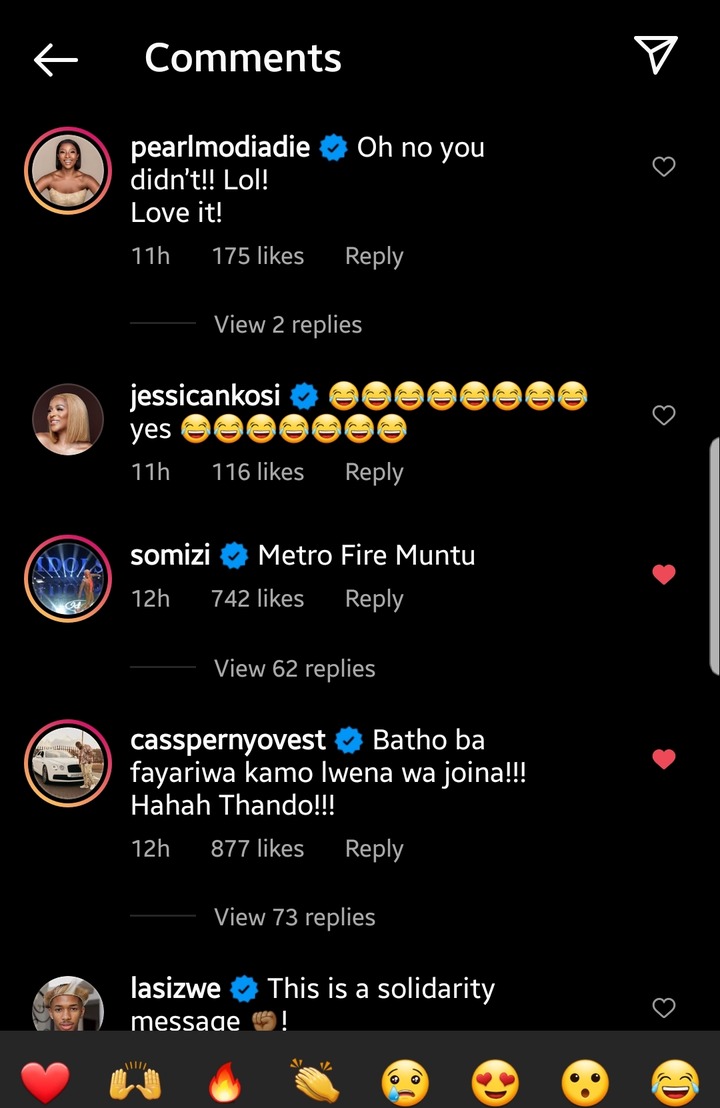 While on Twitte someone said "As long as you are with the white man you are safe, unlike someone who decided to do it alone at other radio station." 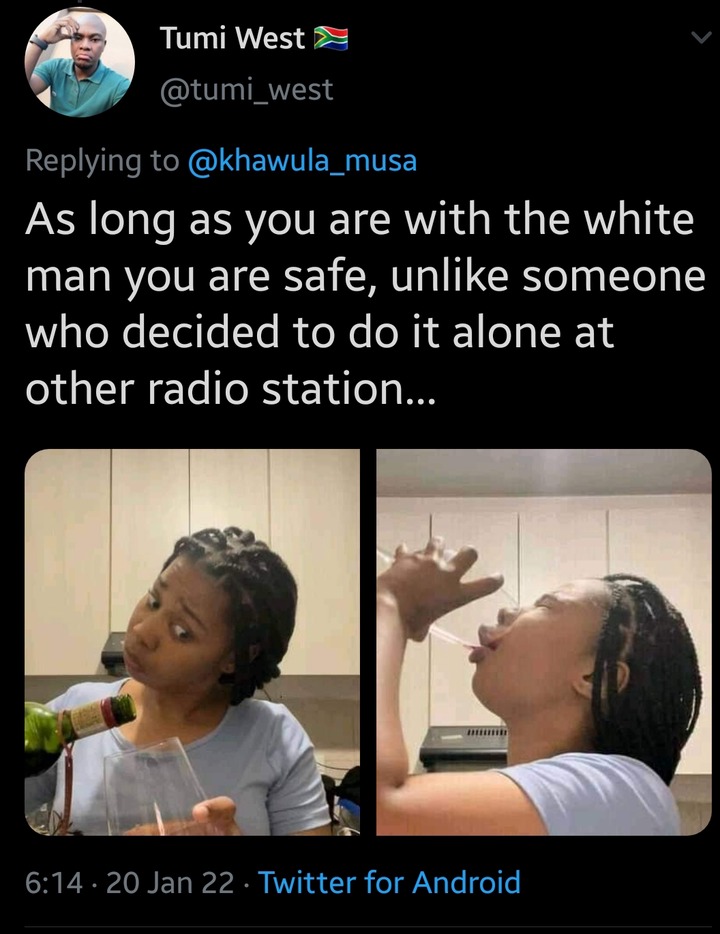 Another tweep also said "Thando was very clever she did it with a white man to safeguard herself and besides this one looks cute. Ayi lesdomu esiwu Dineo Ranaka her suspension should be made a Termination." 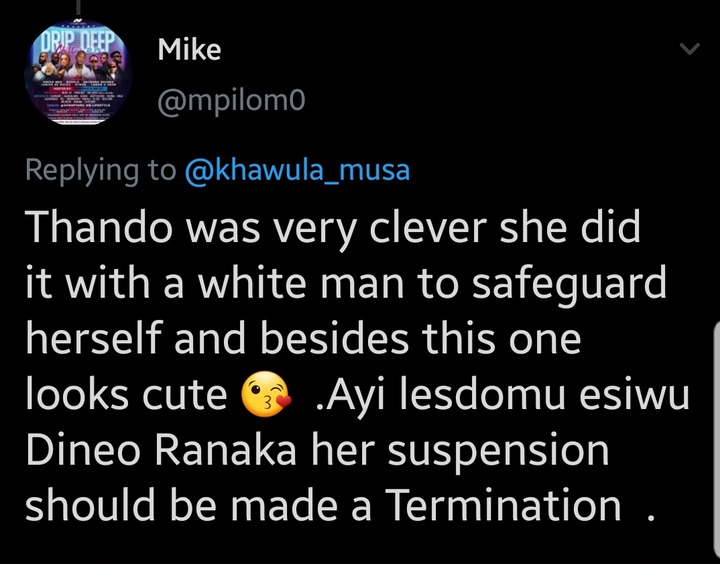 There is a lot of speculation about this video. Some people think it's really a video to shade Dineo Ranaka and Metro FM, while others think it's a solidarity video showinv Metro FM that it's not that deep and they shouldn't have suspended Dineo but other people think she just trying to prove that she won't get fired because she is dancing with a man of another race. I think this was just a video she made because it's fun, the reason behind it could simply be for the sake of doing a fun challenge at work and bringing fun into the work place.

SA female celebs who love sex and are not shy to talk about it. See who they are

Somizi wants a boxing match with his estranged husband Mohale. This will be a match to remember.

Brenden humiliates his wife in public.