By Kgangi (self media writer) | 4 months ago

Tv personality Katlego Maboe demands a whooping R4 Million for damage of reputation, loss of income and psychological damage following a public dispute with ex wife Monique Muller. It all began when Monique posted a video of her confronting Katlego for cheating. 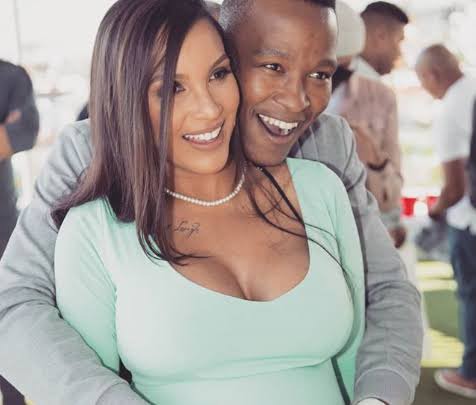 In the video Monique claimed Katlego gave her an STD that could potentially cause her cervical cancer. She also claimed Katlego was very abusive towards her during their marriage. This statement alone is enough for Monique to defend herself against Maboe’s lawsuit. If he claims he suffered psychological damage then Monique may have had it worse as she had to deal with his continuous cheating as well as the medical report she got regarding the STD. After all Katlego may not have a strong case against Monique. Katlego is reportedly suing 3 more people including Monique’s brother Sabrina Walters who is the founder of Women for change and Safta’s chairperson for judges Dr Janet Van Eeden. There hasn’t been any response from the parties sued but this may be another low blow from Katlego. Maboe has been out of work since this whole drama started. He lost his Expresso hosting gig as well as many other deals he was involved with.

Woman jumps out off moving Mercedes Benz after airbag deploys