By Pruddie_writes (self media writer) | 1 month ago

Domestic helpers are human beings who also deserve to be treated with respect and kindness. Most of the time the opposite applies, domestic workers are subjected to abuse and are exploited by their employers.

While there are laws in South Africa put in place to protect domestic workers, most of them are afraid to stand up for themselves when they're treated unfairly because they don't want to lose their jobs. Some of the helpers are immigrants who don't even have legal papers in South Africa. 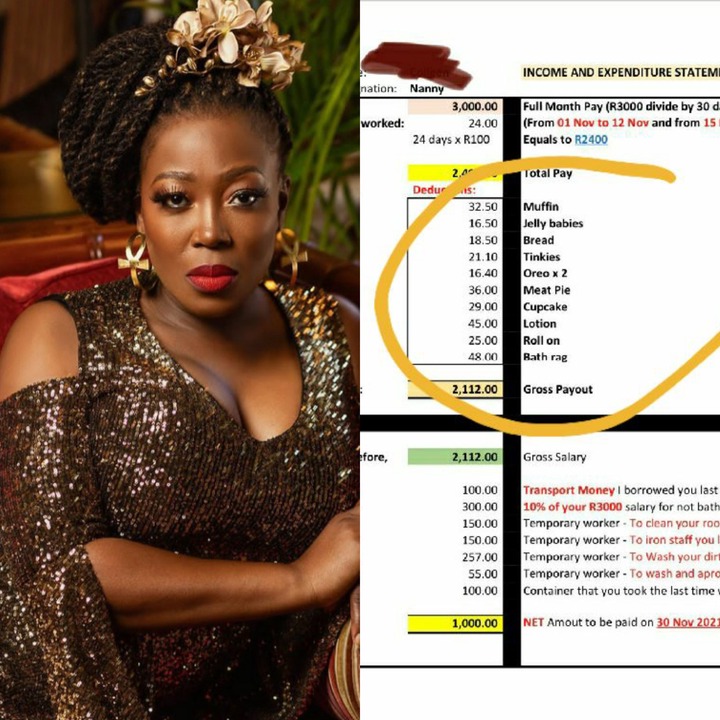 South African actress Rami Chuene took to social media to share a story about a house helper who was treated unfairly. She wrote a thread on Twitter about the whole issue of her helper's sister, who is also a domestic worker. Rami was so angry regarding the kind of exploitation some employers do to house helpers. 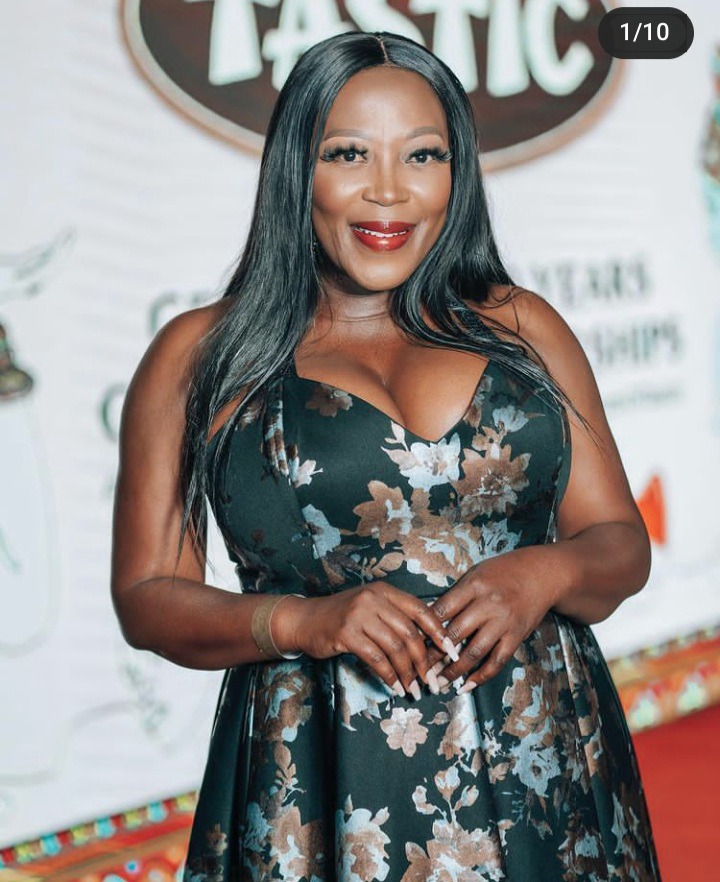 " A TREAD: Lenna! let me tell you something. Don't abuse your helpers!V*k!!! I'm so angry. I'm not crazy about screenshots but this you won't believe me if I don't show you. Here's a madam (Black) in Broadacres robbing and financially abusing her helper in broad daylight...." Rami wrote 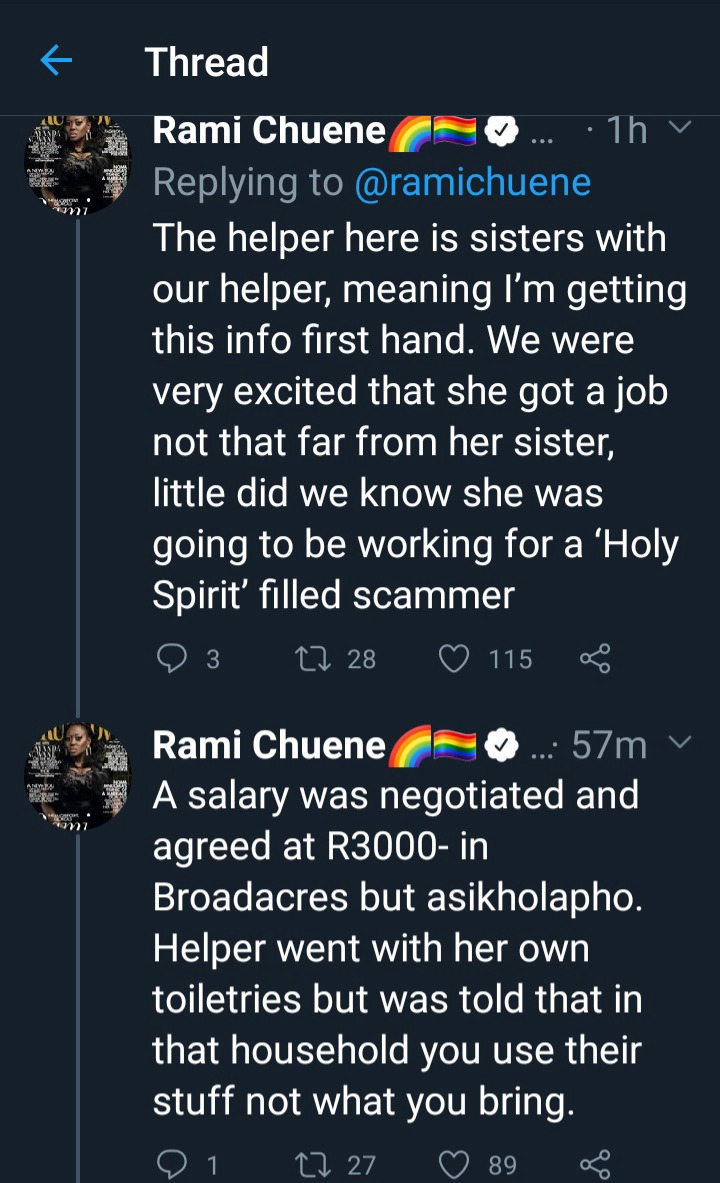 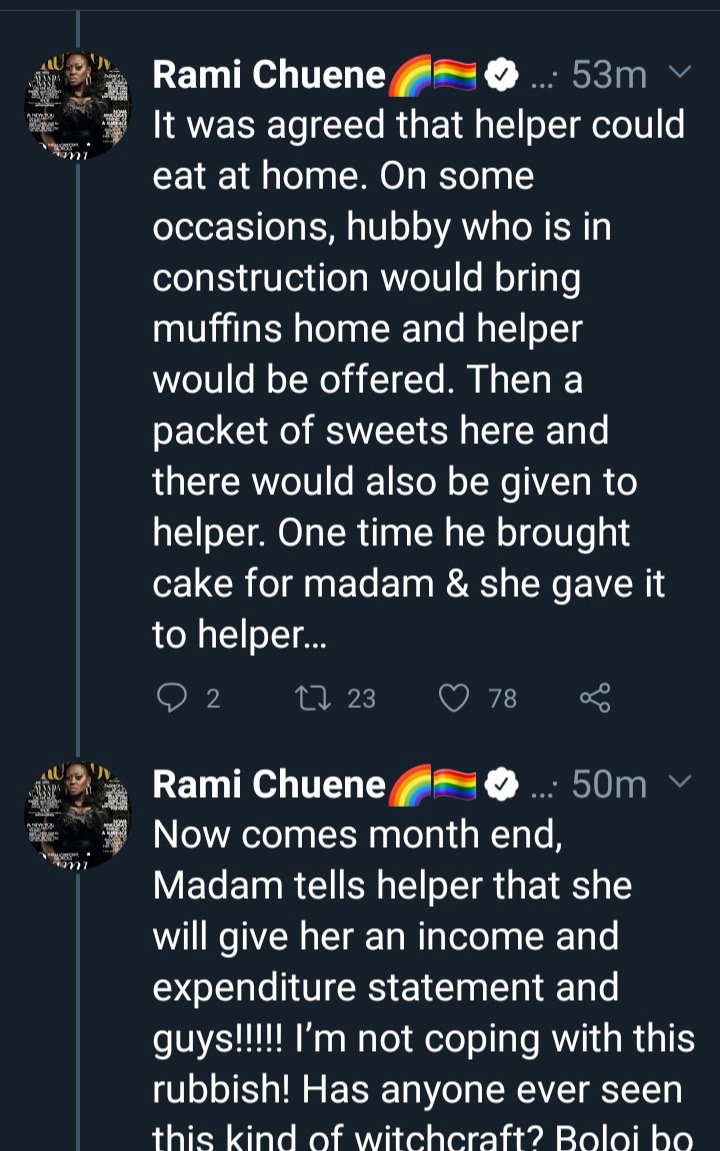 She continued to explain on the thread how the employer and helper negotiated a salary of R3000-. In one of the conditions the helper was only allowed to use toiletries bought in the house not your own. Now the employer sent the helper an income and expenditure statement with all the little things the helper ate at the house and the toiletries the helper bought for her. Check out pictures of the statement below and screenshots of the conversations where the madam was explaining to the heper about the deductions. 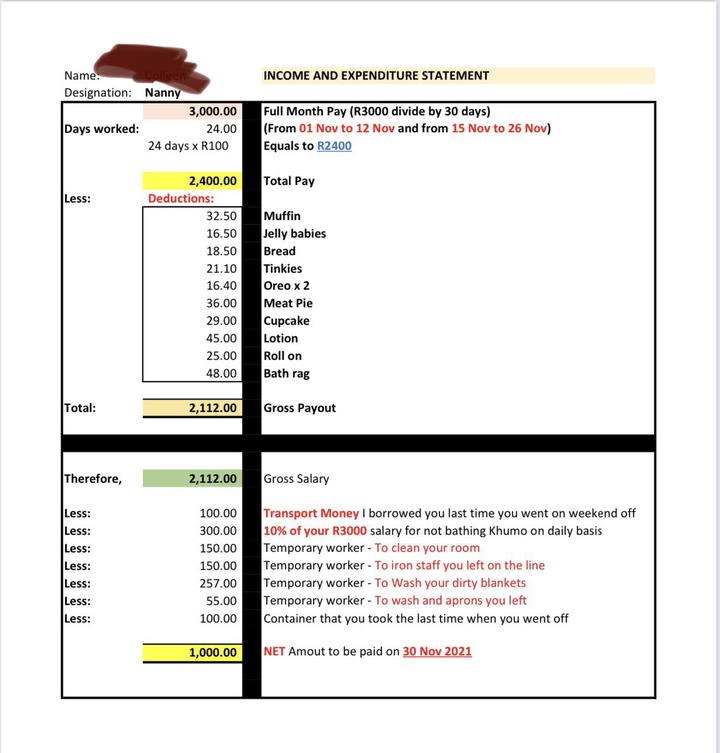 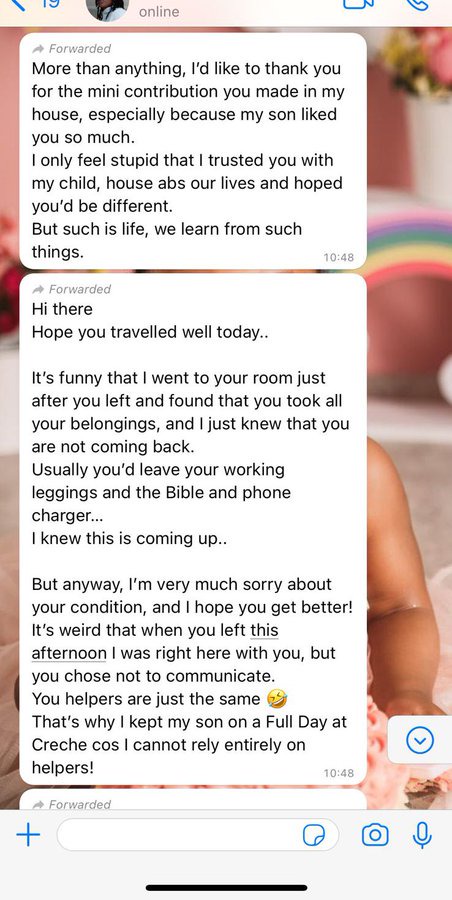 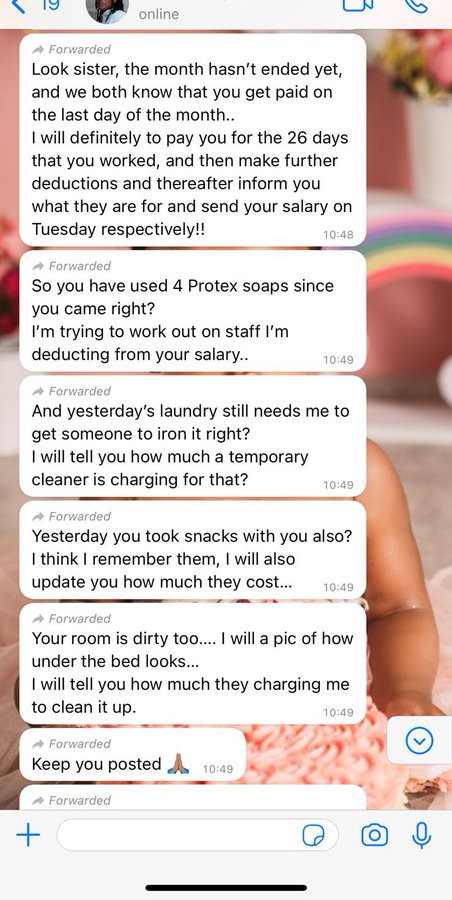