People spotted something stranger on Somizi while he was cooking

By Everydaynews (self media writer) | 23 days ago

Somizi Mhlongo he is the one of the South African idols judge. He has recently posted his pictures on Instagram where he was cooking on the fire. Well Somizi is a professional chef who always post cooking videos on his story. He loves cooking and he always enjoys making new dishes that is what he told her fans. He is one of the richest people on media industry. This man has lot of talent in many things, he is chef, dancer, judge, comedian and many more. But then he was only focused more on being a judge. 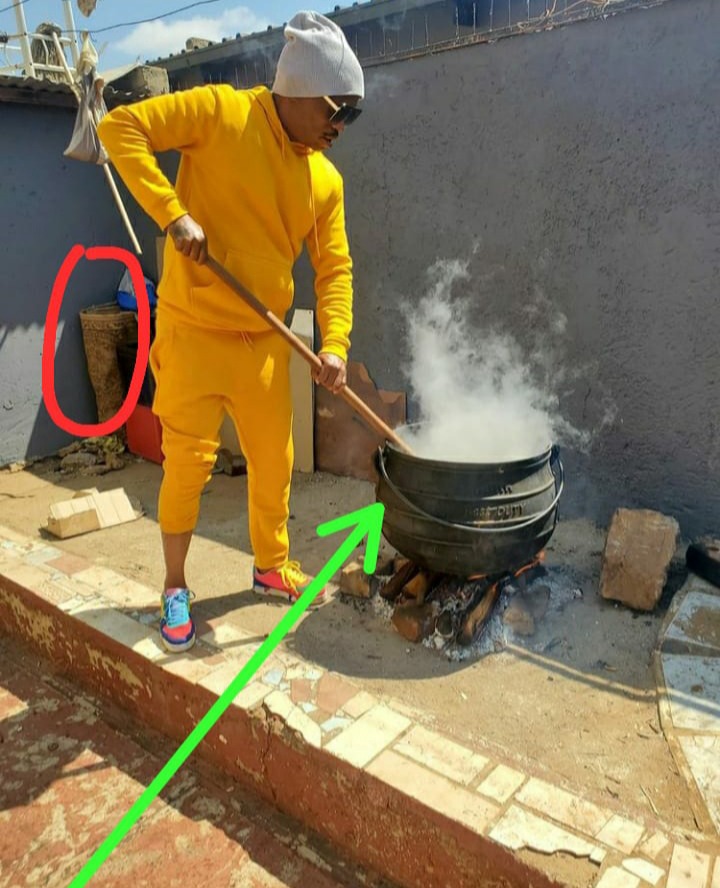 But since the drama that happened between him and her ex fiancee things has changed. He is now no longer a judge as he was putted on hold until his name is proven innocent. After that he decided to just continue with doing his dance classes. Well he is a choreographer which makes him a perfect dancer. He shared his few videos when he had classes teaching people how to do some dance moves. 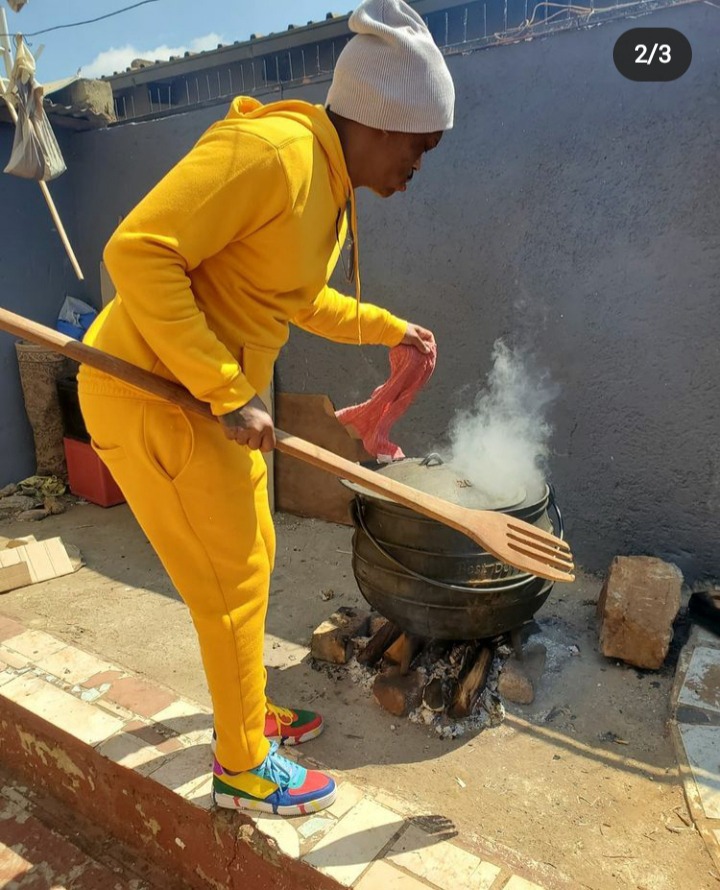 Well it is rare to find a rich man like Somizi cooking on fire. People found that strange that Somizi doesn't have any prode he does what other people are doing. Even though he was wearing his expensive shoes and clothes but he was not scared. He was seen cooking using a traditional pot which is hot. The fans were so proud of him for showing that even when you rich don't treat yourself differently. 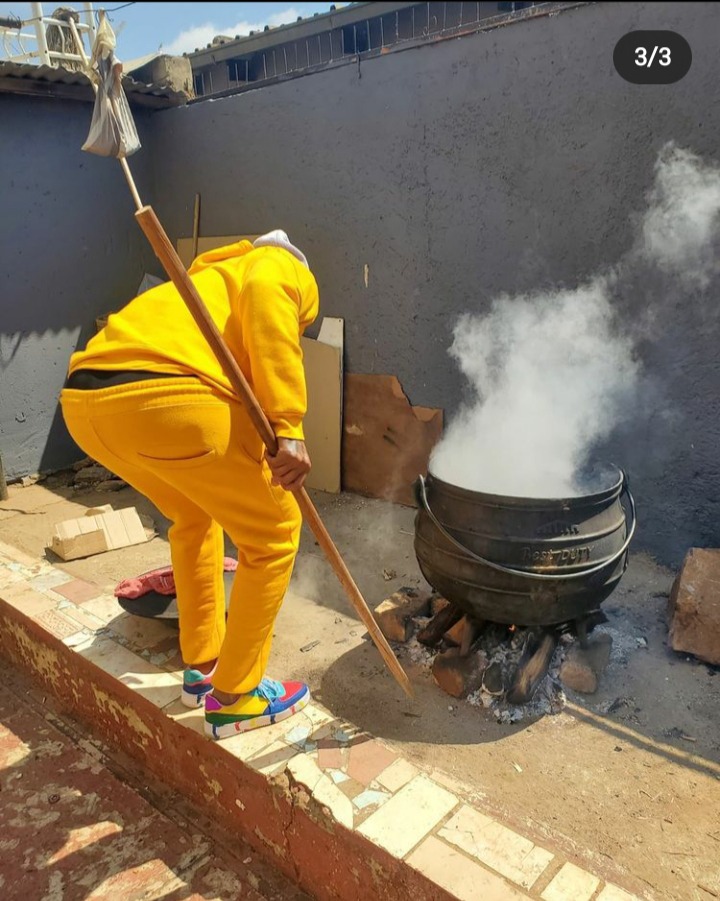 He was seen opening the pot using a cloth. Which shows that it was very hot and he putted it down. After he used a traditional spoon to check what he was cooking. Well it's rare to see a celebrity star doing that. Most of the celebrities are always on the restuarant eating fancy food. But you can see that Somizi is different from others. He knows when to use his fame and when to hide it from people. 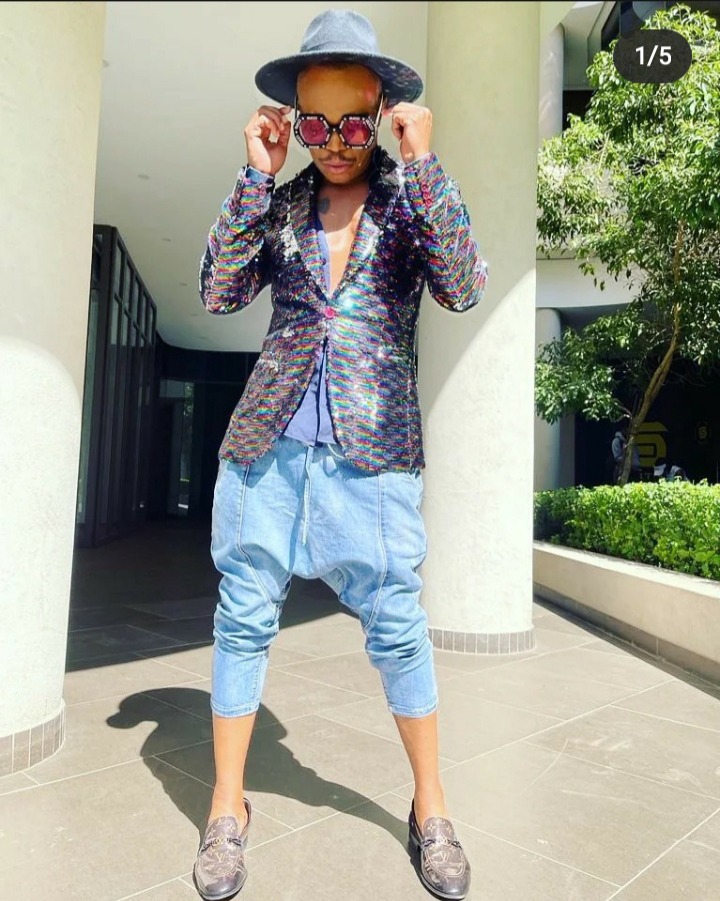 This was seen after his love for cooking. Most of people who have money hire maids to cook for them. But not somizi. He love cooking for himself than going and buy expensive food. This shows that he know the value of money he work hard for it. People are not used to such people so they think there is something strange about him. After the drama that happened on his life people thought he was going to be depressed. 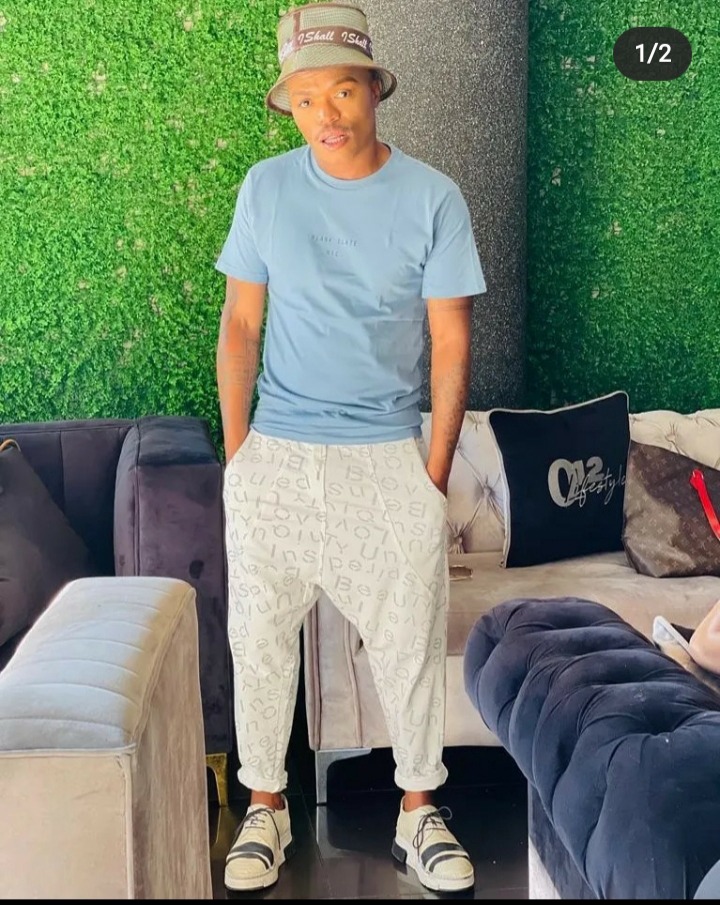 Aftet Somizi lost her mother he changed to a better person. He learned how to value other people becouse this life is very short. Recently he posted a video where he was telling winnie how proud he is about ger. He was showing her that there are people who are looking up to her she must not stop doing good job. You see that not every celebrity do that most of famous people don't congratulate others.

People on the comment section were happy that he was cooking on the fire. You can comment below if you have something to say about Somizi. 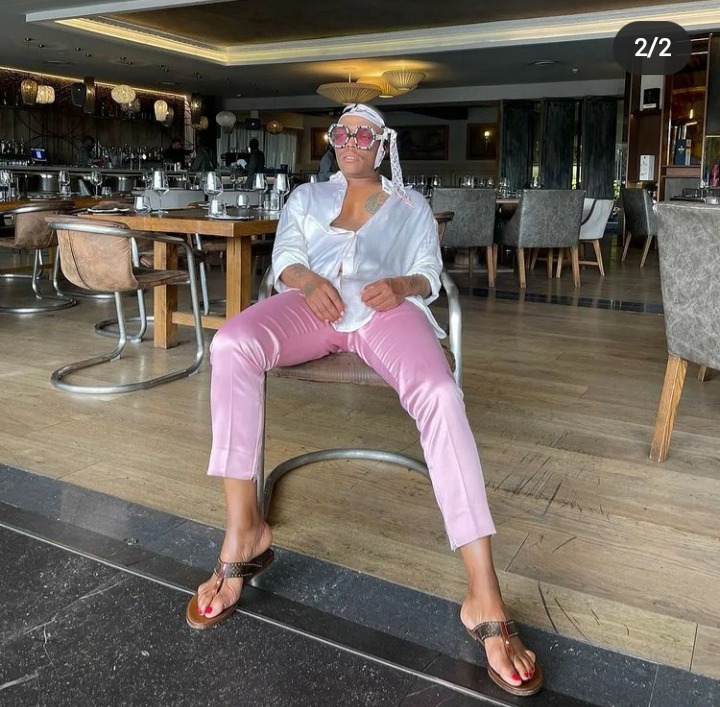