Although he is only 25 years old Tyga has already joined the big boys, buying this home in Calabasas, California where he stays with his 17 year old girlfriend Kylie Jenner. Spreading over 9200 square feet, this residence has a movie theater, seven bedrooms, a swimming pool with a waterfall, plus a gym and eight bathrooms. 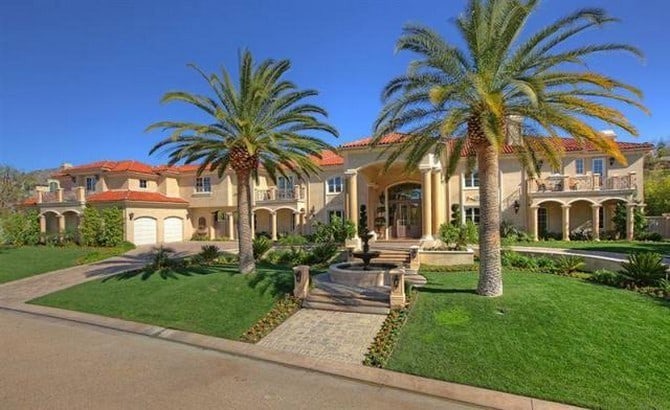 Drake bought this house back in 2012 from Larry Pollack, the owner of Saddle Ranch, for $7.7 million and dubbed it as the “High Times at the YOLO Estate”. Located in Hidden Hills, a gated oasis that also hosts celebrities like Ozzy Osbourne or Denise Richards, the house has swimming pools with a grotto, arched wood beams, a hot tub with a fireplace nearby, a built in library, game room, wine cellar and home theater, all designed in an aesthetic that combines organic and rustic features. 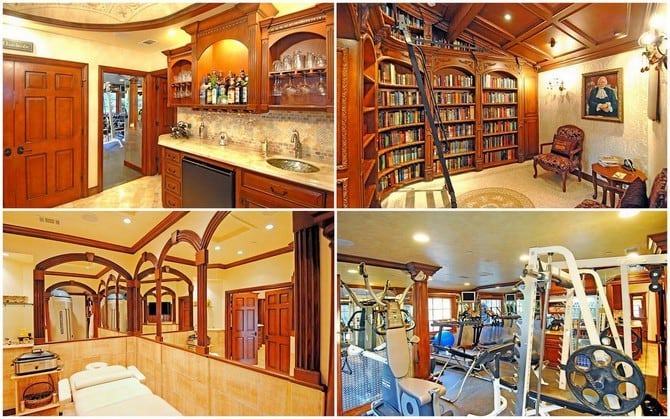 Lil Wayne still owns this incredible house he bought in 2011 for $11.6 million but legal issues might force him to sell it in the near future. With a surface of 15,101 square feet, nine bedrooms, ten bathrooms, a three bedroom guest house and a master suite with two floors accessed via a glass elevator, the house is certainly opulent, but it might prove to be too much for the rap icon. 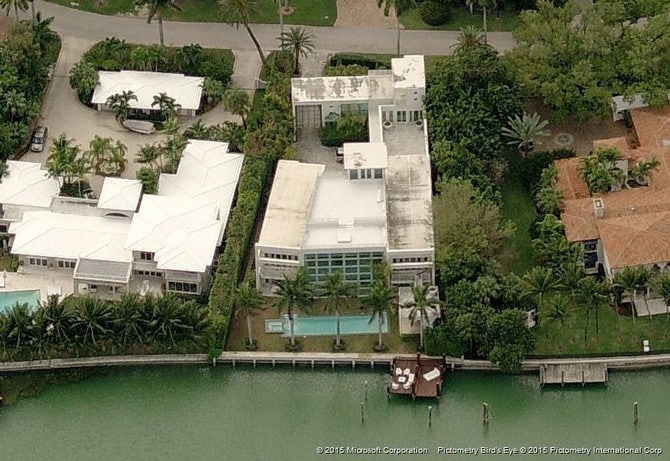 Pharrell Williams might be trying to sell his Miami penthouse for a profit, but in the meantime, he still lives here, bringing together all the elements that make Pharrell unique. The waterfront property has 9,080 square feet of living space with five bedrooms, six bathrooms, a home theater and a living area spreading over three levels to connect it to the outdoor kitchen, swimming pool and rooftop terrace. 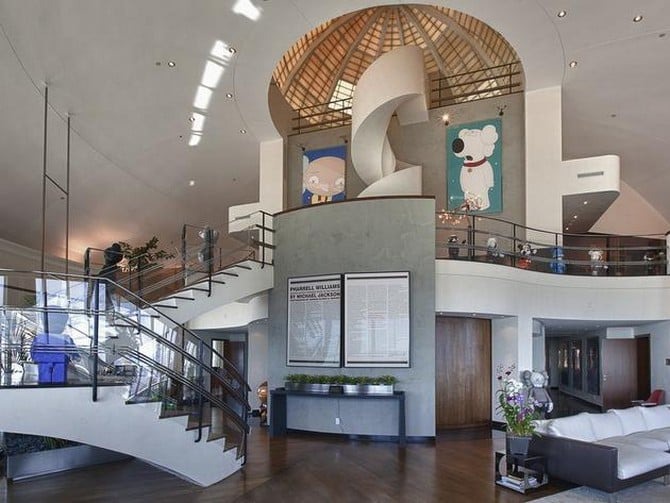 Birdman bought this Miami Beach mansion $14.5 million back in 2010, an estate which resembles a luxury hotel more than a private home. It is located on the Pal Island and has 9 bedrooms, 17 baths and 100 feet of waterfront area in case the swimming pool isn’t enough. The custom bar is ideal for parties and also great for someone who prides himself on wearing at least $1 million a day. 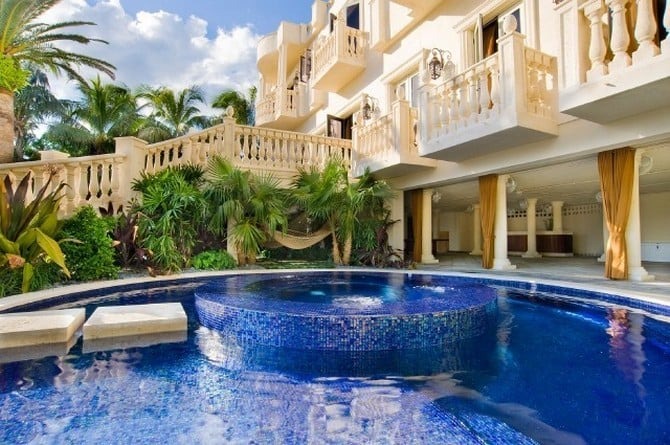 Kanye and his wife Kim Kardashian have recently bought this house in Calabasas, California for no less than $20 million dollars, staying in the same region as some of the other rich rappers. Spreading over 16000 square feet, this incredible estate has eight bedrooms, a game room, two swimming pools and its own vineyard. 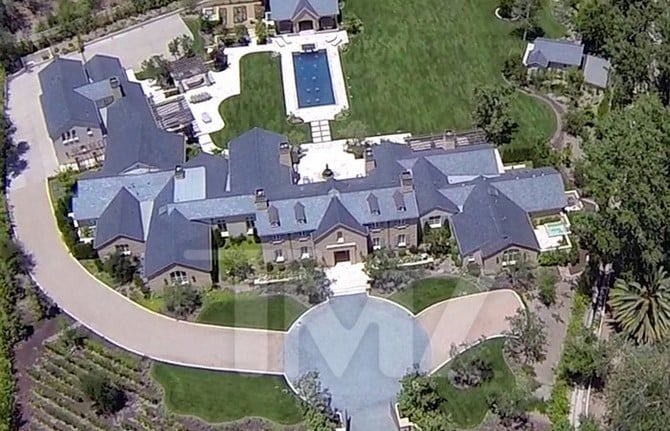 Known today more for his acting career than for his music, Will Smith is estimated to be worth a quarter of a billion dollars right now. The Prince of Bel-Air chose to build his palace in Calabasas, California with Stephen Samuelson as the lead designer, bringing organic forms and handcrafted elements to a stylish and quite unique mansion. 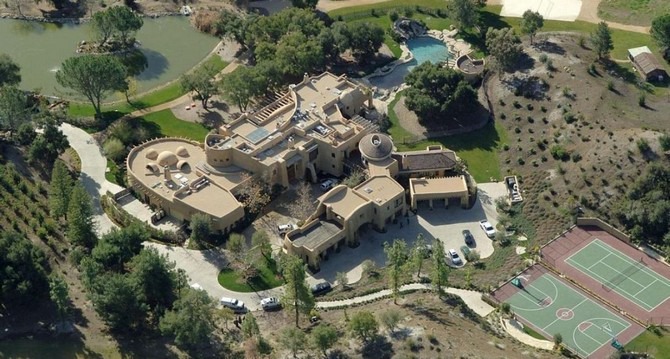 Dr. Dre was the first billionaire making his fortune from rap music and today he spends most of his time between singing, producing or developing technology. He bought this gorgeous house in Brentwood from Tom Brady and Gisele Bundchen last year and aside from the opulence of the others it is also completely eco-friendly. It spreads over 18000 square feet with nine bathrooms, five bedrooms, a sauna and even a moat, to keep the unwelcomed parties at bay. 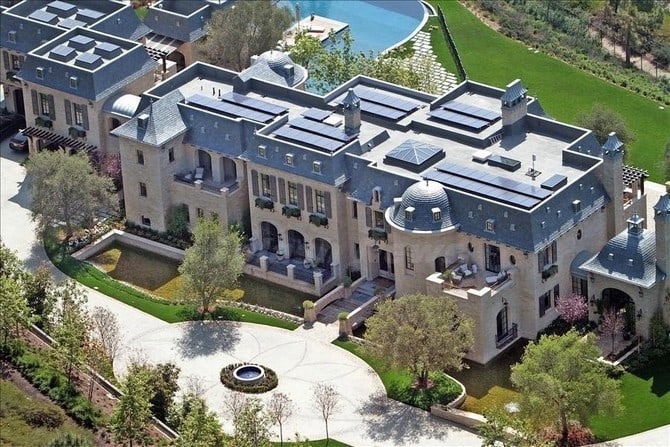 Located in the exclusive area of Holmby Hills in Los Angeles, this massive home was purchased for no less than $40 million by P. Diddy last year, featuring a swimming pool which resembles a lagoon and a grotto leading to a tunnel underwater. It spreads over 17000 square feet and it comes with its own gym, a large wine room as well as a home theater with 35 seats. 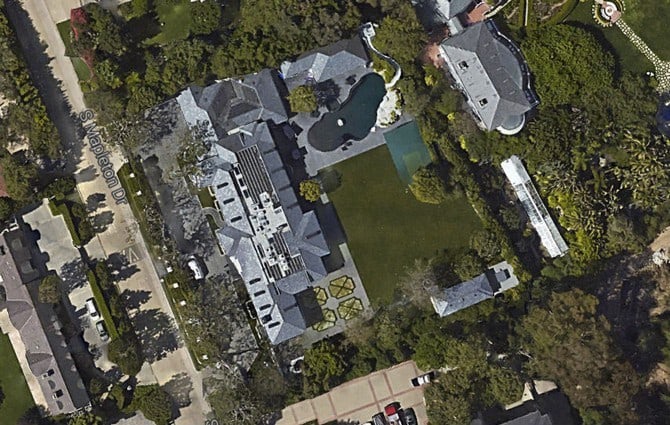 Jay Z and Beyonce have bid no less than $70 million for a home last year but they were eventually outbid by the creator of Minecraft, Markus Persson. Located in Holmby Hills, their biggest home was built by an Italian developer with seven bedrooms, eight and a half bathrooms, a wine cellar, a catering kitchen, two libraries, a theater and its own tennis court. The house can be rented right now for only $150,000 a month or purchased for a reduced price of just $35.5 million. 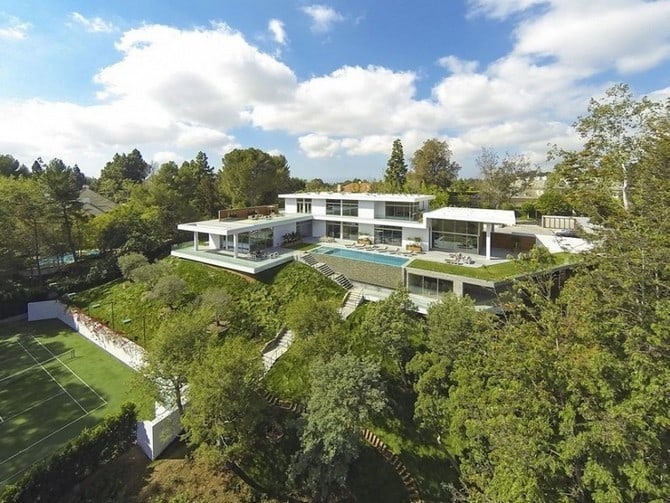