Former employee Refilwe Modiselle has spoken out about her terrible work environment at one of South Africa's most popular ethnic radio stations. 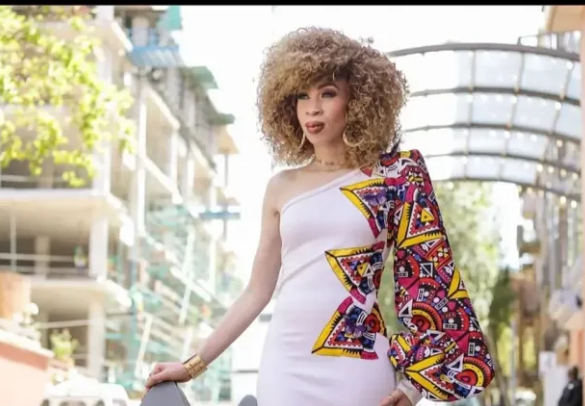 The model said that her tenure at Motsweding FM, where she joined the afternoon drive team in 2018, was characterized by antagonism on the part of the management.

When she appeared on Mo Flava's famous #CelebCatchUp segment on the Morning Flava, she revealed the details of her relationship with him.

Modiselle, according to sources, joined the Motsweding afternoon drive crew in April 2018, ready to demonstrate her radio presenting abilities to the audience.

The media celebrity was hired after the station's host lineup underwent a major overhaul, according to the station.

It was about the same time that another well-known Mzansi celebrity, actor Rapulana Seiphemo, was given the go-ahead to join the team.

This resulted in widespread dissatisfaction among the station's devoted listeners, who were not enthusiastic about television stars offering entertainment on the radio.

Modiselle collaborated with Lucky Tlale, a radio personality who has received several awards.

Modiselle, however, suggested on Metro FM's The Morning Flava morning program on Monday that her stay had been plagued with toxicity while participating in the famous #CelebCatchUp segment.