"Stop It" Jobe London reacts to rumours that he's dead

By JuniorMuvenda (self media writer) | 10 months ago

The rumours of a celebrity's death started escalating today in the morning claiming that Jobe London has passed away. Jobe London who has produced some of the best music in South Africa was rumoured to be dead but he made a clear statement to let South Africa know that he is not dead and he is very much alive.

The image above is a screenshot which shows how Jobe London reacted to the rumours that he has passed away. He made these 2 tweets after seeing that he was the number one trend in South African tweets for the day. 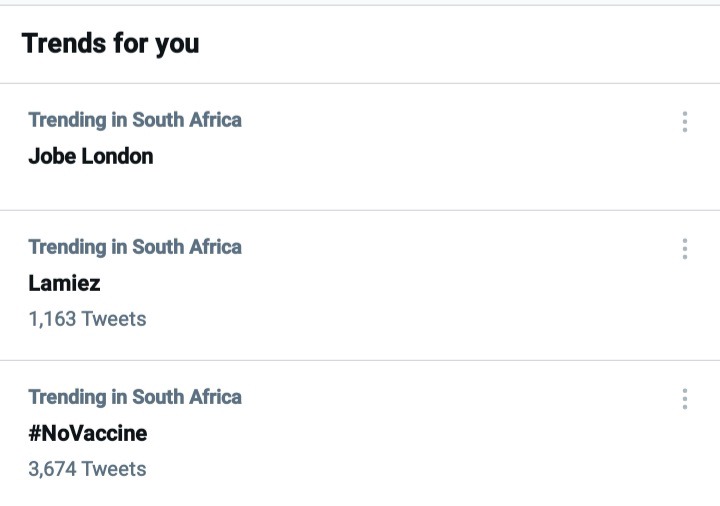 As you can see on the image above he is the number one trending topic in South Africa.

As for me I'm just glad that Jobe London is still alive. 2021 has been a tough and sad year and we have lost a lot of celebrities. Many lives have been lost this year and we definitely can't afford to lose more.

These rumours were not started by a certain celebrity. It was just Twelebs looking for attention who decided to start a trend as a way of seeking attention and that is wrong people. 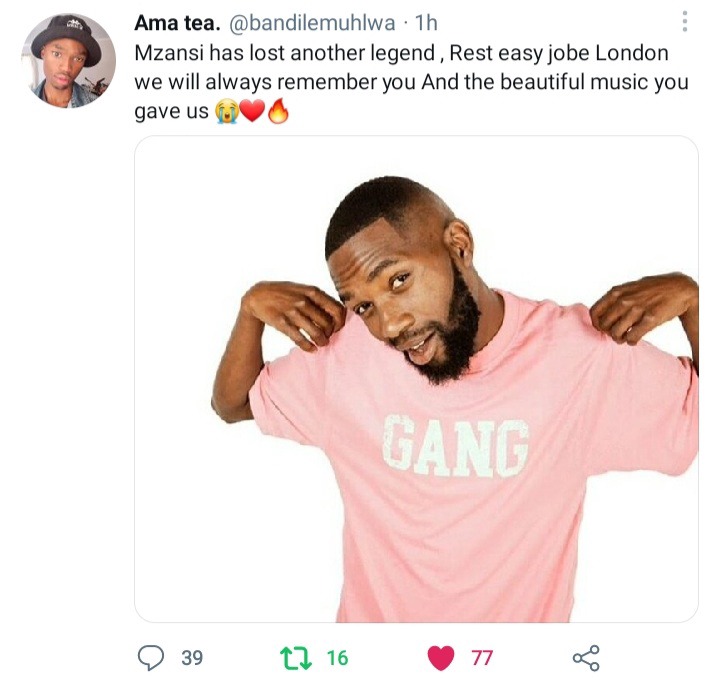 As you can see on the image above, this is the tweet that started going viral which claimed that Jobe London had passed away.

This Tweet is very inappropriate and it is very sensitive to people like Jobe London, remember he just lost his friend and music partner Killer Kau in a car accident earlier this month. Just think of the pain it must've cost for him to wake up to news that he is dead while still mourning for his friend.

I honestly think that our Twitter celebs should just stop seeking attention and just stop with the "Rest In Peace" tweets until the family of the alleged decease has confirmed.

This is not the first time that a celebrity has been on the top trends for being dead while still alive. It has happened to numerous number of celebrities in Soutb Africa before. The only thing we can hope for is that this kind of acts will come to an end one day. 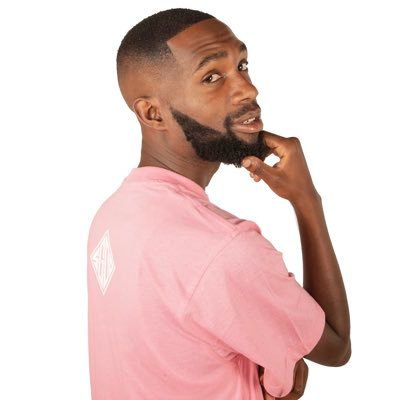 Enyobeni survivors speak out how free alcohol where being served

Foreigner who killed Limpopo teacher is sentenced. She was his girlfriend

Here Is Why The Community Is Demanding Answers Over The Enyobeni Crisis.

Unexpected ||• Fire Masilela Son Thamsanqa Masiya Expect to sign with this Club based in Gauteng.