By BasilVutomi (self media writer) | 5 months ago 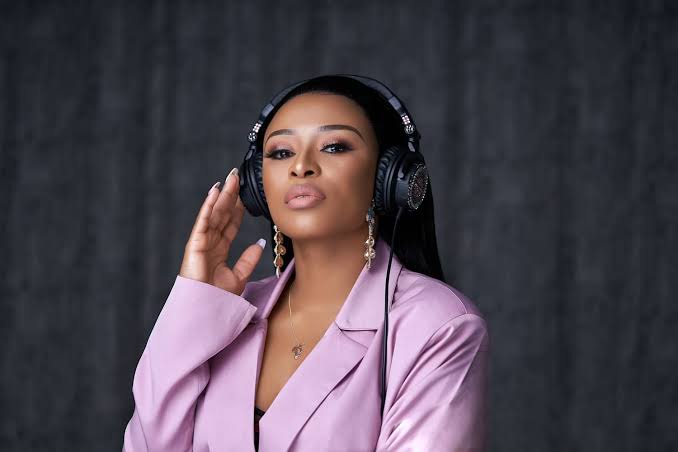 Popular South African DJ, producer, media personality and business woman, DJ Zinhle real name Ntombezinhle Jiyane announced on Monday that she will be having a new show on BEt Africa.

On a short statement made on Twitter, DJ Zinhle wrote "I have big and unexpected news for you this Monday.Allow me to introduce my very own show coming to ⁦BET_Africa⁩ channel 129 this September!" The tweet reads

The DJ already wears different caps beyond her music career, last year she launched a jewellery line that now includes a collection of costume jewellery, which includes hoop earrings, chokers and necklaces.

Of her latest venture, Zinhle expressed her enthusiasm. " I know this is unexpected but I’m so excited to share this part of my life with you all! See you on the 18th, right?" She said

Following her announcement, messages to congratulate her from her fans started coming in, one of her fans @redegadelia wrote "Congratulations on your imminent new babies! You are such a fabulous talented multitasker! You've got this!"

Meanwhile the DJ also has also recently launched her own hair brand, Hair Majesty, through which she promised to empowering more women.

Posting on her social media platforms after that announcement of the hair line, DJ Zinhle made a video for social media in which she showcased the different lace wigs from her new range.

Meanwhile, Zinhle has remained quite following speculations that she was pregnant. Her fans have been waiting for her to make an announcement or dispute these but none has come from her. Zinhle has only posted pictures of her baby bump on social media which made fans to conclude the pregnancy speculations.

Zinhle, who is alleged to be currently dating one of the members of the music group Black Motion, Bongani “DJ Murdah” Mohosana already has a six-year-old daughter with rapper Kiernan Forbes popularly known as "AKA"

DJ Zinhle started her career in the early where she went on to produced hits in including the notable Mlilo. She was also nominated for SAMas and Metro FM Awards.

Content created and supplied by: BasilVutomi (via Opera News )

GOOD NEWS -Gugu Gumede is pregnant with her first child

" Metro FM is the most toxic environment " says Pearl Thusi.