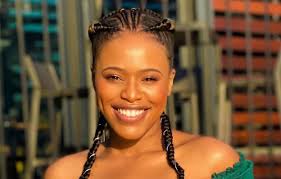 Popular actress Natasha Thahane might have thought she was in the clear after she releasing an official statement, clarifying what she meant by the R1 million funding from the Department of Sports, Arts and Culture she was awarded to go and study at the New York Film Academy.

However, Twitter users are not looking to let her off the hook just yet and now they have dragged her boyfriend Thembinkosi Lorch, a football playing for Orlando Pirates in the process.

Slik Talk YouTube videos, always gain traction because some people feel as though he speaks nothing but facts. This time he took aim at Natasha Thahane and the scandal she is involved regarding the incriminating information she let slip during her interview on Podcast and Chill with Mac G.

Natasha is a New York Film Academy alumni and she needed funds to pay for her tuition fees there, then she said she approached politician Baleka Mbete to help her obtain the funds. In the interview Natasha thanked the politician for helping her obtaining R1 million from the government department.

However, after her revelation, the actress was dragged by social media users and Natasha finally released a video on social media to set the record straight.

"I did not receive R1 million from Baleka Mbete or the department of arts and culture. If you receive to the interview you would realize that I was taken out of context and before I even go through the process I would profusely like to apologize to Baleka Mbete and the department of sports, arts and culture because when I watch back and listen to the interview it sounds like I have personal relationship with Mam'Baleka which is not the case".

Now the YouTuber, was not impressed by this and decided to diss Natasha and her boyfriend Lorch. Slik Talk said he does not like Natasha at all anymore and said he would have probably liked her if she admitted to eating the money she allegedly received from the politician. 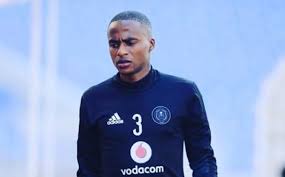 A Poster Was Posted For The Workshop He's Going To Host But Instead Mzansi Thought It Was For This.

The Lady Is Trending After Passing Grade 12 At The Age Of 31.

You Call Me Your Friend And You Want To Snatch My Husband, It's Not Possible- Mistura Asunramu Says