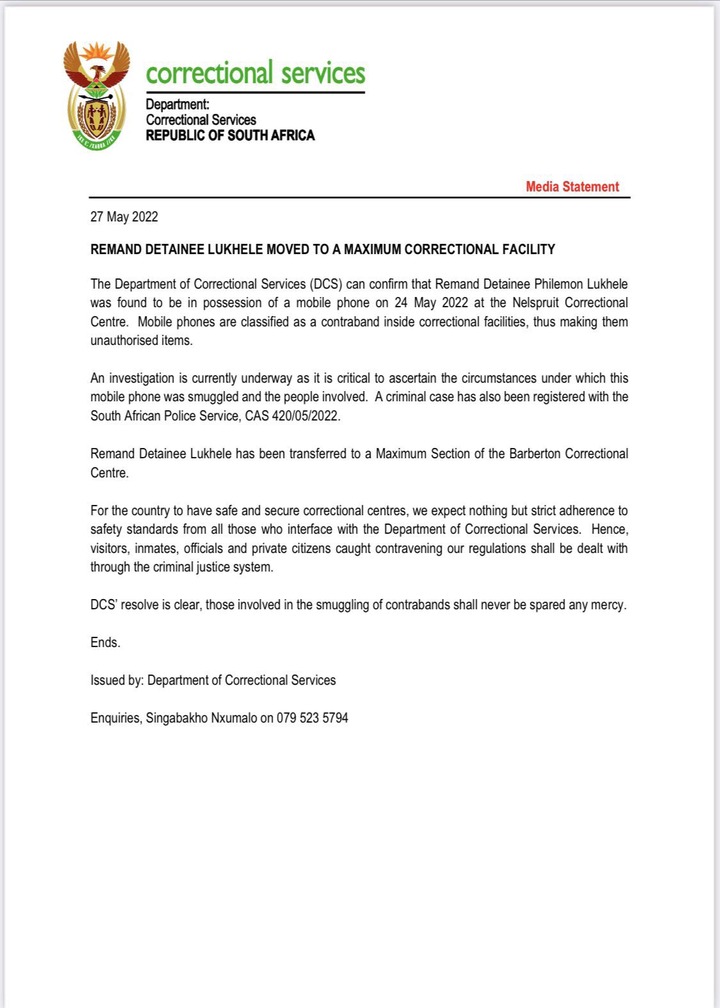 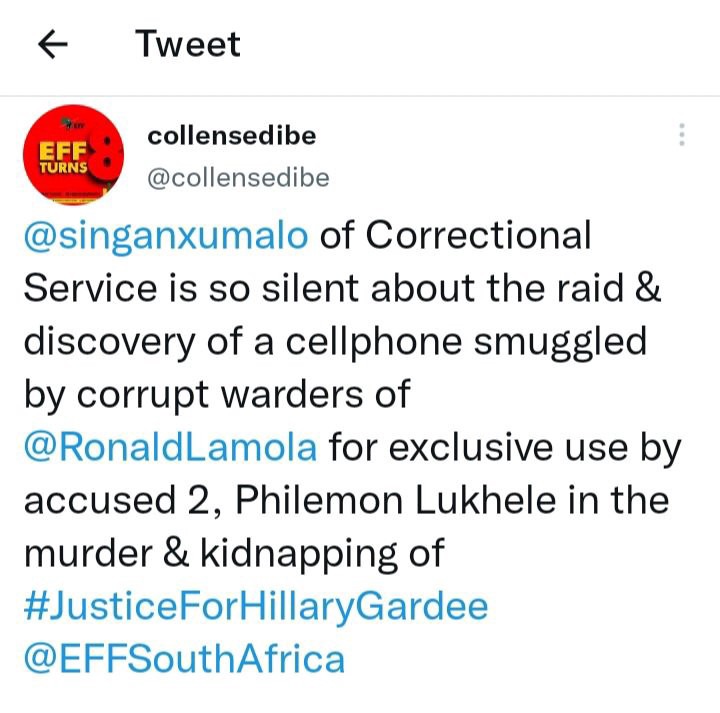 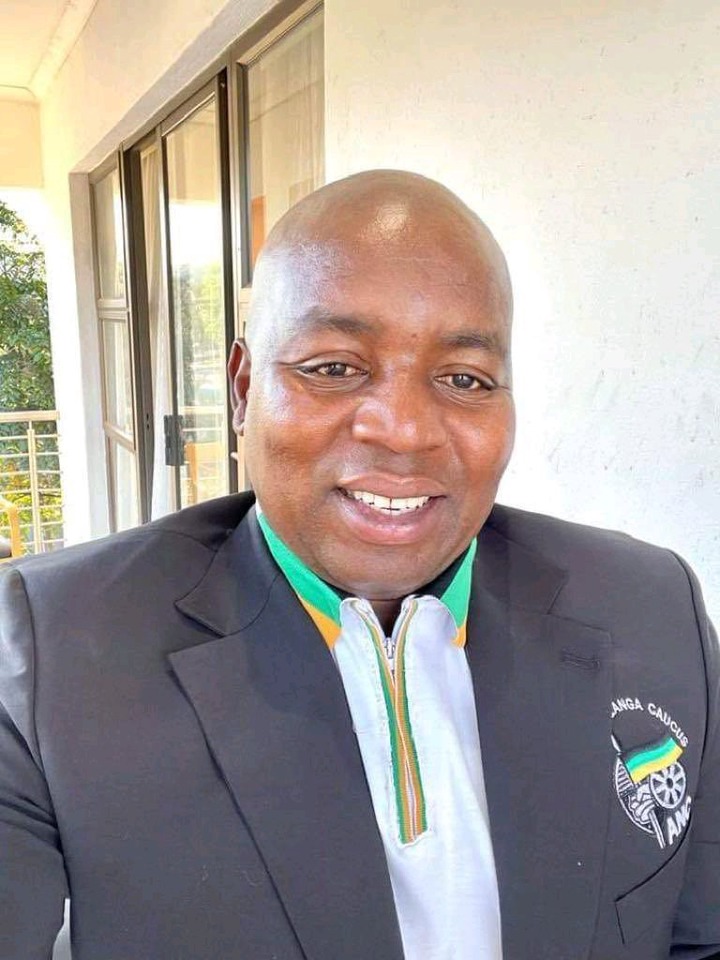 Following Sedibe's exposé, the Department of Correctional Services verified that Fighter Sedibe's charges were correct. Lukhele was found in possession of a smartphone while incarcerated, according to the police. The cellphone is said to have been discovered during a raid by jail personnel.

Singabakho Nxumalo, a department spokeswoman, has reportedly made a statement stating that Lukhele has been transported to the Barberton Correctional Centre's Maximum Section. "The Department of Correctional Services (DCS) can confirm that Remand Detainee Philemon Lukhele was discovered in possession of a mobile phone on May 24, 2022 in the Nelspruit Correctional Centre," the statement reads in part. Cellphones are considered as contraband within correctional facilities by law, making them unauthorised objects, according to the statement.

The police are currently looking into how the phone was smuggled and who was involved. The South African Police Service has also opened a criminal case, CAS 420/05/2022, according to the statement. Those who are found to be involved, according to Nxumalo, would be severely punished. Correctional Service, in my opinion, should examine themselves because one of their employees delivered the phone and left the suspect alone. We know how they operate, and bribing those wardens is simple.

Lukhele, who is linked to the ANC, appears to be a troublemaker. According to an exclusive News24 report, Lukhele signed an affidavit claiming that the police tortured him in order for him to incriminate Floyd Shivambu in Hillary's gruesome murder.

Tawanda Bobo Murder Case : What you need to know about Deliwe (pictured) and post-moterm results